Avoid the mistake of overfitting and underfitting.

As a machine learning practitioner, it is important to have a good understanding of how to build effective models with high accuracy. A common pitfall in training a model is overfitting and underfitting.

Let us look at these topics so the next time you build a model, you would exactly know how to avoid the mistake of overfitting and underfitting.

The two variables to measure the effectiveness of your model are bias and variance.

Please know that we are talking about the effectiveness of the model. If you are wondering about model validation, that is something we will discuss in another article.

_Bias _is the error or difference between points given and points plotted on the line in your training set.

_Variance _is the error that occurs due to sensitivity to small changes in the training set.

Bias-Variance. Image by the author.

I’ll be explaining bias-variance further with the help of the image above. So please follow along.To simply things, let us say, the error is calculated as the difference between predicted and observed/actual value. Now, say we have a model that is very accurate. This means that the error is very less, indicating a **low bias and low variance. **(As seen on the top-left circle in the image).

To simply things, let us say, the error is calculated as the difference between predicted and observed/actual value. Now, say we have a model that is very accurate. This means that the error is very less, indicating a **low bias and low variance. **(As seen on the top-left circle in the image).

If the variance increases, the data is spread more which results in lower accuracy. (As seen on the top-right circle in the image).

If the bias increases, the error calculated increases. (As seen on the bottom-left circle in the image).

High variance and high bias indicate that data is spread with a high error. (As seen on the bottom-right circle in the image)

This is Bias-Variance Tradeoff. Earlier, I defined bias as a measure of error between what the model captures and what the available data is showing, and variance being the error from sensitivity to small changes in the available data. A model having high variance captures random noise in the data.

We want to find the best fit line that has low bias and low variance. (As seen on the top-left circle in the image). In the process of building a Predictive Machine learning model, we come across the Bias and Variance errors. The Bias-Variance Tradeoff is one of the most popular tradeoffs in Machine Learning. Here, we will go over what Bias error and Variance error are, sources of these errors and how you can work to reduce these errors in your model.

How does Machine Learning differ from traditional programming?

The high school definition of a program was simple. A program is a set of rules that tells the computer what to do and how to do it. This is one of the main difference between traditional programming and Machine Learning.

In traditional programming, the programmer defines the rules. The rules are usually well defined and a programmer often has to spend a good amount of time debugging code to ensure that the code runs smoothly. 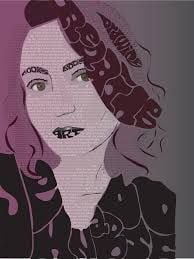 We often wonder how to select a method from a pool of machine learning methods which gives best results for a given dataset.

This brings us to a very important property of statistical learning methods known as bias variance trade off, that emphasizes on how well a model is learning the associations in the training datasets.

In this article, we will discuss what is bias and variance, and how to reduce them. Finally, we will implement a few practical illustrations to see how these concepts can be applied in model building.

There are 3 types of error in predictions due to deviation from the actual truth:

Irreducible error is a measure of noise inherent in the data. There might always be some predictors which have some small effect on the target variable and are not part of our model.

Thus, no matter how good a model we might select, it will not be able to approximate the actual function perfectly, hence leaving the error which cannot be reduced.

So, let’s focus on what we can control while building model i.e. bias and variance and how.

For this purpose, we will use ‘mlxtend’ library (developed by Sebastian Raschka) to calculate ‘bias_variance_decomp’ .

Supervised Learning can be best understood by the help of Bias-Variance trade-off. The main aim of any model comes under Supervised learning is to estimate the target functions to predict the output with the help of input variables. Supervised learning consists of the Machine learning Algorithms, that are used for the data for its analysis by looking at its previous outcomes. Every action, has its outcomes or final target which helps it to be useful. Supervised Learning takes the help of the actions and its previous outcomes to analyze it and predict the possible outcomes of future. In Supervised Learning every algorithms function on some previous known data which is labeled; labeled here means that every information about the data is given. Algorithms is being trained on that labelled data repeatedly and then machine performs the actions based on that training to predict the outcomes. These predicted outcomes are more or less very similar to the past outcomes. This helps us to take decisions for the actions that hasn’t been occurred yet. Whether it is weather forecasting, predicting stock market price, house/property price, detecting email spam, recommendation system, self-driving car, churn modelling, sale of products etc., Supervised Learning comes into actions. In Supervised Learning, you supervise the learning process, meaning the data that you have collected here is labelled and so you know what input needs to be mapped to what output. it is the process of making an algorithm to learn to map an input to a particular output. This is achieved using the labelled datasets that you have collected. If the mapping is correct, the algorithm has successfully learned. Else, you make the necessary changes to the algorithm so that it can learn correctly. Supervised Learning algorithms can help make predictions for new unseen data that we obtain later in the future. It is as same as the teacher-student scenario. A teacher teaches the students to learn from the book (labelled datasets), and students learn from it and later on gives the test (prediction of algorithm) to pass. If the student fails (overfitting or underfitting), teacher tune the students (hyperparameter tuning) to perform better later on. But theirs a lot to catch-up between what is an ideal condition and what in practical possible. As no students (Algorithms) or teacher (datasets) can be 100 percent true or correct in their work. Same way, there are many advantages and disadvantages of every model and data that is been feeded into the model. Datasets might be unbalanced, consists of many missing values, improperly shaped and sized, can contains many outliers that makes any model task difficult to perform. Similarly, every model has its disadvantages or makes error in mapping the outputs. I will talk about these errors that prevent models to perform best and how can we overcome those errors.

Photo by Max Chen on Unsplash

Before proceeding with the model training, we should know about the errors (bias and variance) related to it. If we know about it, not only it would help us with better model training but also, helps us to deal with underfitting and overfitting of model.

This predictive error is of three types:

If you run a learning algorithm and it doesn’t perform good as you are hoping, it will be because you have either a high bias problem or a high variance problem, in other words, either an underfitting problem or an** overfitting** problem almost all the time.

It is vital to understand which of these two problems is bias or variance or a bit of both because knowing which of these two things is happening would give a very strong indicator for promising ways to try to improve the algorithm.

If these are the signs then your algorithm might be suffering from high bias.

If these are the signs then your algorithm might be suffering from high variance.

Some facts just mess up in our minds and then it gets hard to recall what’s what. I had a similar experience with Bias & Variance, in terms of recalling the difference between the two. And the fact that you are here suggests that you too are muddled by the terms.

So let’s understand what Bias and Variance are, what Bias-Variance Trade-off is, and how they play an inevitable role in Machine Learning.

Let me ask you a question. Why do humans get biased when they do? Or what motivates them to show some bias every now and then?

I’m sure you had a good answer or many good answers. But to summarise them all, the most fundamental reason that we see bias around us is —_ ease of mind._

For most of our life’s decisions, we don’t want to put our brains into analyzing each and every scenario. Now one might be investigative, meticulous, or quite systematic while doing things that are important and consequential, but for the most part, we are too lazy to do that.

But how this human intuition of being biased is related to Machine Learning? Let’s understand how.

Consider the figure below.

One could easily guess that this figure represents Simple Linear Regression, which is an _inflexible _model that assumes a linear relationship between input and output variables. This assumption, approximation, and restriction introduce _bias _to this model.

Hence bias refers to the error which is observed while approximating a complex problem using a simple (or restrictive) model.

This analogy between humans and machines could be a great way to understand that inflexibility brings bias.

Observe the figure below. The plots represent two different models that were used to fit the same data. Which one do you think will result in higher bias?

The plot on the right is quite more flexible than the one on the left. It fits more smoothly with the data. On the other hand, the plot on the left represents a poorly fitted model, which assumes a linear relationship in data. This poor-fitting due to high bias is also known as underfitting. Underfitting results in poor performance and low accuracies and can be rectified if needed by using more flexible models.

So how can we get rid of this bias? We can build a more flexible model to fit our data and remove underfitting.

So should we keep building more complex models until we reduce the error to its minimum? Let’s try and do that with some randomly generated data.