An Introduction to Git 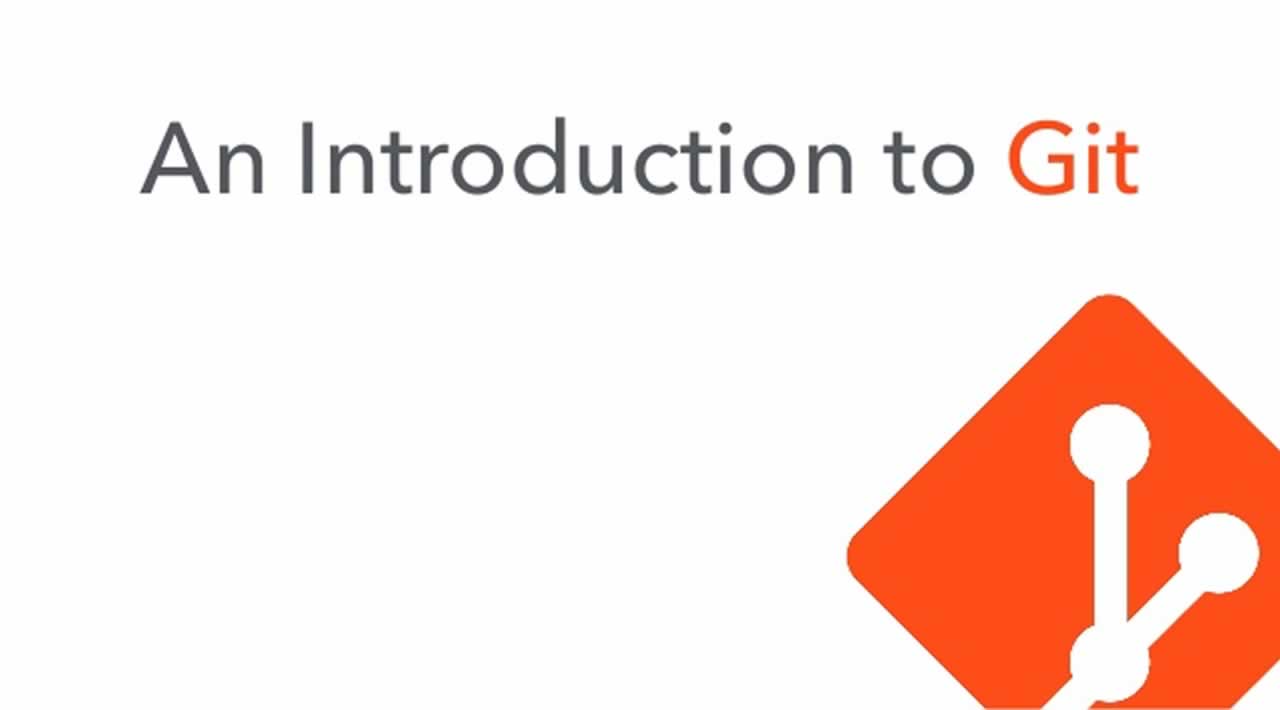 This article provides a beginner friendly introduction to Git. It will give you a basic understanding of what Git is, how to install and configure Git on your machine, and how to save your code to a repository on Github.

This article provides a beginner friendly introduction to Git. It will give you a basic understanding of what Git is, how to install and configure Git on your machine, and how to save your code to a repository on Github.

Git is a free and open-source distributed version control system. In other words, it's an application that keeps track of your code and all the changes that have been made to it in the past. Also, it allows you to share your code with others and collaborate on it without overwriting each other's changes.

Source control is a very important part of any software development process. Source control management systems are designed to keep history and revision information about the files and projects stored in a repository. By storing this information, you'll have a complete history of everything that happened to the projects within the repository. In the event of a catastrophe, you'll be able to recover a previously saved version. In addition, by saving your changes, you will be able to easily share your work with other developers and collaborate on projects regardless of location.

Git was created by Linus Torvalds, known as the father of Linux. Linus became frustrated with the process being used by the Linux development community and wanted to create a better way to share code with other open-source developers who were working on the platform.

It came into being in 2005 with five primary goals:

Since its inception, Git has evolved and matured into a world-class source repository and has been adopted by both the open-source community and enterprise development teams.

There are many reasons for choosing Git. Git is cross-platform; thus, it works on Windows, Mac, and Linux. Git is an open-source project and does not have any licensing costs. You may need licensing if you choose to use an established online provider or if you choose to purchase third-party tools, but the system itself does not have licensing costs. Git is also easy to learn and can be very simple, but it offers complex features that you can take advantage of if you need them or as you grow and require more of their use. With its flexibility and availability, it makes for a very compelling choice.

To install Git, run the command that matches your operating system:

For other unix and linux distributions: https://git-scm.com/download/linux

Once the download is finished, open the file and go through the installation process.

Once the download is finished, open the file and go through the installation process.

Since Git is intended to store code on a server where multiple developers can work on it simultaneously, it's important to let Git know who you are so it can track the changes made by you.

Once you have Git installed, you can set your e-mail address and username. This information will be saved in the Git configuration at the machine level and will also be used for each of the repositories you create locally.

To set your username and e-mail, open a terminal window and execute the two following commands (replace the highlighted text with your username or e-mail):

Your Git username and e-mail are now set!

Previously, we mentioned that Git is a distributed source control system. Which means copies of your source code can be stored on multiple computer systems throughout your network and across the globe. You can have a local Git repository on our own machine and have it sync with repositories on other systems to keep each of them up to date.

In Git, every time you make a series of changes that you want to store as a version, you perform a "commit." Further, a Git repository is a series of commits, with each commit being a snapshot of the contents of the files in your project at the point in time you made the commit.

The point-in-time idea is really important to understanding Git. It means that we decide what, how, and when our changes are shared with other users. In Git, each user has his or her own copy of the repository, with all its history of changes. Each user makes changes to that local copy, commits the changes, and then pushes them to a central, master repository. Once pushed, other users can pull your commits so that they get the latest version of the code files.

In a way, using Git is similar to using other file-sharing services such as Google Drive or Dropbox. The main difference is that you sync your files manually instead of it happening automatically using their software.

GitHub is a company that provides free and paid hosting for Git repositories. Most people are not interested in installing and configuring their own Git servers, so GitHub provides servers for use as a subscription-based service. This is convenient because you, as the user, are not responsible for installation, configuration, backups, security, or any other concerns that come from running your own private server.

In addition, since GitHub is a public-facing website, it makes it easy for other developers to download and work with your repositories. In this scenario, the GitHub servers are used as the central source that any user around the world can access with an Internet connection.

Repositories in GitHub can be marked as public or private. Public repositories on GitHub are intended for use with open-source projects that anyone in the world is allowed to search for and clone (download a copy of). By cloning the repository, a user gets a local copy of all of the files to do with what he or she wishes.

Open-source projects use this to allow people to view and edit their code files. However, GitHub also provides controls that you can set up as to who can commit updates to the repositories. Very rarely should you allow just anyone to make updates, since a malicious (or incompetent) user could damage your code files. However, you often want people anywhere in the world to be able to make a suggestion for your codebase. This is called a “pull request.” A user will suggest changes, and the owner of the repository can review the changes and decide whether or not he or she wants to overwrite the central, GitHub copy of the code files with the requested changes.

Private repositories are used for companies or individuals to host their code to share only with people to whom they explicitly grant permissions. They are not searchable or cloneable by unauthorized users.

There are other companies that do version control if you're looking for alternatives. Some of these include Gitlab, BitBucket, SourceForge, Launchpad, and more.

The cloning process associates a directory on your local machine with a repository hosted on a server (such as GitHub). As part of the cloning process, you will specify where on your computer you wish to store the repository's files and information, and Git will then copy the repository into that location. As part of this process, it will create a hidden directory called “.git” inside the repository folder that is used by Git to keep track of all your local changes. This is a key piece of how the versioning system works.

To clone the sample repository, you will first need to decide on a location on your local drive where you want to keep your repository. A professional developer is usually working on or referencing many different projects that can be stored in many different repositories. Because of this, most developers create a top-level folder (often referred to as a root directory) that will contain all of the repositories you have cloned. This makes it quick and convenient to find the various repositories you are working on.

Steps to Clone the Sample Repository

First, create a folder where you will store all your coding projects (i.e. repos or projects). In the terminal, you can do so with this command:

Then cd into your new folder:

Here are some links with more information on the mkdir and cd commands.

Now, we can clone the sample repository from GitHub to your local machine. You can see this repository here: https://github.com/coder-rocket-fuel/intro-to-git.

This is a public repository, so anyone can see it.

On that page, you should see both a index.html and README.md file.

To clone the repository, make sure you're inside the directory you created and run the following command:

You should now see a directory called intro-to-git in your folder. The default behavior of the git clone command is to create a subfolder with the same name as the repository in your current directory and copy the files from the server source into that directory.

☞ How To Use Git: A Reference Guide

☞ Setting up Gridsome with GitLab, NetlifyCMS and Netlify

☞ Getting Started Faster with Git and GitHub

Hello guys , this is my second post on medium. I am taking a data science bootcamp course at awari.com.br and I intend to write about the topics that I am going to learn. First because I want to share a little of my knowledge and it’s a great way to learn as well. Today I am going to write about Git and Github , explain what they are and describe some basics commands on git.