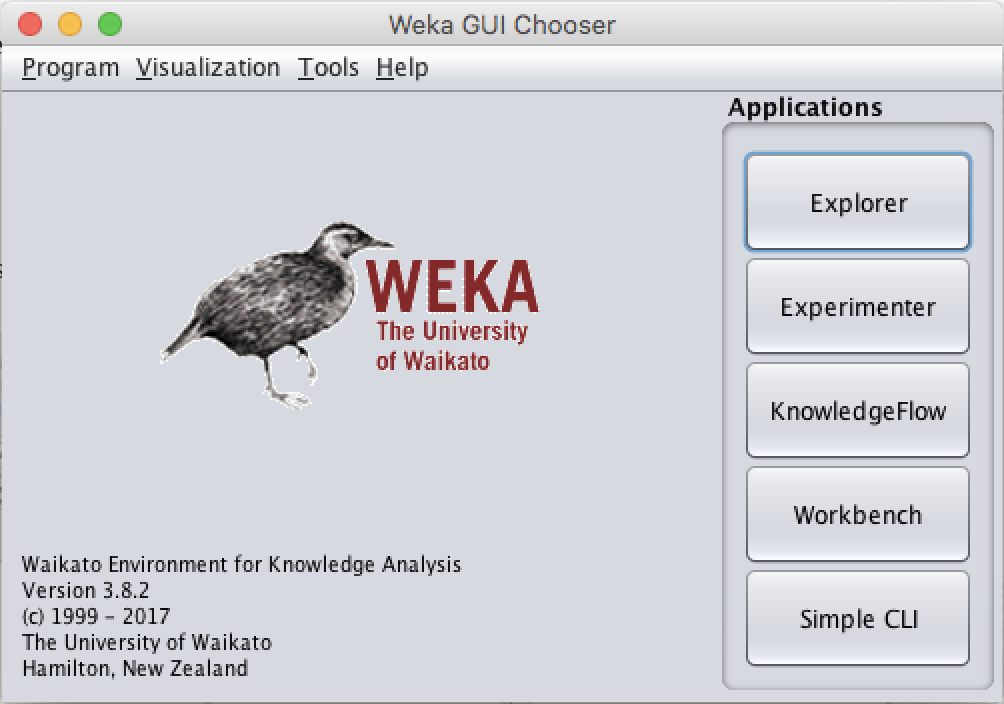 GUI-based Machine Learning with Java. Weka is a Graphical User Interface-based open-source package. It can be used in order to perform common Data Science tasks just by using the graphical interface. Using the Weka AutoML package, you can easily test different Machine Learning models on the fly. Weka also offers a command line interface to use Java code.

Nowadays, programming languages such as Python and R are undoubtedly some of the most in-demand languages in Data Science and Machine Learning.

But is it also possible to perform common Machine Learning and Data Science tasks without necessarily being proficient in coding?

Of course it is! Weka is a Graphical User Interface-based open-source package. It can be used in order to perform common Data Science tasks just by using the graphical interface.

Weka can be easily installed on any type of platform by following the instructions at the following link. The only pre-requisite is having Java 8.0 installed on your local machine.

Once you've installed Weka, you will have a set of standard data processing and inference techniques such as:

Another interesting feature of Weka is the ability to install new packages as they are created.

One example of an additional package you can install is AutoML. AutoML can in fact be particularly useful for beginners who might find it difficult to identify what Machine Learning model might be best to use for a specific task.

Using the Weka AutoML package, you can easily test different Machine Learning models on the fly. It also allows you to auto-tune its hyper-parameters in order to increase performance.

Finally, for more expert users, Weka also offers a command line interface to use Java code. This can be particularly useful especially if you're working with large amounts of data.

Machine Learning with Java and Weka

Machine Learning in Java With Amazon Deep Java Library .In this article, we demonstrate how Java developers can use the JSR-381 VisRec API to implement image classification or object detection with DJL’s pre-trained models in less than 10 lines of code.