After years of development and a whole lot of anticipation, Kite is now available on Linux! You can download it for free here. Kite gives Python developers superpowers, including our Line-of-Code Completions, and integrates as a plugin into PyCharm, IntelliJ, VS Code, Atom, Sublime, and Vim.

In order to provide you with a seamless experience, we’ve made sure Kite for Linux works on a number of Linux distros, including Ubuntu, Debian, Fedora, Arch Linux, Linux Mint, and openSUSE. It also works across a variety of desktops, including KDE, XFCE, Gnome 2, and Gnome 3.

While we first expected to ship support for Linux about a year and a half ago, we decided our core product needed more work before expanding our user base. We felt ready for more users after the launch of Line-of-Code Completions earlier this year, and we’re excited to share Kite with the Linux community now. Kite for Linux is much higher quality today than it would have been in 2017 or 2018.

Speaking of which, we wanted to share some of the progress we’ve continued to make on improving Kite for all our users.

First: more completions! We’ve optimized our type inference engine and added support for completions when users are typing in the middle of a name. As a result, Kite now shows ~1.4x more completions, as you can see here: 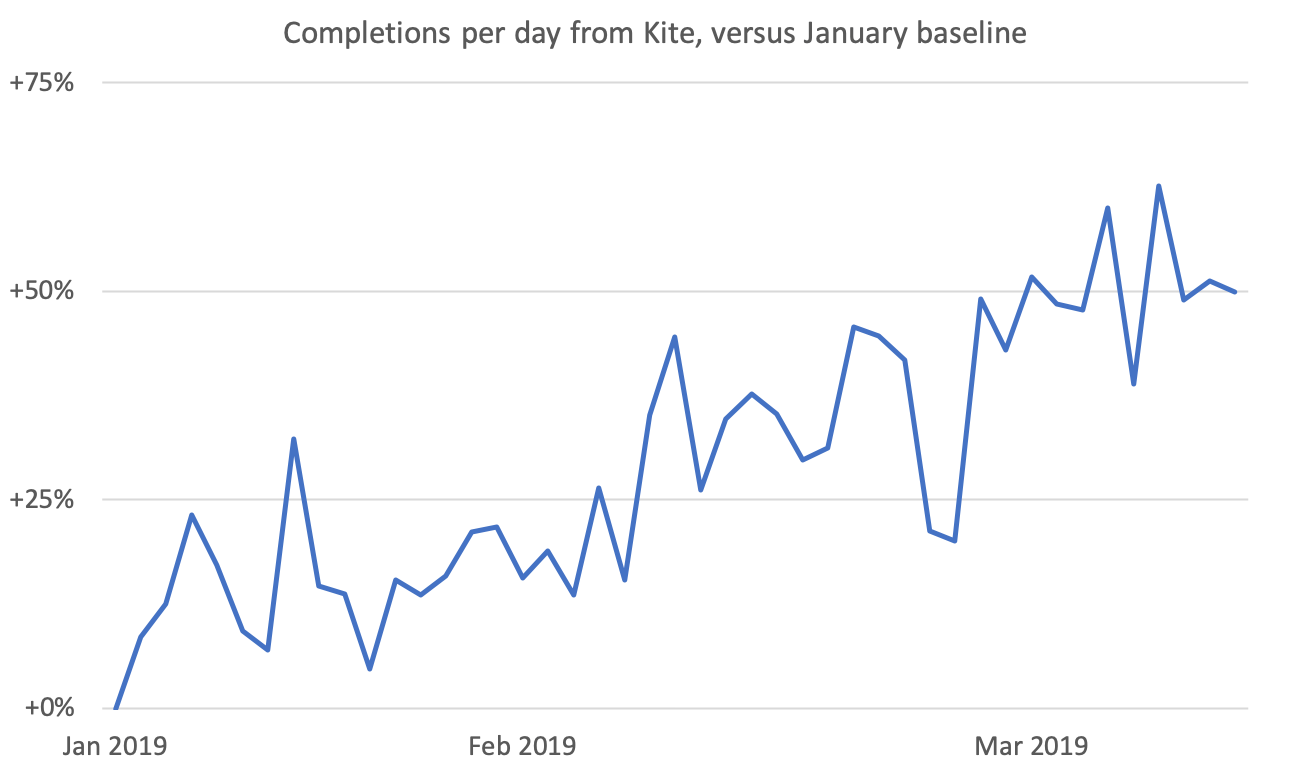 We’ve also been busy improving Kite’s Line-of-Code Completions, which can predict up to the whole line of code you’re typing, as seen in this screenshot:

We’ve seen a 2x increase in the number of times users select Kite’s Line-of-Code Completions as a result of this work.

As always, we’re hard at work enhancing Kite for you! Expect continued progress and even more integrations from here on out.

Check Kite out by downloading it here.

And if you have feedback on Kite for Linux, we’d love to hear it! Simply email feedback@kite.com. 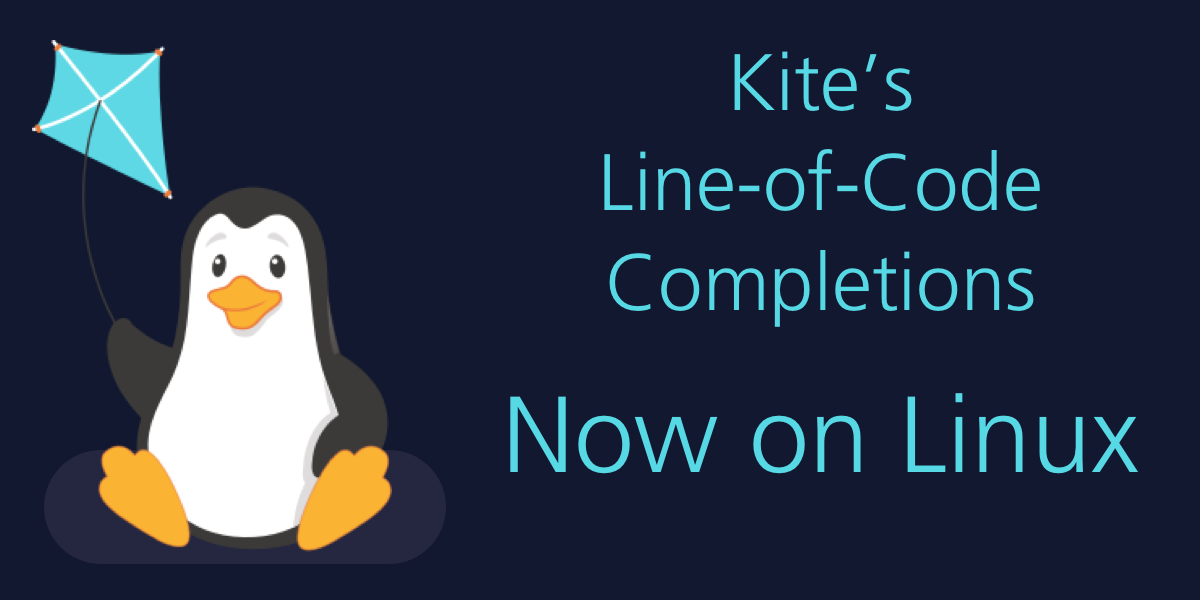