The idea of this project is to build a sentiment analysis model that detects the emotions that underlie a tweet. It makes associations between words and emotions and the aim is to classify the tweets into sentiments like anger, happiness, sadness, enthusiasm etc. rather than the usual sentiment classification that only involves truly contrasting sentiments of Positive and Negative.

We have considered 3 different approaches to build this Social IQ analysis pipeline. They are

The performance of each of these approaches are explained below.

The data can be downloaded from GitHub — https://raw.githubusercontent.com/tlkh/text-emotion-classification/master/dataset/original/text_emotion.csv

The data is in tabular form and each row is divided into 4 columns namely the tweet_id, sentiment, author and content.

The tweets in the data are pulled from Twitter using Twitter API as additional training data. The tweets are classified with their own hashtags — for example “#happy” as the hashtags should be an appreciably good (but far from perfect) representation of the sentiment of the tweet.

Original Dataframe of the Tabular data

The initial spread of Data

Spread of the combined Data

The columns of tweet_id and author are irrelevant for analysis and hence these columns are dropped from the Dataframe and only the content of the tweet and its respective sentiment label is considered.

The content of the tweets contains special characters like @, #, etc., which are removed. And all the words were converted to lowercase.

The universal sentence encoder model encodes textual data into high dimensional vectors known as embeddings which are numerical representations of the textual data. This is a semantic indexing model that has many uses like text classification, semantic similarity, and clustering. This model was chosen for the main reason that it requires no training data and it works on the principle of Semantic similarity.

Doc2vec is an NLP tool for representing documents as a vector and is a generalizing of the word2vec method. In word2vec, you train to find word vectors and then run similarity queries between words. In doc2vec, you tag your text, and you also get tag vectors. This model was chosen because it works primarily on the principle of word embeddings and these embeddings will further help us establish a relationship between related words and group similar words together. Doc2Vec’s learning strategy exploits the idea that the prediction of neighboring words for a given word strongly relies on the document also.

Doc2Vec is a word embedding method. It creates a numeric representation of a document, regardless of its length. The pre-processed data is split into train and test split and the features are vectorized. The Doc2Vec module of “gensim.models” library is used to fit the model. The model is trained for 30 epochs with the vectorized contents of tweets as X and their respective vectorized sentiments as y.

Long Short-Term Memory networks — usually just called “LSTMs” — are a special kind of RNN, capable of learning long-term dependencies. The reason that this particular model was chosen is that a basic RNN can learn dependencies however, it can only learn about recent information. But LSTM can help solve this problem as it can understand context along with recent dependency. Hence, LSTM is a special kind of RNN where understanding context can help to be useful and context is the basic key between differentiating the sentiment labels separately.

After pre-processing the data, the contents of the tweets are tokenized and pushed into a Sequential LSTM model with 4 layers. The model is trained for 15 epochs with 64 as the batch size. “categorical_crossentropy” is used as the Loss function and the “adam” optimizer is used. The model is fits with the contents of the tweets as X and its respective sentiment as y in the form of vectors.

As we can see all three models have only accuracy of about 45–50% on average. But we cannot say that these models don’t perform well based on these accuracy scores. The reason is that the sentiment labels considered are related to other sentiments and hence are redundant. For example, the sentiments of Sad and Worried are so related that, even for a human they would be difficult to differentiate at times. These kinds of outputs, where classifications happened to the closely related sentiments rather than the original sentiment label were termed as “non-Egregious” errors. Considering these non-egregious errors, the USE model was efficient in understanding the core sentiments of the statement well enough with only the Synonym list and no training data. USE model had the highest accuracy if only the egregious errors were considered misclassifications.

USE model tends to have a decent performance and efficiency given that it requires no training. 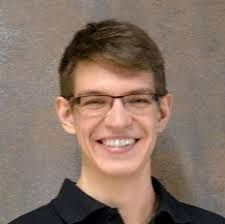