Polymorphism In Java — How To Get Started With OOPs? 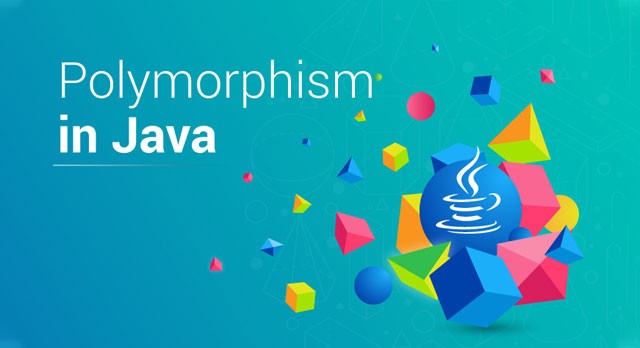 <strong>This article on Polymorphism in Java talks about one of the key concepts of object oriented programming in depth.</strong>

This article on Polymorphism in Java talks about one of the key concepts of object oriented programming in depth.

In the real world, you might have seen a chameleon changing its color as per its requirement. If someone asks, “How it does that?”, you can simply say, “Because, it is polymorphic”. Similarly, in the programming world, Java objects possess the same functionality where each object can take multiple forms. This property is known as Polymorphism in Java, where Poly means many and morph means change (or ‘form’). In this article, let’s discuss this key concept of Object Oriented Programming i.e. Polymorphism in Java.

Below are the topics to be covered in this article:

You can go through this OOPs concepts video lecture from where you can learn each & every nitty gritties of the technology.

Polymorphism is the ability of an entity to take several forms. In object-oriented programming, it refers to the ability of an object (or a reference to an object) to take different forms of objects. It allows a common data-gathering message to be sent to each class. Polymorphism encourages called as ‘extendibility’ which means an object or a class can have it’s uses extended. In the above figure, you can see, Man is only one, but he takes multiple roles like — he is a dad to his child, he is an employee, a salesperson and many more. This is known as **Polymorphism.

Now, let’s understand this by taking a real-life example and see how this concept fits into Object-oriented programming.

Polymorphism in Java with Example

Let’s understand this (the example) with the help of below problem statement.

Consider a cell phone where you save your Contacts. Suppose a person has two contact numbers. For the ease of accessibility, your cellphone provides you the functionality where you can save two numbers under the same name. Similarly, in Java, an object is only one but it can take multiple forms depending on the context of the program. Suppose you want to write a function to save two contact numbers of the same person, you can create it like — void createContact(String name, int number1, int number2). As you can see in the above figure, createContact() method has two different definitions. Here, which definition is to be executed depends upon the number of parameters being passed. If one parameter is passed, then only a single contact number is saved under the contact. But, if two contact numbers are passed to this method at the same time, then both will be saved under the same contact. This is also known as Method Overloading.

Now let’s take another example and understand polymorphism in depth.

Consider a cell phone where you save your Contacts. Suppose a person has two contact numbers. For the ease of accessibility, your cellphone provides you the functionality where you can save two numbers under the same name. Now relating this concept to an object-oriented language like Java, suppose you have a class named XJeans which includes a method named jeans(). Using this method, you can get an Allen Solly jeans. For the Jeans in the neighboring town, there is another class YJeans. Both the classes XJeans and YJeans extends the parent class ABCShoppingCenter. The YJeans class includes a method named jeans(), using which you can get both the jeans variants.

So, instead of creating different methods for every new variant, we can have a single method jeans(), which can be defined as per the different child classes. Thus, the method named jeans() has two definitions — one with only default jeans and other with both, the default jeans and the new variant. Now, which method gets invoked will depend on the type of object it belongs to. If you create ABCShoppingCenter class object, then there will be only one jeans available. But if you create YJeans class object, that extends ABCShoppingCenter class, then you can have both the variants. This is also known as Method Overriding. Thus, Polymorphism increases the simplicity and readability of the code by reducing the complexity. This makes Polymorphism in Java a very useful concept and it can be applied in real-world scenarios as well.

I hope you got an idea on the concept of Polymorphism. Now, let’s move further with this article and understand different types of Polymorphism in Java.

Types of Polymorphism in Java

Java supports two types of polymorphism and they are as follows:

Method Overloading is a feature that allows a class to have two or more method to have the same name, but with different parameter lists. In the below example, you have two definitions of the same method add(). So, which add() method would be called is determined by the parameter list at the compile time. That is the reason this is also known as compile time polymorphism.

Dynamic polymorphism is a process in which a call to an overridden method is resolved at runtime, that’s why it is called runtime polymorphism. Method Overriding is one of the ways to achieve Dynamic Polymorphism. In any object-oriented programming language, Overriding is a feature that allows a subclass or child class to provide a specific implementation of a method that is already provided by one of its super-classes or parent classes.

When you invoke the overriding method, then the object determines which method is to be executed. Thus, this decision is made at the run time.

I have listed down few more overriding examples.

This was all about different types. Now let’s see some important other characteristics of Polymorphism.

Other Characteristics of Polymorphism in Java

In addition to these two main types of polymorphism in Java, there are other characteristics in the Java programming language that exhibits polymorphism like:

Let’s discuss some of these characteristics.

Polymorphic coercion deals with implicit type conversion done by the compiler to prevent type errors. A typical example is seen in an integer and string concatenation.

An operator or method overloading refers to a polymorphic characteristic of same symbol or operator having different meanings (forms) depending on the context. For example, the plus symbol (+) is used for mathematical addition as well as String concatenation. In either case, only context (i.e. argument types) determines the interpretation of the symbol.

Parametric polymorphism allows a name of a parameter or method in a class to be associated with different types. In the below example I have defined content as a [*String](https://www.edureka.co/blog/java-string?utm_source=medium&utm_medium=content-link&utm_campaign=polymorphism-in-java "String*") and later as an Integer:

Note: Declaration of polymorphic parameters can lead to a problem known as variable hiding**.

Here, the local declaration of a parameter always overrides the global declaration of another parameter with the same name. To solve this problem, it is often advisable to use global references such as this keyword to point to global variables within a local context.

With this, we come to an end on Polymorphism in Java article. Do look out for other articles and videos in the series which will help you understand various concepts of Java.

If you wish to check out more articles on the market’s most trending technologies like Artificial Intelligence, DevOps, Ethical Hacking, then you can refer to Edureka’s official site.