My first post starts with ridge regularization, an essential concept in Data Science. Simple yet elegant relationships between ordinary least squares (OLS) estimates, ridge estimates, and PCA can be found through the lens of spectral decomposition. We see these relationships through Exercise 8.8.1 of Multivariate Analysis.

This article is adapted from one of my blog posts with all the proofs omitted. If you prefer LaTex-formatted maths and HTML style pages, you can read this article on my blog. 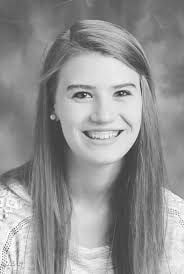 A Deep Dive into Linear Regression

Let’s begin our journey with the truth — machines never learn. What a typical machine learning algorithm does is find a mathematical equation that, when applied to a given set of training data, produces a prediction that is very close to the actual output.

Why is this not learning? Because if you change the training data or environment even slightly, the algorithm will go haywire! Not how learning works in humans. If you learned to play a video game by looking straight at the screen, you would still be a good player if the screen is slightly tilted by someone, which would not be the case in ML algorithms.

However, most of the algorithms are so complex and intimidating that it gives our mere human intelligence the feel of actual learning, effectively hiding the underlying math within. There goes a dictum that if you can implement the algorithm, you know the algorithm. This saying is lost in the dense jungle of libraries and inbuilt modules which programming languages provide, reducing us to regular programmers calling an API and strengthening further this notion of a black box. Our quest will be to unravel the mysteries of this so-called ‘black box’ which magically produces accurate predictions, detects objects, diagnoses diseases and claims to surpass human intelligence one day.

We will start with one of the not-so-complex and easy to visualize algorithm in the ML paradigm — Linear Regression. The article is divided into the following sections:

Note: Knowledge on Linear Algebra, a little bit of Calculus and Matrices are a prerequisite to understanding this article

Also, a basic understanding of python, NumPy, and Matplotlib are a must.

Now, the first thing that comes to our mind when we hear the word linear is, a line.

My first post starts with ridge regularization, an essential concept in Data Science. Simple yet elegant relationships between ordinary least squares (OLS) estimates, ridge estimates, and PCA can be found through the lens of spectral decomposition. We see these relationships through Exercise 8.8.1 of Multivariate Analysis.

This article is adapted from one of my blog posts with all the proofs omitted. If you prefer LaTex-formatted maths and HTML style pages, you can read this article on my blog.

Regularization is a method used to reduce the variance of a Machine Learning model; in other words, it is used to reduce overfitting. Overfitting occurs when a machine learning model performs well on the training examples but fails to yield accurate predictions for data that it has not been trained on.

In theory, there are 2 major ways to build a machine learning model with the ability to generalize well on unseen data:

It has been observed that method #2 yields the best performing models by contemporary standards. In other words, we want our model to have the ability to capture highly complex functions. However, to overcome overfitting, we regularize it.

In the present article we will discuss:

We will use the Boston Housing Prices Data available in scikit-learn.

Effect of regularization on Model Coefficients

Regularization penalizes a model for being more complex; for linear models, it means regularization forces model coefficients to be smaller in magnitude.

First let us understand the problems of having large model coefficients. Let us assume a linear model trained on the above data. Let us assume the regression coefficient for the input LSTAT to be large. Now, this means, that assuming all the features are scaled, for a very small change in LSTAT, the prediction will change by a large amount. This simply follows from the Equation for Linear Regression.

In general, inputs having significantly large coefficients tend to drive the model predictions when all the features take values in similar ranges. This becomes a problem if the important feature is noisy or the model overfits to the data — because this causes the model predictions to be either driven by noise or by insignificant variations in LSTAT.

In other words, in general, we want the model to to have coefficients of smaller magnitudes.

Note: Before fitting the model, we are standardizing the inputs.

We observe the following: