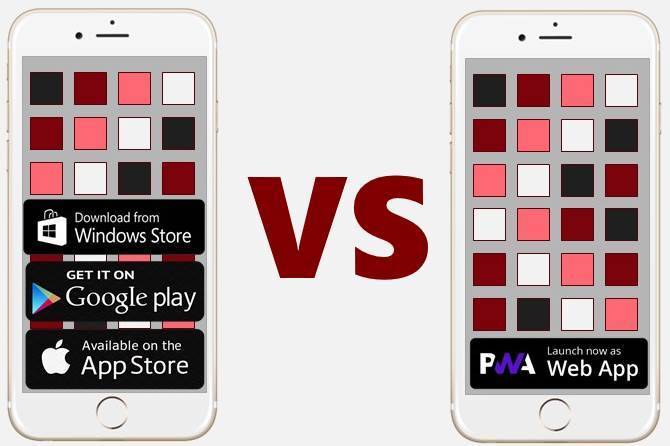 How do Progressive Web Apps compare to Native Apps and which channel should your business chose to connect with your customers or make your employees more productive?

I get asked all the time why should a business chose a progressive web application over a native application.

Why are Progressive Web Apps Better than native apps?

Is PWA the Future?

This makes sense because the traditional choice, at least for about a decade was a mobile app.

When you really break down the differences between PWAs and native apps it comes down to distribution channels.

As far as capabilities there are virtually no difference today.

Progressive Web Apps (PWA) are delivered using HTTPS rendered in a browser, can be added to the homescreen for a fullscreen, app-like experience. Native apps require an app store and multiple steps to download.

PWAs are designed to work on any device in any browser. Native apps are limited to a single operating system and require duplicate code bases

Native apps had all the coolness and the web was pretty weak a few years ago. And of course everyone was nuts about native apps.

It did not look great for the web.

But users have grew tired native apps as time progressed.

The web continues to add more and more new features that deeply integrate with the platform. And service workers make it easy to programatically create a rich offline experience among other things.

On the other side of the equation consumers got tired of native apps. So much so that no one downloads new apps anymore.

Yeah, yeah, I know overall store downloads are large numbers and growing, but...

Native app usage has concentrated around about 10 apps, mostly social media and almost all are owned by Facebook.