How Enterprise Blockchain Solutions help the industry grow much better? 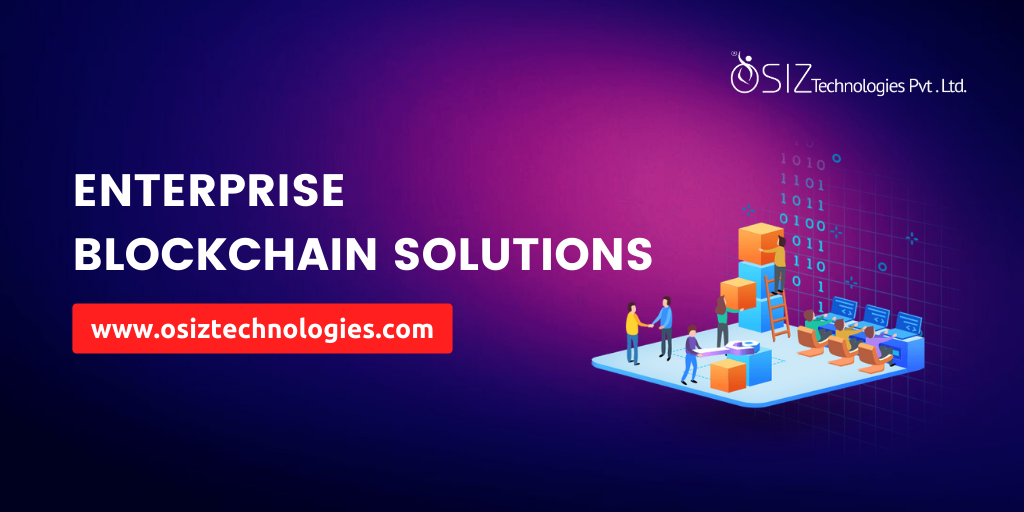 Blockchain is a network of interconnected data blocks, it has a distributed ledger which contains the details of the transactions held on the network. Blockchain has three important features which make it a well-secured platform for the business, Immutable, Transparency, and Decentralized.   Immutable- it is a property in which once the transaction held on the blockchain can not be altered by any others. As the data blocks are interconnected with previous and successive blocks with hash functions. They provide tamper-proof for your data from hackers.   Transparency- It is Property in which transaction held on the Blockchain are viable to all the parties/persons involved in the transactions.   Decentralization - It is a property in which it eliminates third-party authentications(Bank), it helps to have direct connection among the peoples and it avoids 3rd parties like banks.

Why prefer Blockchain Applications for industries

Blockchain is cheaper as compared to the traditional systems, let us have a sample of it with Bank Sectors, Know Your Customer (KYC) is the point where Banks spent a lot of money, as reviewed  An average bank spends £40m a year on KYC Compliance. Some banks may spend up to £300m JP Morgan has reportedly spent up to a staggering £1.6 billion on their compliance department and employed more than 13,000 people to keep track of regulatory changes 70% of the 722 corporate correspondents, who took part in the survey by Reuters, said that client onboarding can take up to 2 months while 10% claimed it can even exceed four months.

The main pitfalls are  The ever-changing regulation policies. Draconian methods which are still followed by some banks.  A few banks are following the traditional paperwork for KYC Compliance.

In recent times all the companies are present online but whereas the identity may be hacked and exploited on the online platform to overcome this blockchain technology provides a well-secured platform to handle the KYC details.

You can achieve this by uploading your identity to the blockchain, and you possess complete control of your data. For example, you want to open an account on a Bank, where you provide your public keys to the bank where it can access your identity details, avoid third-party control of your data. Not only in that Bank also, but you can also open accounts in any of the Banks with the help of identity details provided on the Blockchain.

The Blockchain helps in KYC compliance for the intra-bank and inter-bank functions: Intra-Bank: The KYC performed by the Branch of the bank can be accessed by other branches of that bank.  InterBank: The KYC generated by one bank can be utilized by another bank. It is estimated that Blockchain technology can reduce the Bank sectors costs up to $20 billion in a year.

Charley Cooper, the managing director of R3 consortium, says that trade finance is the ideal sector that can be intruded by the blockchain. There is real-time proof indicating that Blockchain transaction times are lesser than the traditional ones, where SAP recently joined with ATB financial and fintech startup Ripple to Transfer the international Blockchain payment from Alberta, Canada to Reise Bank in Germany. The bank has used the SAP HANA cloud platform and SAP Payment Engine to transact their payment on the Ripples Blockchain network. It takes just 20 seconds to transact the $1000CAD payment through blockchain, usually, it takes 2-6 business days for processing the transaction on traditional trade.EUR 667

While integrating Blockchain into the industry you have to be very careful utilizing it. Let us see how Public and Private Blockchain used in businesses and their features, Public and private blockchain have some similarities like, Thye are decentralized ecosystem and peer-to-peer networks,  Each node involved must download a replica of the blockchain. Authenticate with a consensus Algorithm. They ensure immutability.

The Private Blockchains is not open source, and it is a constraint the anonymous access to the data. These types of private blockchain are suitable for the Enterprises who want to handle their data privately with confined parties to access their authorized data. Access to the user is granted with a consensus like  The current partners are taking part in the ecosystem. An organized authority. A consortium. Once they enter the Blockchain platform they can take part in network maintenance.  The Hyperledger Fabric is a permissioned blockchain framework hosted by the Linux Foundation. It is specifically designed to handle the Enterprise business.

There are Private Blockchains specially designed for the Enterprise requirements and with varied features for it. Expected Features of Enterprise Blockchains The features required for handling the enterprise business operations

As already said public blockchain lack performance as they take longer to process a very few numbers of the transaction, they lack latency. Whereas enterprises demand high efficiency in handling the transaction as it may 100- 1000 transactions per second. To process, the transactions efficiently require well-structured designs

Enterprise blockchain must have a strong comeback from the failures. They must have a robust architectural design to handle the difficulties met, and resume from the bugs. They must provide availability with the support of replication and redundancy to handle the situations. Thus, enterprise Blockchain should extend excessive peer nodes, gathered ordering assistance, and replicate other working blockchain network elements to have hasslefree transactions.

Privacy and Security are two Important factors for Enterprise Blockchains. Even the system is permission enabled blockchain where each entity has entered the ecosystem after validating the consensus. The digital signature stamped network information permits the nodes and clients to check the sender and authenticate message integrity. That is linked with the transport guard to validate the endpoints of the communication and encrypt the transactions. Moreover, automatically applying encryption for the stored data will help with encrypting data in transit and at rest. As this type of method is utilized transparently and pervasively for all secure transactions and stored ledger data, this will help in preserving the integrity and security of the Blockchain network.

The Blockchain is innovative technology advancing with various features to enhance the Enterprise Business processes. This way Blockchain is rapidly revolutionizing industries like Healthcare, Insurance, Banks, Education, Supply chain, FMCG, and E-commerce, etc. Then go for the Best Enterprise Blockchain Solutions Provider to enhance your industry with futuristic Blockchain applications.

Is Blockchain helps in the Sustainability?