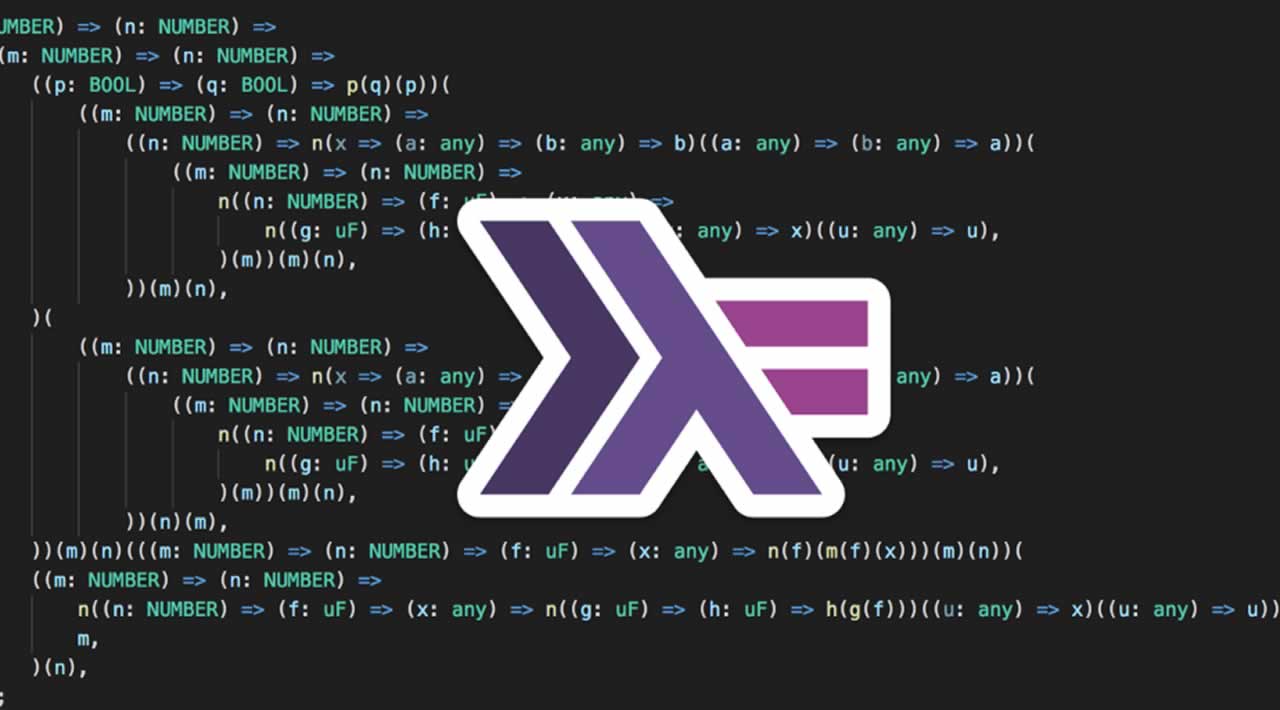 Functional code tends to be more concise, more predictable, and easier to test than imperative or object oriented code — but if you’re unfamiliar with it and the common patterns associated with it, functional code can also seem a lot more dense, and the related literature can be impenetrable to newcomers.

If you start googling functional programming terms, you’re going to quickly hit a brick wall of academic lingo that can be very intimidating for beginners. To say it has a learning curve is a serious understatement. But if you’ve been programming in JavaScript for a while, chances are good that you’ve used a lot of functional programming concepts & utilities in your real software.

Don’t let all the new words scare you away. It’s a lot easier than it sounds.

The hardest part is wrapping your head around all the unfamiliar vocabulary. There are a lot of ideas in the innocent looking definition above which all need to be understood before you can begin to grasp the meaning of functional programming:

In other words, if you want to know what functional programming means in practice, you have to start with an understanding of those core concepts.

A pure function is a function which:

Pure functions have lots of properties that are important in functional programming, including referential transparency (you can replace a function call with its resulting value without changing the meaning of the program).

Shared state is any variable, object, or memory space that exists in a shared scope, or as the property of an object being passed between scopes. A shared scope can include global scope or closure scopes. Often, in object oriented programming, objects are shared between scopes by adding properties to other objects.

For example, a computer game might have a master game object, with characters and game items stored as properties owned by that object. Functional programming avoids shared state — instead relying on immutable data structures and pure calculations to derive new data from existing data.

The problem with shared state is that in order to understand the effects of a function, you have to know the entire history of every shared variable that the function uses or affects.

Imagine you have a user object which needs saving. Your saveUser() function makes a request to an API on the server. While that’s happening, the user changes their profile picture with updateAvatar() and triggers another saveUser() request. On save, the server sends back a canonical user object that should replace whatever is in memory in order to sync up with changes that happen on the server or in response to other API calls.

Unfortunately, the second response gets received before the first response, so when the first (now outdated) response gets returned, the new profile pic gets wiped out in memory and replaced with the old one. This is an example of a race condition — a very common bug associated with shared state.

Another common problem associated with shared state is that changing the order in which functions are called can cause a cascade of failures because functions which act on shared state are timing dependent:

When you avoid shared state, the timing and order of function calls don’t change the result of calling the function. With pure functions, given the same input, you’ll always get the same output. This makes function calls completely independent of other function calls, which can radically simplify changes and refactoring. A change in one function, or the timing of a function call won’t ripple out and break other parts of the program.

In the example above, we use Object.assign() and pass in an empty object as the first parameter to copy the properties of x instead of mutating it in place. In this case, it would have been equivalent to simply create a new object from scratch, without Object.assign(), but this is a common pattern in JavaScript to create copies of existing state instead of using mutations, which we demonstrated in the first example.

If you look closely at the console.log() statements in this example, you should notice something I’ve mentioned already: function composition. Recall from earlier, function composition looks like this: f(g(x)). In this case, we replace f() and g() with x1() and x2() for the composition: x1 . x2.

Of course, if you change the order of the composition, the output will change. Order of operations still matters. f(g(x)) is not always equal to g(f(x)), but what doesn’t matter anymore is what happens to variables outside the function — and that’s a big deal. With impure functions, it’s impossible to fully understand what a function does unless you know the entire history of every variable that the function uses or affects.

Immutability is a central concept of functional programming because without it, the data flow in your program is lossy. State history is abandoned, and strange bugs can creep into your software.

In JavaScript, it’s important not to confuse const, with immutability. const creates a variable name binding which can’t be reassigned after creation. const does not create immutable objects. You can’t change the object that the binding refers to, but you can still change the properties of the object, which means that bindings created with const are mutable, not immutable.

Immutable objects can’t be changed at all. You can make a value truly immutable by deep freezing the object. JavaScript has a method that freezes an object one-level deep:

But frozen objects are only superficially immutable. For example, the following object is mutable:

As you can see, the top level primitive properties of a frozen object can’t change, but any property which is also an object (including arrays, etc…) can still be mutated — so even frozen objects are not immutable unless you walk the whole object tree and freeze every object property.

In many functional programming languages, there are special immutable data structures called trie data structures (pronounced “tree”) which are effectively deep frozen — meaning that no property can change, regardless of the level of the property in the object hierarchy.

Tries use structural sharing to share reference memory locations for all the parts of the object which are unchanged after an object has been copied by an operator, which uses less memory, and enables significant performance improvements for some kinds of operations.

For example, you can use identity comparisons at the root of an object tree for comparisons. If the identity is the same, you don’t have to walk the whole tree checking for differences.

There are several libraries in JavaScript which take advantage of tries, including Immutable.js and Mori.

I have experimented with both, and tend to use Immutable.js in large projects that require significant amounts of immutable state.

A side effect is any application state change that is observable outside the called function other than its return value. Side effects include:

Haskell and other functional languages frequently isolate and encapsulate side effects from pure functions using monads. The topic of monads is deep enough to write a book on, so we’ll save that for later.

This is the reason that most front-end frameworks encourage users to manage state and component rendering in separate, loosely coupled modules.

Functional programming tends to reuse a common set of functional utilities to process data. Object oriented programming tends to colocate methods and data in objects. Those colocated methods can only operate on the type of data they were designed to operate on, and often only the data contained in that specific object instance.

In functional programming, any type of data is fair game. The same map() utility can map over objects, strings, numbers, or any other data type because it takes a function as an argument which appropriately handles the given data type. FP pulls off its generic utility trickery using higher order functions.

JavaScript has first class functions, which allows us to treat functions as data — assign them to variables, pass them to other functions, return them from functions, etc…

A functor is something that can be mapped over. In other words, it’s a container which has an interface which can be used to apply a function to the values inside it. When you see the word functor, you should think “mappable”.

Earlier we learned that the same map() utility can act on a variety of data types. It does that by lifting the mapping operation to work with a functor API. The important flow control operations used by map() take advantage of that interface. In the case of Array.prototype.map(), the container is an array, but other data structures can be functors, too — as long as they supply the mapping API.

Let’s look at how Array.prototype.map() allows you to abstract the data type from the mapping utility to make map() usable with any data type. We’ll create a simple double() mapping that simply multiplies any passed in values by 2:

What if we want to operate on targets in a game to double the number of points they award? All we have to do is make a subtle change to the double() function that we pass into map(), and everything still works:

The concept of using abstractions like functors & higher order functions in order to use generic utility functions to manipulate any number of different data types is important in functional programming. You’ll see a similar concept applied in all sorts of different ways.

All you need to understand for now is that arrays and functors are not the only way this concept of containers and values in containers applies. For example, an array is just a list of things. A list expressed over time is a stream — so you can apply the same kinds of utilities to process streams of incoming events — something that you’ll see a lot when you start building real software with FP.

Functional programming is a declarative paradigm, meaning that the program logic is expressed without explicitly describing the flow control.

Imperative programs spend lines of code describing the specific steps used to achieve the desired results — the flow control: How to do things.

Declarative programs abstract the flow control process, and instead spend lines of code describing the data flow: What to do. The how gets abstracted away.

For example, this imperative mapping takes an array of numbers and returns a new array with each number multiplied by 2:

This declarative mapping does the same thing, but abstracts the flow control away using the functional Array.prototype.map() utility, which allows you to more clearly express the flow of data:

Imperative code frequently utilizes statements. A statement is a piece of code which performs some action. Examples of commonly used statements include for, if, switch, throw, etc…

Declarative code relies more on expressions. An expression is a piece of code which evaluates to some value. Expressions are usually some combination of function calls, values, and operators which are evaluated to produce the resulting value.

These are all examples of expressions: