Explore the various paths to becoming a Mobile Developer in 2020 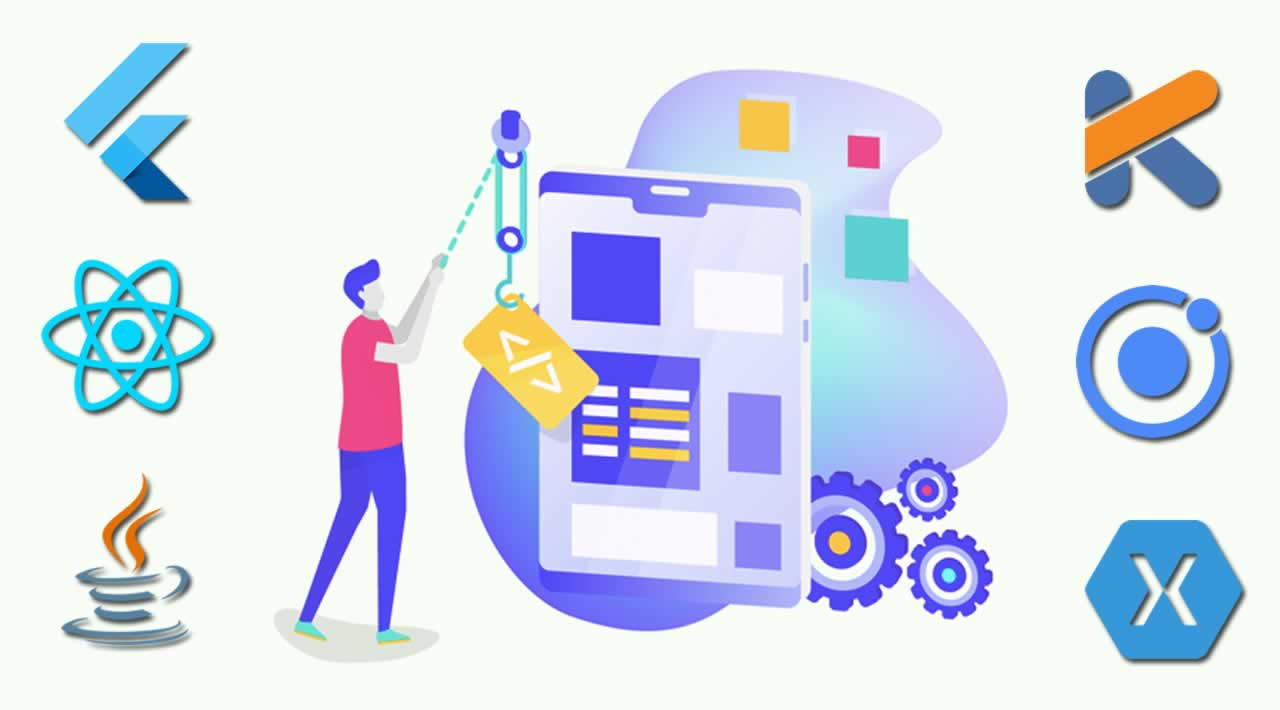 Are you considering mobile development as a career path in 2020? In this article, we will explore the various paths to becoming a Mobile Developer in 2020. Depending on your skillset and use-case you have to pick the type of Mobile App, that you are building: Swift, Objective C, Kotlin, Java, React Native, Flutter, Xamarin, Ionic

Are you considering mobile development as a career path in 2020? Mobile Apps are everywhere and every product has a mobile version in the app store. I hardly ever use my laptop to browse the internet, or shop for products anymore. Today, everything is done using the phone and it makes sense that mobile development is a great career to build as a software engineer. In this article, we will explore the various paths to becoming a Mobile Developer in 2020.

Before we get started, it is important to know that Mobile Development has come long way today, and there are several types of Mobile apps. Depending on your skillset and use-case you have to pick the type of Mobile App, that you are building.

This is the first and the most traditional way of building a mobile app. Native apps are those, that are built exclusively for a specific platform. They could be iOS apps or Android apps, or even Windows apps. Mobile developers who work on native app development need to pick and specialize in one of these platforms. You will hardly ever meet a native mobile developer who builds both iOS and Android apps. This is because, the skillset to build iOS vs. Android native apps are completely different.

Millions of people love apple devices and own an iPhone or iPad. If most of your users are going to be on an iOS device, and you are exclusively building iOS apps, you would need to learn either Swift or Objective-C for coding the app. Apple is known to be restrictive when compared to their other peers. Technologies that were born out of corporate companies like Facebook, Google and so on, there is a heavy push towards being a part of the open-source community. Whereas, with Apple, you don’t see this as much. Swift and Objective C are languages that are used to exclusively build iOS apps, and you may not find any value in them outside of the Apple ecosystem.

Another thing to consider, is that you will absolutely need a MacBook to develop native iOS apps, and that would be your first purchase as an iOS developer.

Android has the largest number of users even today, and building native Android applications is another career path in becoming a Mobile Developer.

Kotlin is an open-source, statically-typed programming language that supports both object-oriented and functional programming. Kotlin provides similar syntax and concepts from other languages, including C#, Java, and Scala, among many others.

Unlike the iOS world, where everything is exclusive to the iOS platform, Android applications use open source languages like Kotlin. This definitely provides a better developer experience overall.

Although native development is still a good option as a career path, it is not always necessary to build native mobile applications. Cross-platform apps are becoming increasingly popular these days.

Cross-platform native mobile apps are apps that are built with a single code-base, for multiple platforms. This means you maintain one code-base and build both native iOS and native Android apps at the same time.

JavaScript has ranked as the most popular and sort after programming language for several years now. React Native is highly appealing to developers because they can use their JavaScript skills to develop mobile applications without any native coding experience. The other impressive aspect of React Native is that the underlying framework is React. React Native uses the same concepts as React, and wraps the components around native mobile components instead of the web components. If you are a React developer, then learning React Native shouldn’t be difficult.

To become a React Native developer, below are the skills that you will need to learn.

Flutter is a counterpart to React Native. It has gained immense popularity as well and is emerging as a great option to build cross-platform mobile applications. Flutter is written in a language called Dart. Flutter is Google’s open-source SDK for creating apps for Android and iOS using single codebase. Google is heavily backing Flutter, just like Facebook is backing React Native. The Google community is invested in making Flutter one of the best solutions out there to build cross-platform apps.

Although, Dart is relatively easy to pick up and is a good programming language, it does not have the popularity that JavaScript has. A developer getting on the Flutter boat, would need to learn Dart. Typically, developers from a C++/Java background can relate to Dart more than a JavaScript developer.

Xamarin is a cross-platform, open source platform that is used to build iOS and Android apps using .NET and C#.

Xamarin is part of the vibrant .NET ecosystem, used by millions of developers worldwide. Xamarin also builds purely native apps cross-platform. The difference between the frameworks is really the tech stack. If you are someone already familiar with Microsoft technologies like C# and .NET, jumping into Xamarin will be an easier transition.

React Native, Flutter and Xamarin are the most popular cross-platform frameworks that build native apps.

Unlike apps built with React Native or Flutter, hybrid apps do not have access to native features of the mobile device out of the box. They use external plugins like Apache Cordova to integrate native features to the app. Hybrid apps render their graphic elements via a browser, which takes several steps to start showing the component on the screen. These are essentially web views. With hybrid technologies like Ionic, it is easy to convert the web app into a Progressive Web App that can be downloaded just like any other mobile app.

Ionic is a hybrid solution to build your mobile apps. It allows you to use standard web technologies like JavaScript, HTML, and CSS to build high-quality, cross-platform apps. It has the same principles where you code once, and that code can be deployed cross-platform on iOS, Android, Web, and desktop.

Ionic Framework has released a free eBook that explains the differences between a hybrid app vs. a native app.

With all these different ways to build mobile apps, let’s look into a quick summary of how they compare with each other.

We explored the different paths that are available to you in becoming a Mobile Developer. What you choose depends on several factors. Consider asking the following questions before picking a path.

When you answer these questions, you will be able to see clearly which path works best for you. I hope you enjoyed this post, and do post your comments here. I would love to hear from you. 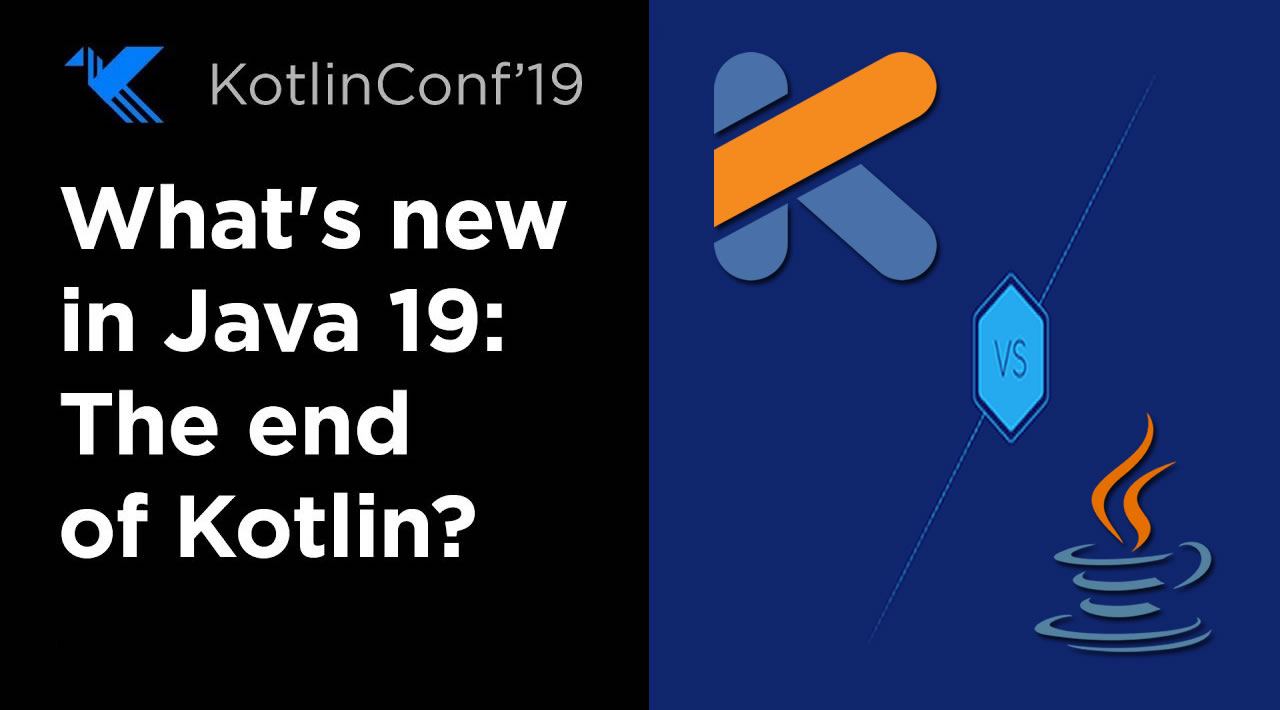 What's New in Java 19: The end of Kotlin? Will Kotlin still have a place in the JVM language ecosystem in a few years? This tutorial will compare and contrast how the two languages approach solving the same problems of today's Java. We'll peer a few years into the future to see where both languages are headed and determine whether we still need a Kotlin

Kotlin's introduction was a breath of fresh air at a time when the pace of innovation in Java felt glacial. Since that time, development of Java has rapidly increased with an emphasis on fixing the pain points of the language and the efficiency of data representation in the VM. Will Kotlin still have a place in the JVM language ecosystem in a few years?

This talk will compare and contrast how the two languages approach solving the same problems of today's Java. We'll look at data-carrying types, asynchronous programming, nullability, and more. For some of these, we'll also see how one language sometimes influenced the other. Finally, we'll peer a few years into the future to see where both languages are headed and determine whether we still need a Kotlin (spoiler: we probably do!).