Forms are a frequent topic in web development as we saw in the earlier interview about a-plus-form.

Forms are a frequent topic in web development as we saw in the earlier interview about a-plus-forms. This time around, I'm interviewing Erik Rasmussen about a popular option, Redux Form.

Can you tell a bit about yourself? 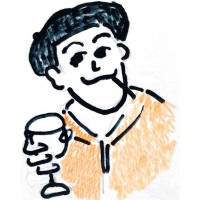 I'm originally from North Carolina, but I hadn't lived in the US since late 2001, when I moved to Birmingham, England. I was there for four and a half years, and now I live in northern Spain with my Spanish wife and two bilingual kids. I'm a transatlantic telecommuter, working from home in Spain for my employer in the US.

I began using React immediately after it was open sourced in 2013, building side projects and ran into all of the state management problems that Flux was introduced to solve. I was active on the Reactiflux Slack channel as Redux was taking shape before its announcement in 2015, back when what is now called reducers were still called stores.

How would you describe Redux Form to someone who has never heard of it?

Web forms have a lot of state involved with them. It might seem like all you have to keep track of is the value of each field, but there is so much more. For example:

Redux Form manages all of that state for you, providing each field with what it needs to render: its value and onChange, onBlur, onFocus, etc. props.

Redux State management is one of the older state management solutions in Flutter environment, but it still amazing. Brian Egan, the maintainer of the package...

I wanted to replace Joiand Redux-Form with Yupand Formik, respectively. “Now why would you want to do that!?”, you might ask. Well let’s quickly go through the reasons for Yup and Formik.

Two Ways of Managing State in a Functional React Form

Passing data to deeply nested child components can be cumbersome, especially when dealing with child components several levels down a component tree. Without React Context or Redux, we resort to a technique called “prop drilling” where we pass data down components even though some of those components don’t need that specific data. State Management: React’s Context API vs Redux !

Introduction to State Management in React with Redux