Starting Node.js on Windows for Beginner 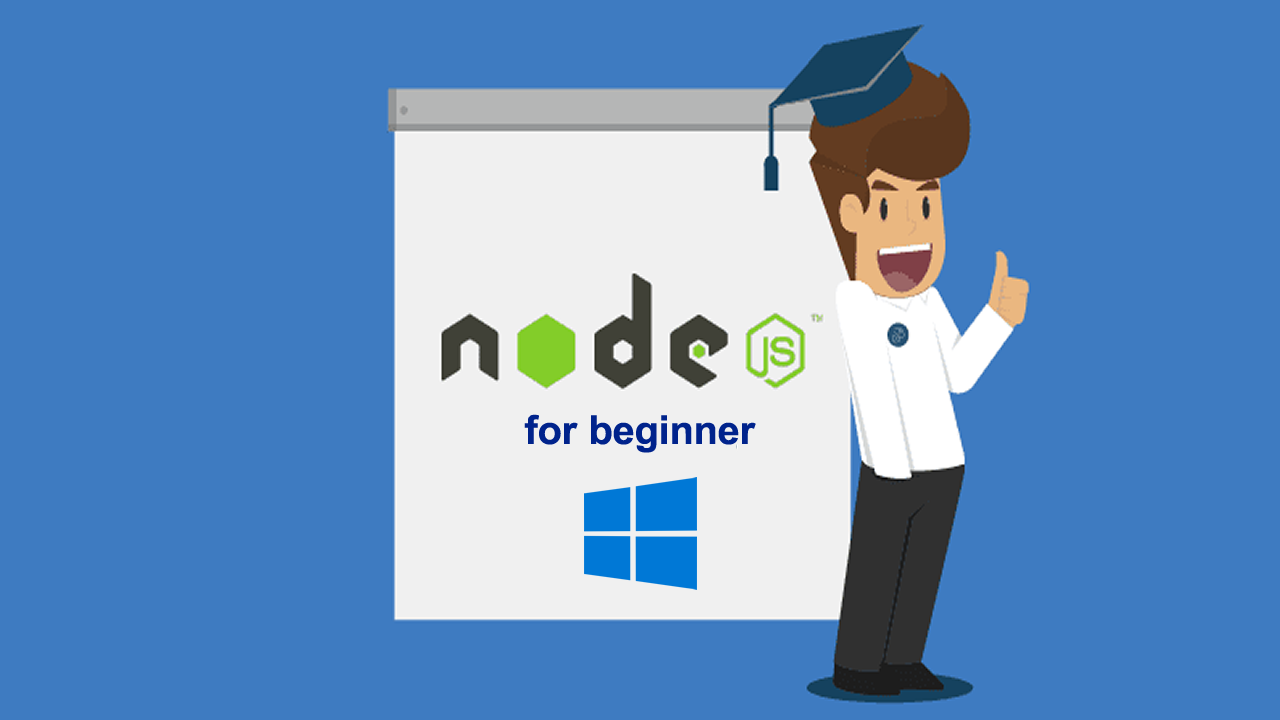 If you're brand new to using Node.js, this guide will help you to get started with some basics.

If you're brand new to using Node.js, this guide will help you to get started with some basics.

This guide assumes that you've already completed the steps to set up your Node.js development environment on native Windows, including:

Installing Node.js directly on Windows is the most straightforward way to get started performing basic Node.js operations with a minimal amount of set up.

Once you are ready to use Node.js to develop applications for production, which typically involves deploying to a Linux server, we recommend that you set up your Node.js development environment with WSL2. Though it's possible to deploy web apps on Windows servers, it is much more common to use Linux servers to host your Node.js apps.

Node.js is a JavaScript runtime primarily used for creating web applications. Put another way, it's a server-side implementation of JavaScript used for writing the backend of an application. (Though many Node.js frameworks can also handle the frontend.) Here are a few examples of what you might create with Node.js.

Try using Node.js in VS Code

Notice that when you type console in your 'app.js' file, VS Code displays supported options related to the console object for you to choose from using IntelliSense. Try experimenting with Intellisense using other JavaScript objects.

Set up a basic web app framework by using Express

Express is a minimal, flexible, and streamlined Node.js framework that makes it easier to develop a web app that can handle multiple types of requests, like GET, PUT, POST, and DELETE. Express comes with an application generator that will automatically create a file architecture for your app.

To create a project with Express.js:

We are using the npx command here to execute the Express.js Node package without actually installing it (or by temporarily installing it depending on how you want to think of it). If you try to use the express command or check the version of Express installed using: express --version, you will receive a response that Express cannot be found. If you want to globally install Express to use over and over again, use: npm install -g express-generator. You can view a list of the packages that have been installed by npm using npm list. They'll be listed by depth (the number of nested directories deep). Packages that you installed will be at depth 0. That package's dependencies will be at depth 1, further dependencies at depth 2, and so on. To learn more, see Difference between npx and npm? on Stackoverflow.

The DEBUG=myapp:* part of the command above means you are telling Node.js that you want to turn on logging for debugging purposes. Remember to replace 'myapp' with your app name. You can find your app name in the package.json file under the "name" property. Using npx cross-env sets the DEBUG environment variable in any terminal, but you can also set it with your terminal specific way. The npm start command is telling npm to run the scripts in your package.json file.

Node.js has tools to help you develop server-side web apps, some built in and many more available via npm. These modules can help with many tasks:

Let's use the built-in OS module to get some information about your computer's operating system:

While working on a project recently, I had to containerize a NodeJs Windows application. I was surprised to find that there was no single official image for the NodeJs Windows container on Docker Hub so I decided to create one.