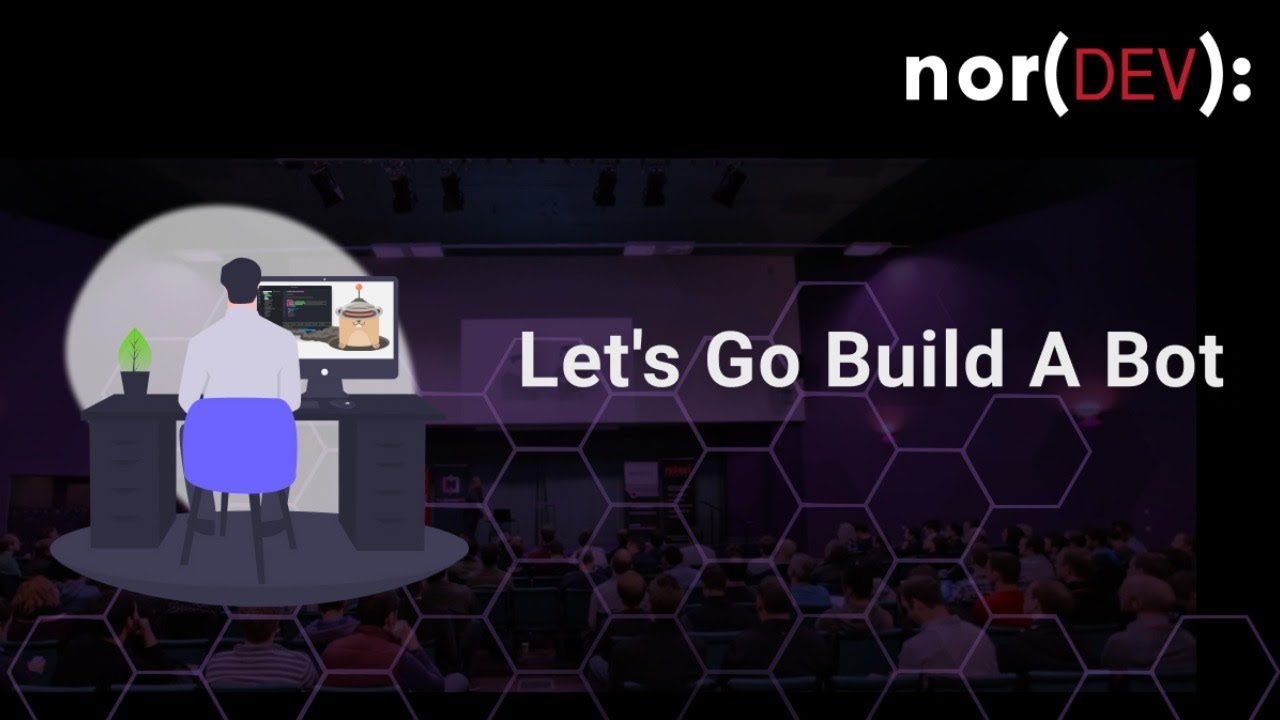 Let's Go Build a Bot. We explored the GoLang programming language, using Docker to containerise the service and then Amazon's AWS ECR, ECS & Fargate to get each Docker tag deployed.

In January, our #WednesdayStreams returned with "Let's Go Build a Bot" and your host Dom Davis! We returned in February, and now for your viewing pleasure, again, March brings Dom & GoLang.

We explored the GoLang programming language, using Docker to containerise the service and then Amazon's AWS ECR, ECS & Fargate to get each Docker tag deployed.

This Bot is a nor(DEV): project, designed to replace the current "dumb" implementation - it will provide event marketing, interaction, and a StackOverflow-esque Q&A service on our Discord.

So, we return in February to see how far we can get. This year we're going to host a range of streams and events around this Bot! Keep those eye peeled and why not get involved? Wanna build a part of the hive mind? A discreet micro-service? The mobile app? Some ML? Give us a shout!

Dom Davis is a veteran of The City and a casualty of The Financial Crisis. Not content with bringing the world to its knees he then went off to help break the internet before winding up in Norfolk where he messes about doing development and devops. Dom has been writing code since his childhood sometime in the last millennium – he hopes some day to become good at it.

Dom is an enthusiastic and impassioned speaker [read: he gabbles] who uses a blend of irreverent sarcasm and flippant humour to bring complex subjects to a broad audience. Whether or not they understand him is up for debate, but he likes to believe they do.

You might want to try something new or wish to take your software development up to the next level. We want to jump into the detail and bring you practical value. We want to make it easy for you to access knowledge, progress and prosper in the highly specialised and valuable field of software engineering.

Our community goes beyond our regular events, we're a thriving support network. Our membership include those that are just starting out, juniors, seniors, and the curious.

In AWS there are a few services which seem similar or related when it comes to containerisation. They do have their nuances so let’s begin with an introduction of what these are and their similarities and differences (according to the AWS documentation)

Learn from Docker experts to simplify and advance your app development and management with Docker. Stay up to date on Docker events and new version announcements!

This Edureka " Docker on AWS for Beginners” video will introduce you to the basics of AWS and discuss the points that make AWS the market leader.