Most of us have had that one experience where we had a ton of dis-organized files in our machines. It happens. One minute, you're opening a large zip file, the next thing you know, the files are everywhere in the directory, mixing with all your important files and randomly placed leaving you with the task of manually sorting what needs to go where. It's a real pain. To ease this process, we're going to delve into file management with python the smart way.

Assuming you've got python up and running already, we're going to take a walk with the OS module and a few others we will introduce along the way. Most of these come with python, so there's no need to install anything else to follow along.

Create a directory to work with. Call it ManageFiles. Inside this folder create another folder RandomFiles. Your directory structure should now look like this:

Create a file createrandomfiles.py inside ManageFiles directory. You now have this:

Done? Now get in the following code, we'll get into its details in a moment.

As of python 3.4, we 've got pathlib, our little magic box. We also import python’s random function for creating random numbers; Hold on to that thought, we’re going to cover it when as we get to the line that uses it.

First off, we create a list of file extensions from where we will get our random files. Feel free to add to it.

Next up, we change to the RandomFiles directory, then comes our loop, so here goes.

We are simply saying, take each item in this list_of_extensions and do the following to it. Let’s take the .txt for instance. We get into another loop, where to this .txt, we do something to it 20 times.

Remember our import of random? We use it to select a random number between 1 and 50 for our file. In short, what this little loop does is save us, the less creative lot(don’t worry, I’m part of this crew), the time of naming random files. We will simply create a file say 23.txt or 14.txt, provided it falls within our range of 50, twenty times. This is just so as to create a mess large enough to give pain when moving manually. The same process will be done with the other extensions. Next? Run this in your terminal.

Congratulations! We now have a mess of a directory. Now to clean it up.

In the same location where our create_random_files.py is, create a file clean_up.py and get the below in.

For this, we import two new libraries; shutil and glob. The shutil will help us move our files while the glob will help find the files to classify. Just like before, this will all become clear as we get to the line.

First off, we get a list of all the files in the directory.

Here, we assume that we do not have a clue of what files are in the directory. This means unlike where you can get all the extensions present manually and use if statements or switch, we want the program to look through the directory and do this for us. What if the file had dozens of extensions or log files? Would you do this manually?

Once we get a list of all the files in the folder, we get into another loop, to get the file extensions of these files.

Notice how we use:

Currently, the our_file variable looks something like this 5.docx (for instance). When we split it, we get this:

So we now have the list of all file extensions present in the folder, whether repeated or not.

To make it non-repetitive, we make a set. This takes all the items from the list and gets only the unique items. In our case, if we had a list where we had an extension say .docx repeating itself over and over in the set would ensure we had only one of it.

Remember our list of file types still has the . for every file extension. This would mean if we were to create a folder named exactly the same way, we would end up creating hidden folders and that is something we do not want.

So, as we loop over this set, we create a directory with the same extension name, only this time, we replace the . in the name with an empty string.

We still need the .docx extension to move the files.

This simply implies take any file that ends with the .docx file extension(Notice the spacing used in f’.{type[1:]}').There is no space.

The wild card * means a file can be named anything, provided it ends in .docx. Since we have already placed the period . we take the string we have and have everything else afterwards and that’s why we use [1:] which just means take from after the first character, hence take docx.

What next? Move any file with this extension into the directory named as so.

In this way, once a directory for the first file found in the loop has been created, no other duplicates can be made. In short, we will not have a folder to store 5.docx and many others to store 34.docx and so on. Once we have a directory made, all other folders looking like so will move there. That’s it!

You can alternatively, use generators. This is a fancy way of creating a list with a one liner.

Both of these will work. You’ve now got all your files sorted according to extension.

Woosh! That was a lot.We did save some time though. Any questions? Feel free to reach out. That’s it for now.Stick around as we take it up a notch next week.

Originally published by Marvin  at dev.to 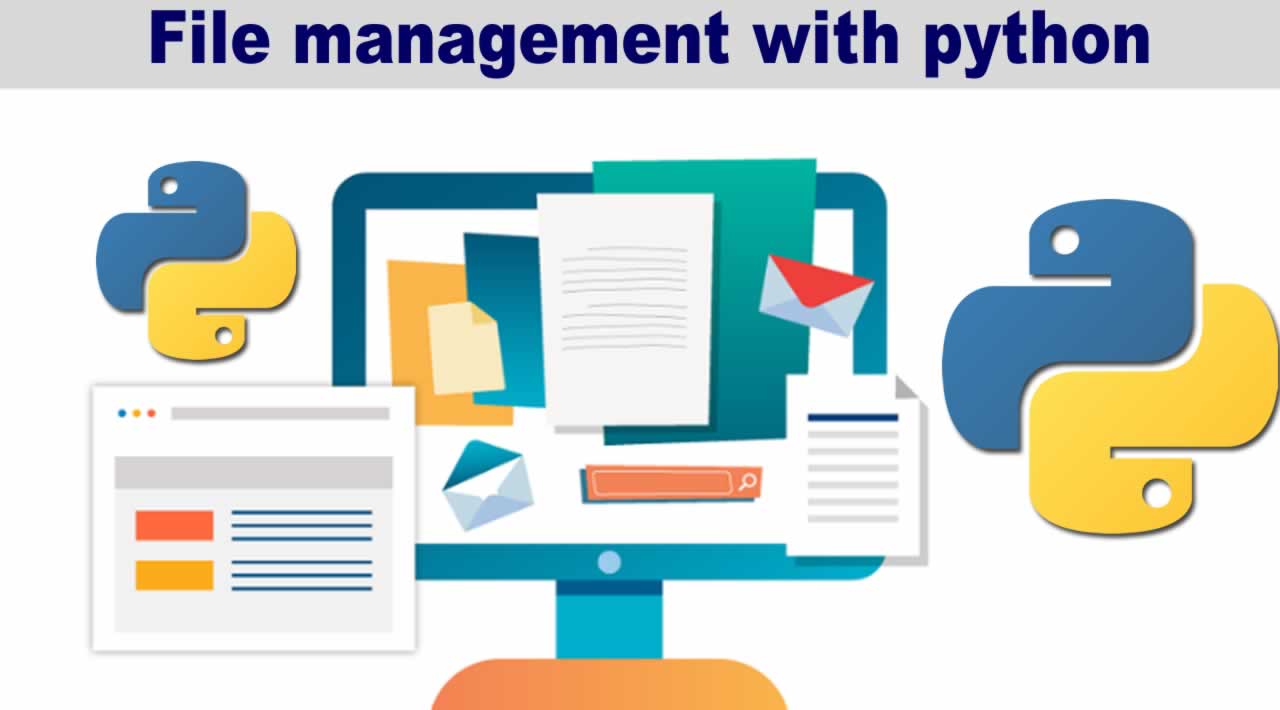 Python for Beginners #2 — Importing files to python with pandas

Use pandas to upload CSV, TXT and Excel files

Story time before we begin

Learning Python isn’t the easiest thing to do. But consistency is really the key to arriving at a level that boosts your career.

We hear a lot about millennials wanting things to easy. In reality, there are a lot of young professionals who believe that they can do more for their companies but are being held back by the work cultures they are faced with at the onset of their careers.

Having been lucky enough to have found a job after my studies, I remember immediately feeling a wave of disappointment a very short while after starting my new job. I felt like a cog in a massive machine. I wasn’t really anything other than a ‘resource’. An extra 8–15 hours of daily man power depending on my boss’ whim.

The result, was the eventual disenchantment and lack of motivation simply because, for the most part, I was expected to be quiet and do my job in the hope of one day being senior enough to effect significant changes. And while the older generation would generally tell me to suck it up, I couldn’t see myself sucking it up for 5 years or more. I knew I’d get stale and afraid of change, much like those telling me to stay in my place.

For anyone in a similar situation,**_ do your best to improve on your skills _**and find an environment that works for you. That’s the whole purpose of these articles. To get you on your way to freedom.

For this demonstration, I’ll use data from this Kaggle competition. It’s a simple CSV file containing data on individuals in the Titanic and the different profiles i.e. (age, marital status etc.)

I want to import this file to python. I’ll show you how to do this alongside all the possible troubleshoots you may encounter.