Many more people are starting to learn Python, as it has become one of the most popular programming languages for almost anything, like web development, scientific computing, and certainly artificial intelligence.

No matter where you’re going with Python, you unavoidably have to learn Python’s data structures, variable and function declarations, conditional statements, control flows, and other basic concepts.

One important “Pythonic” feature that can be puzzling to many beginners is the list comprehension—a concise way to create lists.

Heard of it before, but don’t know what it is?

Great, this article will provide you with a head-start for mastering list comprehensions in your Python learning adventure.

For the purpose of easier organization, I’ve listed nine things that we should know about list comprehensions, including its syntax and various use cases.

The most basic list comprehension has the following syntax.

As mentioned previously, it serves as a concise way of doing certain things, such as creating lists. The expanded form is usually expressed as a for loop, in which each item of the iterable runs certain operations as specified in the expression.

It’s not surprising at all that the most popular usage is to create a list concisely.

Suppose that we don’t know list comprehensions, we’ll probably do something like the below when it comes to the creation of a list. To do that, first, we’ll declare an empty list. Second, in the for loop, we append each item to the list.

As mentioned in the basic syntax section, we can “compress” the for loop statement into one line — using the list comprehension with just one line of code, we can conveniently create a list by iterating the original list.

In this case, we need a conditional statement to filter out the items in the existing list that don’t meet certain criteria. The corresponding list comprehension has the following syntax.

Here’s an example of this usage.

If we have a more complicated evaluation of the condition, we can even use a function.

Sometimes, we don’t want to filter out the items from the original list.

Instead, we want to evaluate the condition to determine which expression is used. The syntax and its usage are given below. The syntax is also explained below.

In some situations, you may have seen people use map() to create a list. Specifically, the map() function has the following syntax together with an example of its basic usage.

One thing to note is that the map() function returns an iterable object, and thus we can use the list() function to generate a list from this iterable.

As shown previously, we can replace the map() function with the list comprehension.

Suppose that we have a tuple in the code snippet below, and we want to create a new list of items that are squares of all numbers in the tuple.

In this case, we can use the nested list comprehension, the syntax of which is also shown below.

Although it’s technically possible to have multiple levels for the nested list comprehensions, for readability, it’s not recommended to have more than two levels.

One of the new features in Python 3.8 is the introduction of the walrus operator (:=), which is used in assignment expression.

Suppose that we want to draw ten times from a list of letters, and the list that we’re creating will only include vowels from these drawings. Here’s how we can do it using the walrus operator in the list comprehension.

Specifically, in the example below, we evaluate whether a random letter drawn from the letters is a vowel, and if it is, it’ll be assigned to the letter to which the list comprehension’s expression can have access.

Although the list comprehension is known to many people, we can also use comprehension when we create a set. The basic syntax and its usage are shown below.

One major difference is that we use curly braces instead of square brackets. Certainly, by design, the elements in a set won’t have duplicates as opposed to a list where duplicates are allowed.

Please note that we can also use a conditional statement in a set comprehension.

We have list and set comprehensions, and you won’t be surprised to learn that Python also has dict comprehension. The basic syntax and its usage are shown in the following code snippet.

This article reviews the basic syntax of list comprehensions and their usage in various scenarios.

Beyond the list comprehension, we also talked about the set and dict comprehensions. These comprehensions allow us to create these basic collection data types very conveniently in Python with better readability. 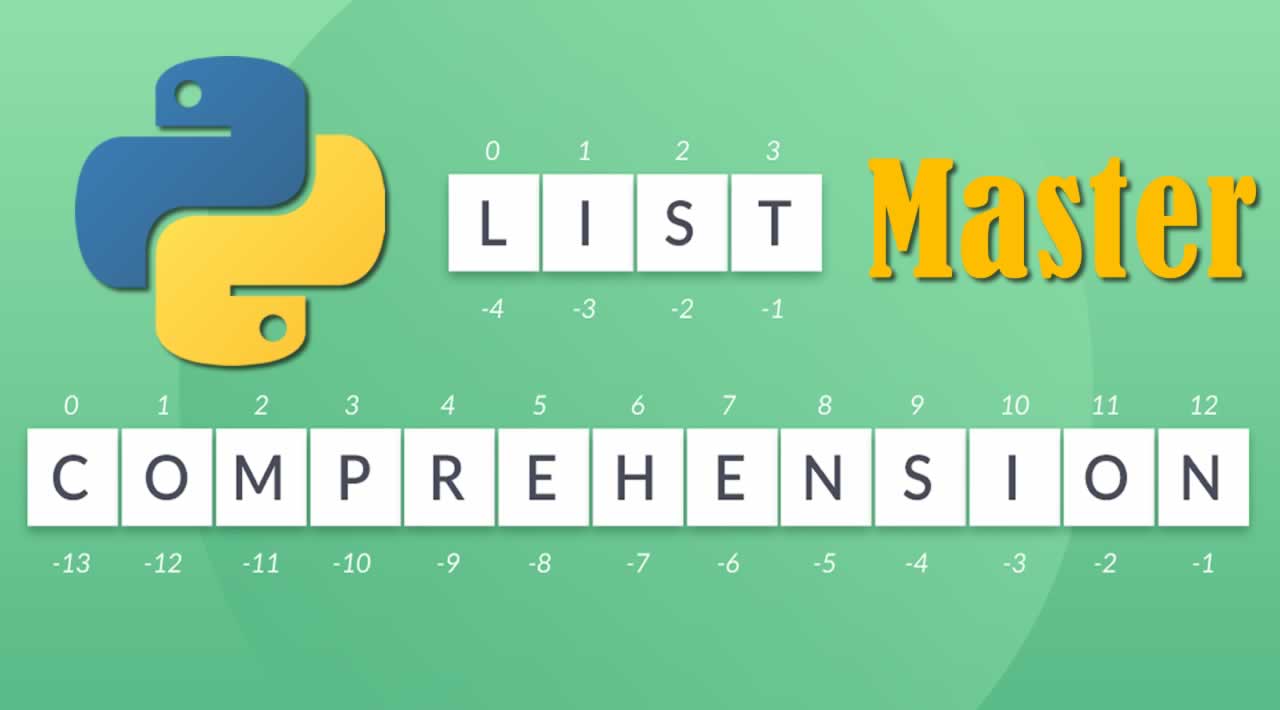 The Beyonic API is a representational state transfer, REST based application programming interface that lets you extend the Beyonic dashboard features into your application and systems, allowing you to build amazing payment experiences.

With the Beyonic API you can:

For usage, general questions, and discussions the best place to go to is Beyhive Slack Community, also feel free to clone and edit this repository to meet your project, application or system requirements.

To set the secrete key install the python-dotenv modeule, Python-dotenv is a Python module that allows you to specify environment variables in traditional UNIX-like “.env” (dot-env) file within your Python project directory, it helps us work with SECRETS and KEYS without exposing them to the outside world, and keep them safe during development too.

Creating a .env file to keep our secrete keys.

Inside your .env file specify the Beyonic API Token .

You will get your API Token by clicking your user name on the bottom left of the left sidebar menu in the Beyonic web portal and selecting ‘Manage my account’ from the dropdown menu. The API Token is shown at the very bottom of the page.

Now we are going to run the following command from the same directory where the docker-compose.yml file is located. The docker compose up command will start and run the entire app. To stop the container running on daemon mode use the below command.

Contributing to this repository. All contributions, bug reports, bug fixes, enhancements, and ideas are welcome, You can get in touch with me on twitter @HarunMbaabu.