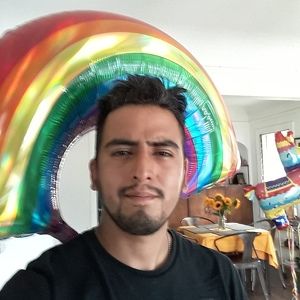 There are a lot of articles appearing about “What is AI” (along with “What is machine learning” and “What is reinforcement learning”) that talk about these terms using vague language. Particularly frustrating (at least to me) are the number of authors who equate “AI” with neural networks specifically, or machine learning in general.

We are going to make the distinction between learning and making decisions. We learn from observed data, which is why machine learning is associated with “big data.” Decisions, on the other hand, are designed using models. You cannot learn how to dispatch a fleet of trucks by observing the decisions of dispatchers.

Computer scientists interpret “AI” broadly as capturing any behavior that makes computers behave like humans. In this article, I am going to focus on the tools that are most widely used in business that are described as “AI.” These include

1) Rule-based logic — This was the original form of “artificial intelligence” in the 1960’s and 70’s, but it is still used today. “If furniture has four legs and a seat, it is a chair” or “if the credit score is over 600, grant the loan” are simple examples. In a health context, the attributes of a patient are more complicated (“if patient is male, and if a smoker, and if over 50, and if … and if … then order treatment X”). If the input data (for the “if” statements) has more than three or four dimensions, the rule becomes quickly intractable (this is the well-known “curse of dimensionality”). This is the reason that rule-based AI failed, but we note that simple business rules remain widely used today in virtually all systems.

a. Supervised learning — This is the domain of “big data” where a large training dataset consisting of input-response (such as, faces with names — the machine learning community refers to the “response” as labels) is used to train a machine learning model.

b. Unsupervised learning — Here we cluster input data (such as attributes of patients or customers) but without access to labels/responses.

3) Making decisions that interact with the environment — Decisions involve a controllable quantity, and a metric that evaluates the performance of the decision. These arise in both static and sequential settings. Algorithmic strategies for making decisions are quite rich, but for this discussion it is useful to identify the following classes of methods:

a. Rule-based logic — We can use rules to make decisions, such as “if a patient has these symptoms, then apply this treatment.”

b. Deterministic optimization — Powerful solvers for high-dimensional problems known as linear programs (where quantities can be continuous) emerged in the 1990s, followed by breakthroughs for integer programs (where quantities have to be discrete) circa 2000. These are widely used in static planning problems such as airline scheduling. Oddly, these tools are not traditionally associated with “AI” (not sure why).

c. Reinforcement learning — These methods emerged in the 1990s in the context of describing how a mouse finds its way out of a maze, and was ultimately applied to the Chinese game of Go. It has been primarily applied to “single entity” problems such as controlling robots, playing games, or guiding a physician, as opposed to more complex resource allocation problems.

d. Stochastic optimization — This is an umbrella term for a wide range of modeling and algorithmic strategies for solving decision problems in the presence of uncertainty. The problem domain is so rich it has been studied by over 15 distinct research communities, spanning problems from optimal stopping to high-dimensional resource allocation problems. Recently, we have pulled these together into a single, unified framework that draws on the tools of deterministic optimization, machine learning and simulation (see the jungle of stochastic optimization).