Today we will learn how to easily understand neural networks in a visual and intuitive way using Tensorflow's Playground. When constructing a neural network, there are several optimizers available in the Keras API in order to do so.

An optimizer is used to minimise the loss of a network by appropriately modifying the weights and learning rate.

For regression-based problems (where the response variable is in numerical format), the most frequently encountered optimizer is the **Adam **optimizer, which uses a stochastic gradient descent method that estimates first-order and second-order moments.

The available optimizers in the Keras API are as follows: 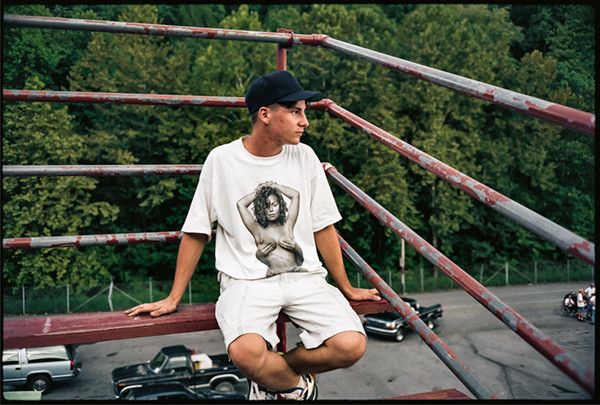 Talking about inspiration in the networking industry, nothing more than Autonomous Driving Network (ADN). You may hear about this and wondering what this is about, and does it have anything to do with autonomous driving vehicles? Your guess is right; the ADN concept is derived from or inspired by the rapid development of the autonomous driving car in recent years.

Driverless Car of the Future, the advertisement for “America’s Electric Light and Power Companies,” Saturday Evening Post, the 1950s.

The vision of autonomous driving has been around for more than 70 years. But engineers continuously make attempts to achieve the idea without too much success. The concept stayed as a fiction for a long time. In 2004, the US Defense Advanced Research Projects Administration (DARPA) organized the Grand Challenge for autonomous vehicles for teams to compete for the grand prize of $1 million. I remembered watching TV and saw those competing vehicles, behaved like driven by drunk man, had a really tough time to drive by itself. I thought that autonomous driving vision would still have a long way to go. To my surprise, the next year, 2005, Stanford University’s vehicles autonomously drove 131 miles in California’s Mojave desert without a scratch and took the $1 million Grand Challenge prize. How was that possible? Later I learned that the secret ingredient to make this possible was using the latest ML (Machine Learning) enabled AI (Artificial Intelligent ) technology.

Since then, AI technologies advanced rapidly and been implemented in all verticals. Around the 2016 time frame, the concept of Autonomous Driving Network started to emerge by combining AI and network to achieve network operational autonomy. The automation concept is nothing new in the networking industry; network operations are continually being automated here and there. But this time, ADN is beyond automating mundane tasks; it reaches a whole new level. With the help of AI technologies and other critical ingredients advancement like SDN (Software Defined Network), autonomous networking has a great chance from a vision to future reality.

In this article, we will examine some critical components of the ADN, current landscape, and factors that are important for ADN to be a success.

At the current stage, there are different terminologies to describe ADN vision by various organizations.

Even though slightly different terminologies, the industry is moving towards some common terms and consensus called autonomous networks, e.g. TMF, ETSI, ITU-T, GSMA. The core vision includes business and network aspects. The autonomous network delivers the “hyper-loop” from business requirements all the way to network and device layers.

On the network layer, it contains the below critical aspects:

On top of those, these capabilities need to be across multiple services, multiple domains, and the entire lifecycle(TMF, 2019).

David Wang, Huawei’s Executive Director of the Board and President of Products & Solutions, said in his 2018 Ultra-Broadband Forum(UBBF) keynote speech. (David W. 2018):

“In a fully connected and intelligent era, autonomous driving is becoming a reality. Industries like automotive, aerospace, and manufacturing are modernizing and renewing themselves by introducing autonomous technologies. However, the telecom sector is facing a major structural problem: Networks are growing year by year, but OPEX is growing faster than revenue. What’s more, it takes 100 times more effort for telecom operators to maintain their networks than OTT players. Therefore, it’s imperative that telecom operators build autonomous driving networks.”

“The goal now is a self-driving network. The call to action is to embrace the change. We can all benefit from putting more time into higher-layer activities, like keeping distributors out of the business. The future, I truly believe, is about getting the network out of the way. It is time for the infrastructure to take a back seat to the self-driving network.”

Is This Vision Achievable?

If you asked me this question 15 years ago, my answer would be “no chance” as I could not imagine an autonomous driving vehicle was possible then. But now, the vision is not far-fetch anymore not only because of ML/AI technology rapid advancement but other key building blocks are made significant progress, just name a few key building blocks: Forward propagation is an important part of neural networks. Its not as hard as it sounds ;-)

This is part 2 in my series on neural networks. You are welcome to start at part 1 or skip to part 5 if you just want the code.

So, to perform gradient descent or cost optimisation, we need to write a cost function which performs:

In this article, we are dealing with (1) forward propagation.

In figure 1, we can see our network diagram with much of the details removed. We will focus on one unit in level 2 and one unit in level 3. This understanding can then be copied to all units. (ps. one unit is one of the circles below)

Just so we can visualise the X features, see figure 2 and for some more info on the data, see part 1.

As it turns out, this is quite an important topic for gradient descent. If you have not dealt with gradient descent, then check this article first. We can see above that we need 2 sets of weights. (signified by ø). We often still calls these weights theta and they mean the same thing.

We have to now guess at which initial thetas should be our starting point. Here, epsilon comes to the rescue and below is the matlab code to easily generate some random small numbers for our initial weights.

After running above function with our sizes for each theta as mentioned above, we will get some good small random initial values as in figure 3

. For figure 1 above, the weights we mention would refer to rows 1 in below matrix’s.

Now, that we have our initial weights, we can go ahead and run gradient descent. However, this needs a cost function to help calculate the cost and gradients as it goes along. Before we can calculate the costs, we need to perform forward propagation to calculate our A1, Z2, A2, Z3 and A3 as per figure 1.

Recurrent neural networks, also known as RNNs, are a class of neural networks that allow previous outputs to be used as inputs while having hidden states. RNN models are mostly used in the fields of natural language processing and speech recognition.

The vanishing and exploding gradient phenomena are often encountered in the context of RNNs. The reason why they happen is that it is difficult to capture long term dependencies because of multiplicative gradient that can be exponentially decreasing/increasing with respect to the number of layers.

1D Convolution_ layer_ creates a convolution kernel that is convolved with the layer input over a single spatial (or temporal) dimension to produce a tensor of outputs. It is very effective for deriving features from a fixed-length segment of the overall dataset. A 1D CNN works well for natural language processing (NLP).

TensorFlow Datasets is a collection of datasets ready to use, with TensorFlow or other Python ML frameworks, such as Jax. All datasets are exposed as [_tf.data.Datasets_](https://www.tensorflow.org/api_docs/python/tf/data/Dataset), enabling easy-to-use and high-performance input pipelines.

This is a dataset for binary sentiment classification containing substantially more data than previous benchmark datasets. It provides a set of 25,000 highly polar movie reviews for training, and 25,000 for testing.