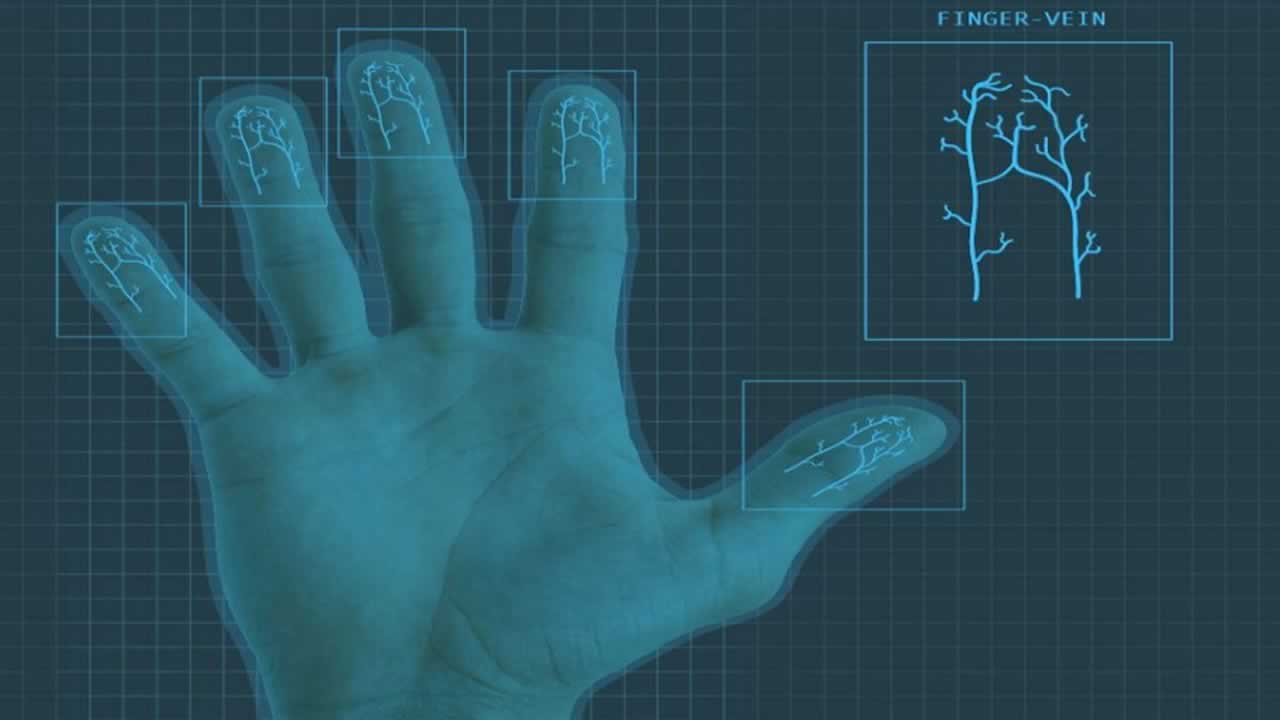 Did you marvel at the authentication system when Ethan Hunt used biometrics of the UK’s Prime Minister to unlock the red box in Mission Impossible 5?

Many kinds of biometric authentication systems such as retina scanners, iris scanners, face recognition, fingerprints, voice recognition, and even gait recognitions appeared in action and science fiction films. The research topic about biometric authentication systems has been a hotspot these years. Some of the resolutions have evolved rapidly and have already been applied to real-life security scenes.

A biometric authentication system is a real-time system to verify a person’s identity by measuring particular characteristics or behavior of the person’s body. Biometric devices such as iris scanners collect a person’s biometric data and transform them into digital forms. By using algorithms to matching patterns, a biometric authentication system can accomplish the task of identifying or verifying the person by comparing the data with other registered biometric data in the database. Two main modes of biometric authentication systems, identification or verification, are designed. In the identification mode, the input data is compared with all registered patterns in the database. The system allows to figure out whether this person is from the database. While in the verification mode, the biometric input data is compared to the specific pattern of one person. It aims to figure out whether they are the same person and prevent multiple people from using the same identity.

However, just as we have seen in films and science fictions, some biometric authentication systems can be fooled by fake resources. In Dan Brown’s novel “Angels & Demons ”, the Hassassin cut out Leonardo’s eye to steal the secured antimatter which was behind the door equipped with retina scanners. Although biometric characteristics from retinas are unique for each person, hackers can also find ways to crack the authentication system. Among different biometric features, the security levels also vary. The finger-vein based biometric authentication system that we talk about today is harder to be fooled compared to other methods because it only identifies unique finger-vein patterns beneath the skin of the living person. Finger-vein capture device. From the paper [2] How to capture finger veins [3]

Several research institutions provide public finger-vein datasets. The dataset we have used is the finger-vein dataset from the SDUMLA-HMT database. We would like to express our thanks to the MLA Lab of Shandong University for SDUMLA-HMT Database. This dataset registered finger-vein images of 106 people. Three fingers, index, middle and ring fingers, of both hands were captured. Each finger has 6 pictures. Therefore, in total, it consists of 3,816 images. The format of images is “bmp” with 320x240 pixels in size.

As we can observe from the image above, a captured image contains not only the finger but also the background which is the capture machine. The purpose of extracting ROI is to save the finger part and remove the background. The upper and lower boundaries have to be found to capture the ROI.

We have established our ROI system with the following steps:

In general, CNN models which provide satisfying results on large datasets have enormous parameters. If we want to train a complicated CNN model from scratch, it is very time-consuming and resource-consuming. Also usually, we do not have enough data to train from scratch. We should think about overfitting issue too. If the model is too complicated and our datasets are rather small, it gets a great chance to overfit.

Transfer Learning is here to solve this problem. Transfer Learning aims to adapt an existing model (pre-trained models on large amounts of data) to other domains or other kinds of tasks. For example, we can use a model which was pre-trained on a large cat and dog dataset to classify elephants and monkeys or to classify cartoon cats and dogs.

As we can imagine, a direct application of a pre-trained model to other domains or other tasks may not work well because the model does not see information from this domain when it was trained. We usually have two choices. On the one hand, the pre-trained CNN model can be treated as a feature extractor. A linear classifier can be built by using extracted features as input. On the other hand, the fine-tuning method is often carried out to fine-tune some high-level layers. Features in the early layers are more generic. While features in the later layers contain more specific information of original datasets. Freezing early layers can bring us general and useful features for many tasks. And fine-tuning following layers can generate more particular features existing in our datasets.

In our case, we tried fine-tuning some later layers in the VGG-16 pre-trained model. It turns out that we had the best result when we trained from the last convolutional layer.

The experiments are mostly inspired by this paper “Convolutional Neural Network-Based Finger-Vein Recognition Using NIR Image Sensors”. It proposes two cases of finger-vein recognition. The first case uses finger-vein images as inputs. The classifier allows classifying different fingers. The other case aims to use different images to classify authentic matching (matching between input and enrolled finger-vein images of the same class) and imposter matching (matching between input and enrolled finger-vein images of different classes). Both cases use a pre-trained CNN model and fine-tune the model with finger-vein datasets. As we have previously introduced, a biometric authentication system has two possible modes, the identification, and the verification. The first case for experiments correspond to the identification mode, and the second one is for the verification mode.

The process of performing experiments is as follows:

The first step is to split the dataset. The SDUMLA-HMT dataset contains 636 classes (3 fingers * 2 hands * 106 people). Each finger is a class, and it consists of 6 images. For the two cases we implemented, we used different splitting strategies.

For the first case, in the beginning, the dataset was split into three datasets, the first three images for the training set, the fourth image for the validation set and the rest for the test set. However, using this method of splitting data resulted in strong overfitting on the test set. By checking the images of wrongly classified classes, we observed that the last two images of some classes are different from the four other images. It means that the distribution of the training set and the validation set does not correspond to the distribution of the test set! Before splitting the dataset, we have checked some classes. However, it happened that we only checked classes with similar images. A lesson to learn: always make sure that the distributions of validation sets and test sets are the same before training.

For the second case, the dataset was split randomly into two halves. Each part now contains 318 people. The second part was then split into two halves, one for the validation set and the other for the test set.

The VGG-16 is a very deep convolutional neural network which has 138 millions of parameters. Training on this deep architecture needs large-scale datasets. However, our training data is much smaller than the ImageNet. So a pre-trained VGG-16 model was fine-tuned on our datasets. Experiments have been tried to train from different layers. If more early layers are trained, the risk of overfitting will go up. However, if only output layers are trained, the performance is not satisfying. At last, the model fine-tuned from the last convolutional layer was selected.

Many experiments were conducted to find out better hyper-parameters and better training strategies. Although the models can have further improvements, the results we got so far are promising.

We have conducted experiments on two kinds of models. The first model is a multi-class classification model for the identification. The other model is a binary classification model for the verification. The inputs of the binary classification model are the difference images. Both models are fine-tuned from the last convolutional layer of a pre-trained VGG-16 model. The results below are from models without ROI preprocessing. We have also done experiments on models with ROI data, but we found out that the results are not within expectation. Since the dataset we used is a low-quality dataset, and the quality of some ROI preprocessed images are not guaranteed, the model cannot well classify the classes.

Unlike classification models that are evaluated by accuracy, biometric authentication systems have their metrics to measure the quality of authentication. The three most frequently used metrics are False Rejection Rate (FRR), False Acceptance Rate (FAR) and Equal Error Rate (EER)[11].

For the identification model, the calculation of FAR, FRR and EER is based on Euclidean distances between images. Firstly, we calculated the intra-class and inter-class distances to define a range of thresholds. The spans of distance thresholds are between 83 and 2024. Then, a FAR-FRR plot was drawn to determine EER. The final EER is 4.1%. Intra-class and Inter-class distance of the identification model

FAR-FRR plot of the identification model

As we know that deep learning method is data-driven. The data quality is a key element to achieve successful experiment results. The dataset we used is not with good quality, but the results are still promising. Both final results of the identification model and the verification model beat the results in the paper to which is referred. Unlike other models, deep learning methods are fast to implement and more straightforward to build up without diving into too much complicated feature handling and engineering. However, compared to some results in other papers (not always using deep learning methods), we still have improvements to pursue in terms of the data preprocessing, architectures of models and choices of hyper-parameters.