Python is the language of choice for statistical modelling among the Data Science community, and AI and analytics practitioners seeking to upskill, such as Python for Statistical Modelling; TensorFlow for Python Frameworks; Git for Sharing code, among others. Below here, we listed down the top 10 exciting open-source projects In Python on GitHub.

As per the latest  Data Science skills study, the data scientists and practitioners who were surveyed revealed that the top Language preferred for Statistical Modelling is  Python, favoured by 65.2% proportion of the respondents.

Python is the language of choice for statistical modelling among the  Data Science community, and AI and analytics practitioners seeking to upskill, such as  Python for Statistical Modelling; TensorFlow for  Python Frameworks; Git for Sharing code, among others.

Below here, we listed down the top 10 exciting open-source projects In Python on GitHub.

(The projects are listed according to their stars on GitHub).

About: DeepFaceLab is an open-source deep fake system created by iperov for face swapping. It provides an imperative and easy-to-use pipeline for people to use with no comprehensive understanding of deep learning framework or with model implementation required. This system provides a flexible and loose coupling structure for people who need to strengthen their own pipeline with other features without writing complicated boilerplate code.

About: Airflow is a platform to programmatically author, schedule and monitor workflows. The pipelines in Airflow allows for writing code that instantiates pipelines dynamically. To use this platform, you will need  Python versions 2.7, 3.5 and more. It allows users to use Python features to create workflows, monitor, schedule and manage the workflows using the web app. Anyone with  Python knowledge can deploy a workflow. It also has plug-and-play operators that are ready to handle your task on Google Cloud Platform, Amazon Web Services, Microsoft Azure and many other services.

About: GPT-2 is a large transformer-based language model with 1.5 billion parameters, which is trained with a simple objective to predict the next word, given all of the previous words within some text. GPT-2 generates synthetic text samples in response to the model being primed with arbitrary input. It is a large-scale unsupervised language model which generates coherent paragraphs of text, performs rudimentary reading comprehension and machine translation. It can also perform question answering and summarisation. It can generate conditional synthetic text samples of unprecedented quality.

About: Horovod is an open-source distributed deep learning training framework for TensorFlow, Keras, PyTorch, and Apache MXNet. Developed by Uber, the goal of Horovod is to make distributed deep learning fast and easy to use. The primary motivation for this project is to make it easy to take a single-GPU training script and successfully scale it to train across many GPUs in parallel. It is fast and easy to use, achieves 90% scaling efficiency for both Inception V3 and ResNet-101, and 68% scaling efficiency for VGG-16.

About: The Unity Machine Learning Agents Toolkit (ML-Agents) is an open-source project that enables games and simulations to serve as environments for training intelligent agents. The agents can be trained using reinforcement learning, imitation learning, neuroevolution or other machine learning methods through a simple-to-use Python API. Some of its features include support for multiple environment configurations and training scenarios, flexible Unity SDK, built-in support for imitation learning, among others. 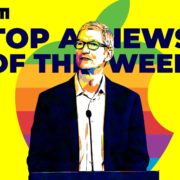 About: XSStrike is a Cross-Site Scripting detection suite equipped with four handwritten parsers. It is an intelligent payload generator, a powerful fuzzing engine as well as an incredibly fast crawler. The key features of XSStrike include multi-threaded crawling, configurable core, WAF detection, complete HTTP support and more.

About: NeuralTalk is a   Python and  Numpy source code for learning Multimodal Recurrent Neural Networks that describe images with sentences. NeuralTalk2 is written in Torch and runs on the GPU. It also supports CNN finetuning, which helps a lot with performance.

About: Xonsh is a Python-powered, cross-platform, Unix-gazing shell language and command prompt. It is a superset of Python 3.5+ with additional shell primitives from Bash and IPython. The language is meant for the daily use of experts & novices. It works on all major systems, including Linux, Mac OSX, and Windows.

About: Optuna is an automatic hyperparameter optimisation software framework, particularly designed for machine learning. It features an imperative, define-by-run style user API. It allows for an automated search for optimal hyperparameters using Python conditionals, loops, and syntax. It can also parallelise hyperparameter searches over multiple threads or processes, without modifying code.

Python Projects for Beginners: The Best Way to Learn

Python Projects for Beginners: The Best Way to Learn - Building projects is an extremely succesful way to learn, but building Python projects for beginners can be difficult. Learn how to build with success!