Recently, researchers at OpenAI introduced GPT-F, an automated prover and proof assistant for the Metamath formalization language. In a paper named “Generative Language Modelling for Automated Theorem Proving”, the researchers said that a formal mathematics community approved a deep learning-based system’s proof for the first ti 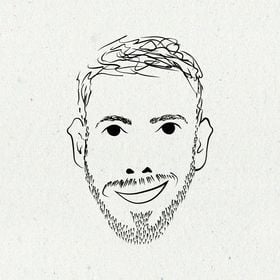 With OpenAI’s recent breakthrough of pre-trained language model GPT-3, the company has revolutionised the concept of machines writing codes like humans — a step towards artificial general intelligence. Not only it is being used for writing codes, but also for writing blogs, creating stories as well as websites and apps. In fact, in recent news, a college student created an entirely fake blog using GPT-3, which created a massive buzz in the ML community and has also been trending on Hacker News.

GPT-3: The Next Revolution in Artificial Intelligence (AI)

Generative Pre-trained Transformer 3 also referred to as GPT-3 is the next big revolution in artificial intelligence (AI).

These models have known to use a large amount of data from the internet, one of the major reasons that give them the advantage to generate human-like texts. What’s even more interesting is the third version of the GPT model, i.e. GPT-3. Ever since its emergence, the model has created quite a buzz within the developer community.

People started posting tweets mentioning the applications they developed using the GPT-3 API. Though it is still in its beta phase, the API is available once the request is accepted. A great example built using this model was a layout generator. You just need to describe the type of layout you require and the JSX code is developed.

What exactly is Generative Pre-trained Transformer 3?

The GPT-3 program generates texts using algorithms that have already been pre-trained. Wherein the data is already fed into the program, all they need to do is to carry out the specific task.

Generative Pre-trained Transformer 3 is commissioned to be one of the most powerful language models ever created, thanks to the advent of artificial intelligence.

The second model (GPT-2) was released last year where it showed certain convincing streams of text within different ranges of style resulted at the opening of a sentence. However, GPT-3 is a much better version of GPT-2, which is why it is the talk of the town. Undoubtedly the third version of the program has a better AI and this is what makes it significant from the other models. GPT-3 also has a hundred times the database GPT-2 had.

The model shares a unique feature that makes it difficult to differentiate whether the text is written by a human or an AI.

Recently, researchers at OpenAI introduced GPT-F, an automated prover and proof assistant for the Metamath formalization language. In a paper named “Generative Language Modelling for Automated Theorem Proving”, the researchers said that a formal mathematics community approved a deep learning-based system’s proof for the first ti

Python f-strings are the fastest string formatting option available on Python. It is robust, easy to read, concise and less prone to errors. If you are using Python 3.6+, you must switch to Python f-strings. In this detailed guide, we have covered all the concepts of Python f-strings

With Open AI releasing its avant-garde pre-trained language model — GPT-3 has suddenly become an obsession for the machine learning community, where it can not only generate codes but also human-like stories. Along with its wide range of utilities, it has also surprised the developers and programmers with its generalised intelligence, which is relatively more advanced than the previous pre-trained language models.

Previously, the NLP systems continued to struggle in learning from a few examples; however, with GPT-3, language models can significantly improve with even reaching competitiveness with prior advanced fine-tuning approaches. That being said, to use GPT-3 with 175 billion trainable parameters, developers and programmers must understand what’s going on under the hood of the neural-network-powered language model.

Not only can it be new and complex to understand for first-timers but can also be overwhelming with its big size. With innovation in AI models happening at a much faster rate, understanding GPT-3 can bring out various applications in no time. Here are a few of the free resources that can help developers understand GPT-3 most effectively and can help them get their hands-on this pioneer ML model.

**About: **OpenAI GPT-3 by Bhavesh Bhatt is a beginners level tutorial presented in a video on his YouTube channel. Bhavesh Bhatt is a data scientist based out of Mumbai, India, who has been working as a Google Developer Expert in Machine Learning. Bhavesh has also been awarded the prestigious 40 Under 40 Data Scientist award by Analytics India Magazine in January 2020. This tutorial not only makes it easy for the users to understand the concept of GPT-3 but also creates a demo that converts a standard English text into SQL like queries using GPT-3. Bhavesh has also created a YouTube video showcasing how one can generate Python Pandas Code and Matplotlib Visualizations by using GPT-3.