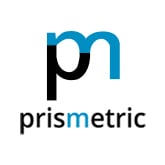 How to Choose and Hire Best ReactJS Developers?

ReactJS has emerged as a popular front-end development framework in recent years. ReactJS is an open-source JavaScript library developed by Facebook to help developers build rich and engaging apps faster with minimal coding. ReactJS allows the best mobile app developers to work on individual components rather than on the entire app. The popularity of ReactJS can be gauged by the fact that most of the developers who work on ReactJS tend to stick with it.

Then this write-up will dispel all your doubts and help you to hire ReactJS developers.

Concerns of clients regarding ReactJS

The ReactJS environment keeps on changing at a high pace, and some developers do not feel comfortable with the idea of continuously evolving themselves with ReactJS technology.

As the ReactJS library keeps updating and accelerating so fast, there is no time to build proper documentation for mobile app development using ReactJS. The dedicated ReactJS developers have to write instructions independently as new releases and tools evolve in their projects.

ReactJS takes care only of the UI (User Interface) part of the app. To build a complete app development solution, the ReactJS app developers will still need to choose some other technologies.

JSX as a barrier

JSX is a syntax extension that allows HTML and JavaScript to be mixed together. Although this approach has its own benefits, JSX acts as a barrier for new developers as it adds complexity to the learning curve of ReactJS. 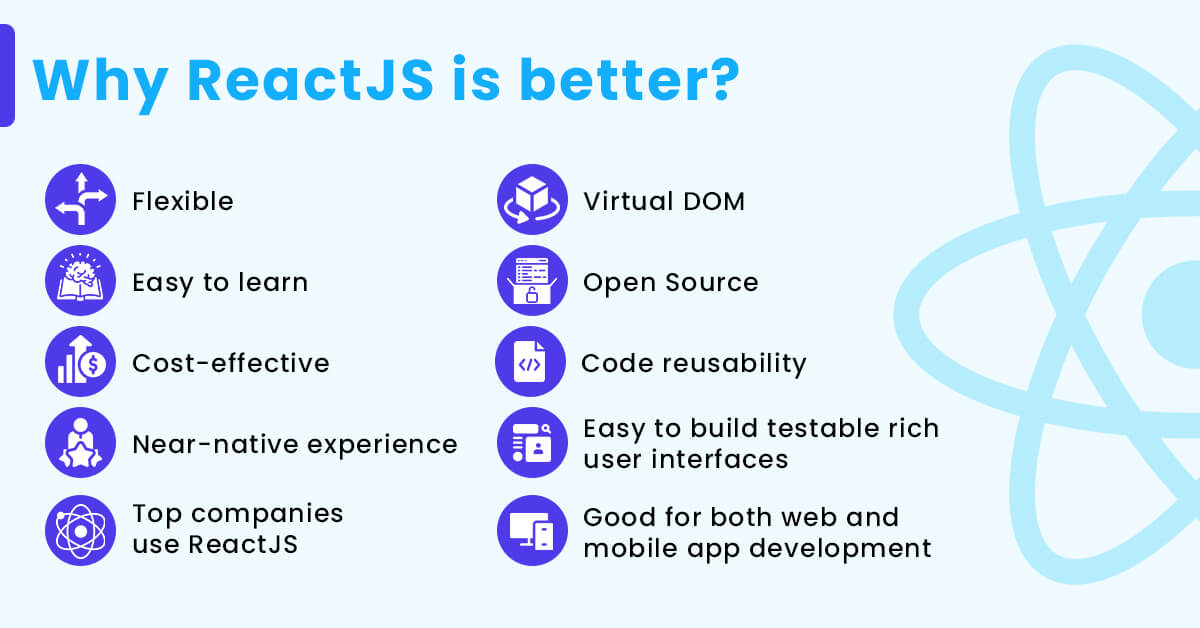 The app developer community holds ReactJS in high regard as an efficient language supporting cross-platform app development. There are many reasons for the popularity of ReactJS, and we have discussed a few major ones below.

One of the major reasons app developers prefer to use ReactJS is that it allows them to reuse the components. The reusable components provided by ReactJS help save time as the developers do not have to write separate code for similar features. Whenever a change is made in one component, it does not affect the other components.

ReactJS allows the developers to utilize distinct parts of the application on both server and client-side. The code reusability feature of ReactJS helps boost the speed of app development. The hot reloading feature of ReactJS also helps to save time as it eliminates the need for frequent debugging of the code.

The apps built with ReactJS are highly agile and swift compared to those developed with other frameworks. The agile nature of react native apps adds to the near-native experience. As the building blocks of ReactJS apps are solid, the ReactJS apps can perform well under all circumstances.

ReactJS is Easy to learn

Unlike its competitors like VueJS and AngularJS, ReactJS is easy to learn. and developers well versed with JavaScript can start coding immediately in ReactJS. This is one of the primary reasons for its popularity amongst the developer community. The easy learning curve of ReactJS is beneficial for businesses as it is easy and cost-effective to find ReactJS developers.

The app development projects tend to become very complex and difficult to manage as they grow. A flexible platform like ReactJS can help in such situations. The innate modularity of ReactJS plays an important role in improving the platform’s flexibility. The architecture of ReactJS allows the developers to bundle front-end code into custom components, providing a solid foundation for the overall optimization of the development process.

ReactJS does not lock the professional developers into their way of doing things. The ReactJS platform provides the developers with a free hand on a lot of things like how to handle routing, testing, and how to organize the dependencies.

ReactJS helps the developers write clean, modular code by breaking the project into distinct components. Modular code is not only easy to maintain but is also great to scale. Another factor that adds to the flexibility factor of ReactJS is that ReactJS can be easily integrated with other third-party libraries and MVC frameworks.

With ReactJS, experienced app developers can create a React project from scratch or gradually introduce React to the existing legacy codebase. ReactJS allows skilled app developers to embed react components one by one into a code written using other technologies. It is preferred technology to build eye-catching frontend interfaces and functionalities.

ReactJS helps the top mobile app developers to develop apps with a clean architecture that is also easy to test. Testing apps built with ReactJS is easy as the developers do not need to do any extra configuration for conducting UI (User Interface) tests.

Facebook provides Jest, a JavaScript test runner that works seamlessly with ReactJS apps. With ReactJS, the UI tests are fast as Jest is a Node-based runner that allows the skilled Reactjs developers to run unit tests in a node environment and not in a browser.

The reliability of the tests also increases as UI tests as by separately testing single react components in a Node environment, the developers can reduce the flakiness of the tests. Unlike traditional end-to-end UI tests, testing with ReactJS is less time-consuming as it allows the ReactJS developers to test pure functions.

ReactJS is good for both web and mobile app development

Experienced ReactJS Developers with excellent coding skills in ReactJS development can develop web and mobile apps for businesses. The ReactJS framework follows the same design pattern, allowing for a smooth transition between Web and mobile apps. ReactJS has a wide array of rich user interfaces that support the apps irrespective of the platform.

The hot-reloading feature of ReactJS allows the ReactJSweb app developers to see the effects of their changes immediately. The modular architecture and generous ecosystem of ReactJS also help in building applications easily.

Many fortune 500 companies have chosen ReactJS to build their mobile apps. The name includes market leaders like Tesla, Airbnb, Tencent, and Walmart. Companies like PayPal, Netflix, New York Times, and the BBC have also adopted React for their web development needs.

The success of the mobile and web applications of these companies is a testimony of the efficiency of the ReactJS platform.

DOM is a logical structure available in various formats like HTML and XML. ReactJS allows the elite ReactJS developers the freedom to make changes in the virtual DOM. Once they have calculated the minimum scope, the developers can update the real DOM tree easily. Virtual DOM ensures that the apps built through ReactJS render a better user experience and have high-performance levels.

With ReactJS, the need to develop separate mobile apps for iOS and Android is eliminated. The reusable code and components of ReactJS provide the most significant advantage in terms of cost savings for ReactJS apps. ReactJS allows the developers to write code once and share it across iOS and Android platforms with minimum changes.

The cross-platform ability of ReactJS not only reduces the need to employ two separate developer teams for iOS and Android it also cuts the development time in half. The development time for a ReactJS app is reduced further with the availability of ready-made solutions and libraries that help the React.js developers build the custom solution faster.

Being an open-source JavaScript library ReactJS can be used for developing a user interface for a single page Web or Mobile Apps along with its capability to reuse UI components.

Want a Web or mobile app with a ReactJS framework?

WebClues Infotech is the leading agency that offers ReactJS developers for hire. With the expertise and experience in ReactJS, the developer is highly skilled in their respective domain. Also, the pricing structure offered by WebClues Infotech is quite flexible and so the customer can choose from the most suitable one.

Develop your app with the technology it needs by hiring the dedicated ReactJS developers.

Hire ReactJS developers online on a monthly, hourly, or full-time basis who are highly skilled & efficient in implementing new technologies and turn into business-driven applications while saving your cost up to 60%.

Planning to outsource web services using Reactjs? Or would you like to hire a team of Reactjs developers? Get in touch for a free quote!

If you look at the backend technology used by today’s most popular apps there is one thing you would find common among them and that is the use of NodeJS Framework. Yes, the NodeJS framework is that effective and successful.

If you wish to have a strong backend for efficient app performance then have NodeJS at the backend.

So what are you waiting for? Get your app developed with strong performance parameters from WebClues Infotech