Why and how to use GraphQL 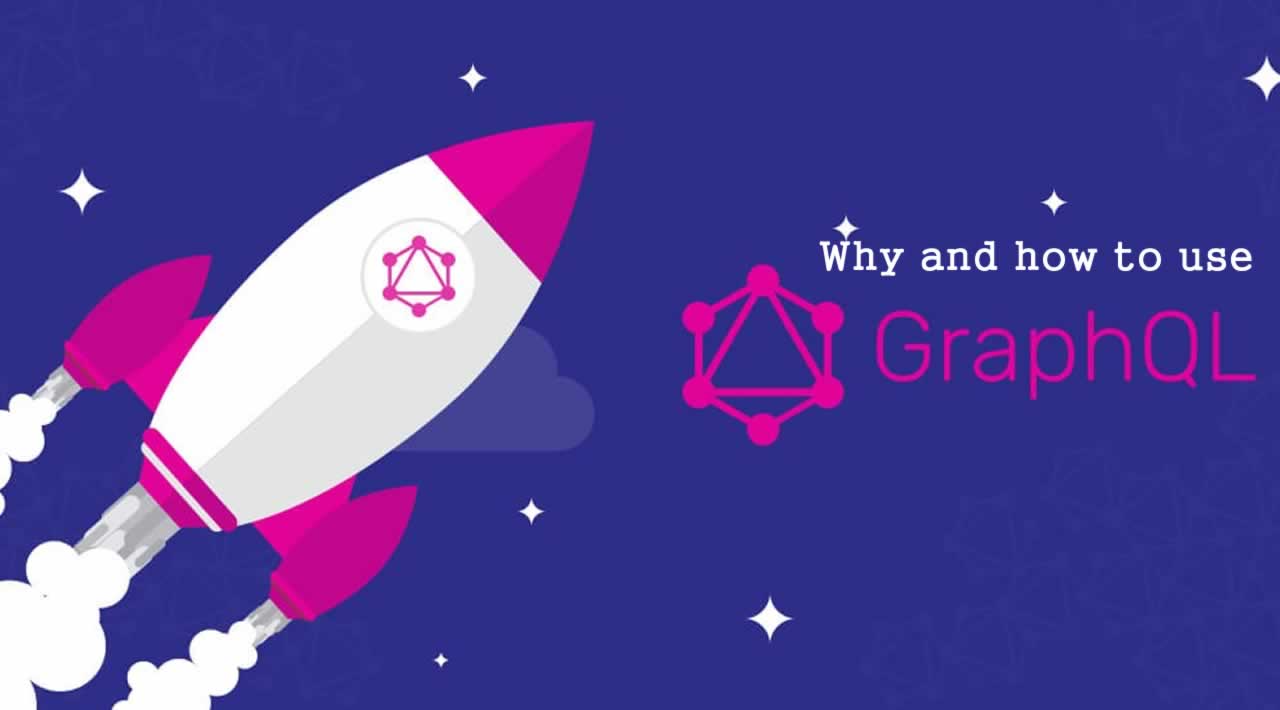 In this post, you'll learn why and how to use GraphQL

If you’re a REST aficionado like me and you are hearing a lot of buzz around GraphQL, then you’re not alone.

Before jumping into conclusions with no data, I decided to unravel the mystery of GraphQL by diving deep and tried to understand how different it is from REST.

So let’s get started!

So, what is SQL? SQL is Structured Query Language, originally written for accessing data from databases. There are four basic operations in SQL: SELECT, INSERT, UPDATE and DELETE. The biggest advantage of SQL is, you could “query” for exactly what you need.

For example, if you want to query for all users that have the first name “Maria” from a SQL database that has a table called Users, you write a query like this:

SELECT * FROM USERS WHERE FirstName=“Maria”

Now, how would you fetch the same with REST?

There are two options here,

Do you see a problem? Although we have a powerful language like SQL (of course it has its own drawbacks) and a neat way to talk to SQL from a client using REST, somehow there seems like a disconnect: The first approach is clearly not scalable because we can’t define a separate endpoint for each user. On the other hand, the second approach is very generic, bandwidth expensive and needs post-processing on the client-side.

Now, what if we had something that combines the power of SQL and REST(not exactly) and gives us exactly what we need from the client-side?

“GraphQL takes the ideas that were originally developed to query databases and applies them to the internet. A single GraphQL query can return connected data. Like SQL, you can use GraphQL queries to change or remove data. After all, the QL in SQL and in GraphQL stand for the same thing: Query Language” — Learning GraphQL — Eve Porcello & Alex Banks

Now, let’s go over some of the basic concepts that are needed to get started. Let’s start with the basic GraphQL Types.

When you send this query the server responds with a JSON having exactly the same structure as the query. So, the response would look like this:

Query is a “root type” because it’s a type that maps to operation and operations represent the roots of our Query document.

Mutation is the second kind of “root type” which lets us write data to the DB. Think of Mutation as analogous to POST and PUT requests of REST. Let’s look at an example:

What this means is, we are defining a mutation called “createUser” that adds a user with fname, “Richie” and age, “22”. The response type of this mutation is the function body. It responds with a JSON with the id of the posted data.

So we get a response that looks something like this,

The third type of operation available in GraphQL is Subscription. A subscription gives the client the ability to listen to real-time updates on data. Subscriptions use web sockets under the hood. Let’s take a look at an example:

The above subscription responds with the list of users with their first name and number of likes whenever the like count of the user changes.

This is really useful if you have a UI component for “likes” that constantly need to update whenever the value in DB changes.

Ok, so we have covered the basic root types of GraphQL. Though we have just scratched the surface, knowing these three types is good enough to get started with designing and implementing a schema to understand what GraphQL brings to the table.

Goal: Setup a GraphQL server that responds for queries, mutations and subscriptions on a NoSQL database that has a list of users with structure:

And a separate object having the list of posts posted by each user:

For the purpose of this tutorial, we are going to use the apollo-server, which is an open-source implementation of the GraphQL server that comes with a lot of goodies out of the box. Let’s set up a project and install the dependencies:

This will initialize an empty project with a package.json file for storing the dependencies. Next, let's install the GraphQL dependencies.

This installs the apollo-server, graphql and nodemon for monitoring changes to the files. Of course, let’s update the scripts key in package.json for nodemon to work.

For this example, we are going to define our data as a JSON variable. Real projects usually have a database server holding all the application data. Our data is defined in the index.js.

Let’s go ahead and start implementing our GraphQL server.

When we think about implementing a GraphQL server, we always start by designing the Schema first.

And a schema comprises of two mutually dependent objects: TypeDefs and Resolvers

In the previous section, we learnt about the root types of GraphQL. But, in order for the server to know what types are available at its disposal, we need to define these types. typeDef is an object that defines the list of types available. Type definitions define the “shape” of your data and specify which ways the data can be fetched from the GraphQL server.

As you can see, we define a User type with fields, fname, age and likes. We also define the data type of each field as String or Int. GraphQL supports four basic data types: String, Int, Float, Boolean. When you add an exclamation mark next to the type, then we make it a required field.

We also define a Query, Mutation and Subscription type.

The typeDefs map one to one with the type of queries/mutations/subscriptions we can call from the client. So based on the requirements of the client, we can update the typeDefs as need arises.

Now, that we have defined the types, there needs to be some logic for the types we have defined. Otherwise, the server has no way of knowing how to respond to client requests. To solve this problem, we have Resolvers.

A resolver is a function that returns data for a particular field. Resolver functions return data in the type and shape specified by the schema. Resolvers can be asynchronous and can fetch or update data from a REST API, database, or any other service.

Let’s go ahead and define our resolvers:

pubsub is a GraphQL implementation of real time communication system using web sockets. The best part is, everything about web sockets is abstracted away and it is simple and easy to use.

Now, that we have our typedefs and resolver functions in place, our server is ready to go

Open up your browser and go to http://localhost:4000/. The nice thing about Apollo GraphQL is, it gives a GraphQL playground which is an interactive application that lets you test the queries and mutations.

That’s it! We have a working GraphQL server responding to the defined Query, Mutation and Subscription like a charm.

Now, what if we want to query for, “User who posted the post with id X”?

Let’s start with a typical REST way of solving this problem.

Recap of our data:

The general approach would be:

But, here’s the catch. What if we just need the user’s first name?

Of course, we can just get the ‘fname’ field from the response and use it. But, we got extra information like the id, age and likes as well which is an unnecessary bandwidth cost when you think about doing this operation at scale.

Well, you might say, I will define an endpoint that just gets the user’s fname field something that looks like,

Of course this solves the problem. But, the downside to this approach is, you will need an endpoint for each one of these fields and the codebase will not scale nicely with this approach.

Let’s look at how we can solve this problem with GraphQL.

With GraphQL, all you need is a query that looks like:

And if you need just the age of the user who posted a post with id 1,

Since the user field of our query is a GraphQL type defined in the schema, we can pass a selection set to grab whatever field(that’s defined for User) we need. And the best part is,

I hope you understood the real advantage of using GraphQL and how it’s different from REST. Thanks for taking the time to read this post and feel free to leave a comment if you have any questions or concerns.

You can find the source code of this example here: https://github.com/kakaly/graphql-server-example.

☞ A Beginner’s Guide to GraphQL

☞ Beginner’s Guide to GraphQL with Angular and Apollo

☞ REST vs GraphQL - What's the best kind of API