Why is Jio Planning to Purchase TikTok, Will It Have Some Benefits for the Users? 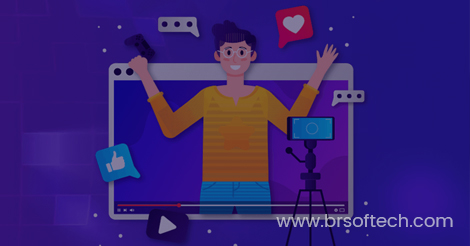 Reliance Industries Ltd is looking forward to taking a new step and have a deeper connection with their customers by purchasing TikTok in India. But it already has a deliberate partnership with Facebook that also owns Instagram now. This partnership could put the contract under the inspection of the competition commission of India as per the predictors following space.

Recently, Instagram has launched a short video making a feature that is similar to TikTok named “Reel”. It launched this feature just after the ban of TikTok in India and after the clash of India and China. RIL is still in talks with the Chinese company who owns TikTok, ByteDance to obtain the short-video making platform after its ban by Indian authorities. Before stopping all the operations, this popular app had 100 million users on it. Till now, both ByteDance and RIL have neither denied nor confirmed the development or deal, so we have to wait to see what happens next?

If we see from the perspective of TikTok, it is required to keep alive all its operations alive in India. India was the hub of its largest business along with the 200 million users. The Indian Government banned this app in end-June due to many reasons, including border tensions and clashes. If Reliance purchases it, then it will be a ready platform with the users and content for the Jio platform. It also helps it to make a better connection with the customers.

Possible Issues with This Deal

If this deal happens, it could face various problems because TikTok is having a different deal with Microsoft specifically for its US operations. The whole TikTok model could break if Its operations break. Hence, breaking the TikTok Audience and its operations would also break its business model.

ByteDance tried hard not to stop the operations locally due to the hope that maybe the Indian Government will negotiate. And, now there is only Reliance who can make a come back of TikTok or TikTok clone. Two private equity organizations have their investment in TikTok, and these two organizations also have an investment in Jio.

Another thing to get worried is that Instagram is now also a Facebook company, and Facebook is also a shareholder in Jio. Despite that, Instagram launched Reels recently that is similar to TikTok. Including all these, it is complex to run these together globally. There is suggested that it can be possible if Jio and Microsoft talk to each-other and control most of the TikTok operations together in India as it will help to stabilize the operations of TikTok.

wants to have this deal because of the established large user base, money, and ad-tech revenue. Also, it is a shareholder in Saavan and many other apps. So, there is a huge conflict of interest, including Reels of Instagram that is owned by Facebook.

It is an essential part if both Instagram and TikTok keep continuing their operations in India. Still, one is owned by Jio and others by Facebook; it will cover a specific part of the ad-tech market. There will be required permission of the competition commission of India as the angle of CCI is significant because Facebook owns Instagram, WhatsApp, all, and Facebook has an investment in Jio. There are still assumptions that if CCI will allow for it or not, as it is not about a TikTok clone script?

Another thing to concern is user data’s concentration with a single Grouping as we know that Reliance’s Jio platform has investments by Google and Facebook that have a huge amount of user’s data for their networks. When TikTok got banned in India because its potential source was the Chinese Government and misuse of user’s data. So, both apps have to focus upon the right effort and focus on the Jio’s portion to make sure the success of deals with having such concerns.

Outline of the Matter The most valuable organization of India, Reliance Industries Limited (RIL) is the newest bidder for popular app Tiktok in India owned by ByteDance. It has started talking about it to the Chinese firm to obtain it’s all operations in India, and it is said that this deal will be valued at $5 billion. India was the largest market with 611 million downloads till the date of this short-video making app outside China. But when it is about monetization, the US, China, and the UK accounted for 90% of the total TikTok revenues.

Despite this, if we look for the TikTok Clone app, there are so many options that are made in India only. And, if it is about the original one, both ByteDance and Reliance have denied the deal. Facebook, which is a huge minority stakeholder in the Jio platform of Reliance launched Instagram Reels recently in India, in which people can make short videos.

Undoubtedly, India is the prime market for popular short video app outside China but in the end-June, it banned the TikTok. But now, RIL is planning to purchase it and continue its operations in India. Just like many other deals, this deal to has various concerns. It could benefit so many people, but there are various conflicts such as Facebook’s tie-up with the Jio Platform and negotiation between TikTok and Microsoft for the US operations.

Among all these factors, some top development companies are still providing TikTok clone Development, such as BR Softech. We focus on the requirements of our client and our dedicated team fulfil those requirements. So, contact us for high-quality services!

TikTok clone is a ready-made video dubbing and video sharing platform that can gain a massive user base quickly. It is a white-label solution that is entirely customizable as per your requirements.

How does the TikTok clone app’s algorithm work?

Simple steps involved in the development of social media app

How does the TikTok Clone app work, and why do people love the idea of short videos?