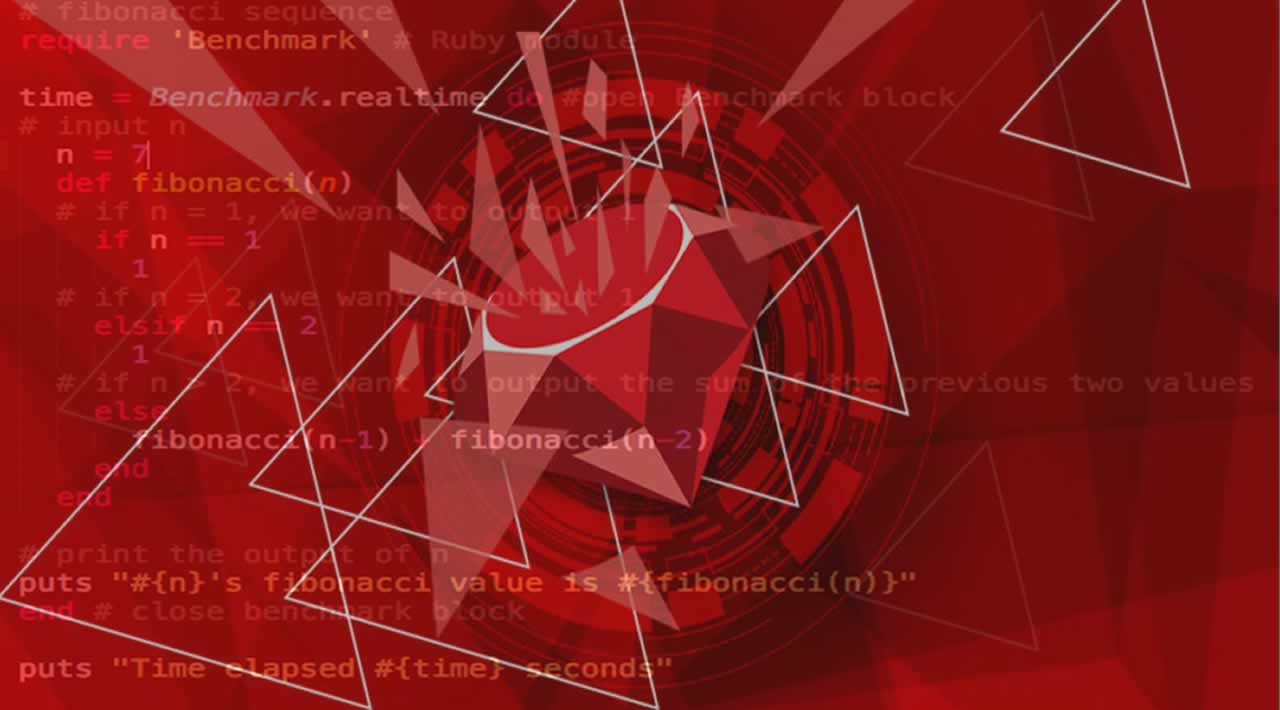 In this article, walks us through prototyping an algorithm and creating a functional specification with the help of AsciiDoc and R for a Ruby on Rails project...

In this article, walks us through prototyping an algorithm and creating a functional specification with the help of AsciiDoc and R for a Ruby on Rails project...

Every non-trivial project needs documentation, and it needs to be engaging with great explanations, and even illustrations, so that it’s actually read and used. Engineers make software to solve business problems, generally without having extensive experience in that particular business, so documenting the business is just as important as documenting the software.

A functional spec isn’t a replacement for documenting your API with RDoc or YARD–it’s a vital addition that can be used as a reference for all stakeholders (programmers and non-programmers alike) in a project.

I like salmon fishing, and I want a way for myself and others to keep track of and share details about the fish they’re catching. It also needs a scoreboard to showcase the top users. Right now there are forums used for this purpose, but structured data with a scoreboard is way cooler.

I could make a prototype in Ruby, but Ruby doesn’t have the best support for graphing, so I’m going to use R. Using R gives me a lot of easy ways to play with the math and visualization, and it’s cross-platform.

In just two lines, I read in some example data and calculated a score using my proprietary score. R can do this and show a plot with a vanilla install, while languages like Ruby or Python will require more code and extra packages to be installed.

After making my scoring system, I could go straight to code. In fact, I could have skipped prototyping in R and just prototyped directly in my Ruby on Rails app. However, prototyping in R was fast and very close to the underlying math. Here’s how I’ll set up the documentation:

My example Rails project is called kingfisher, and I’m putting the documentation into a “doc” folder. I’m not going to go over AsciiDoc syntax as the Asciidoctor site has a bunch of great documentation for that, but here’s how to stick a chart into the AsciiDoc with knitr:

Stick that into func_spec.Radoc, run knitr and AsciiDoc, and you’ll get something like this in your documentation: 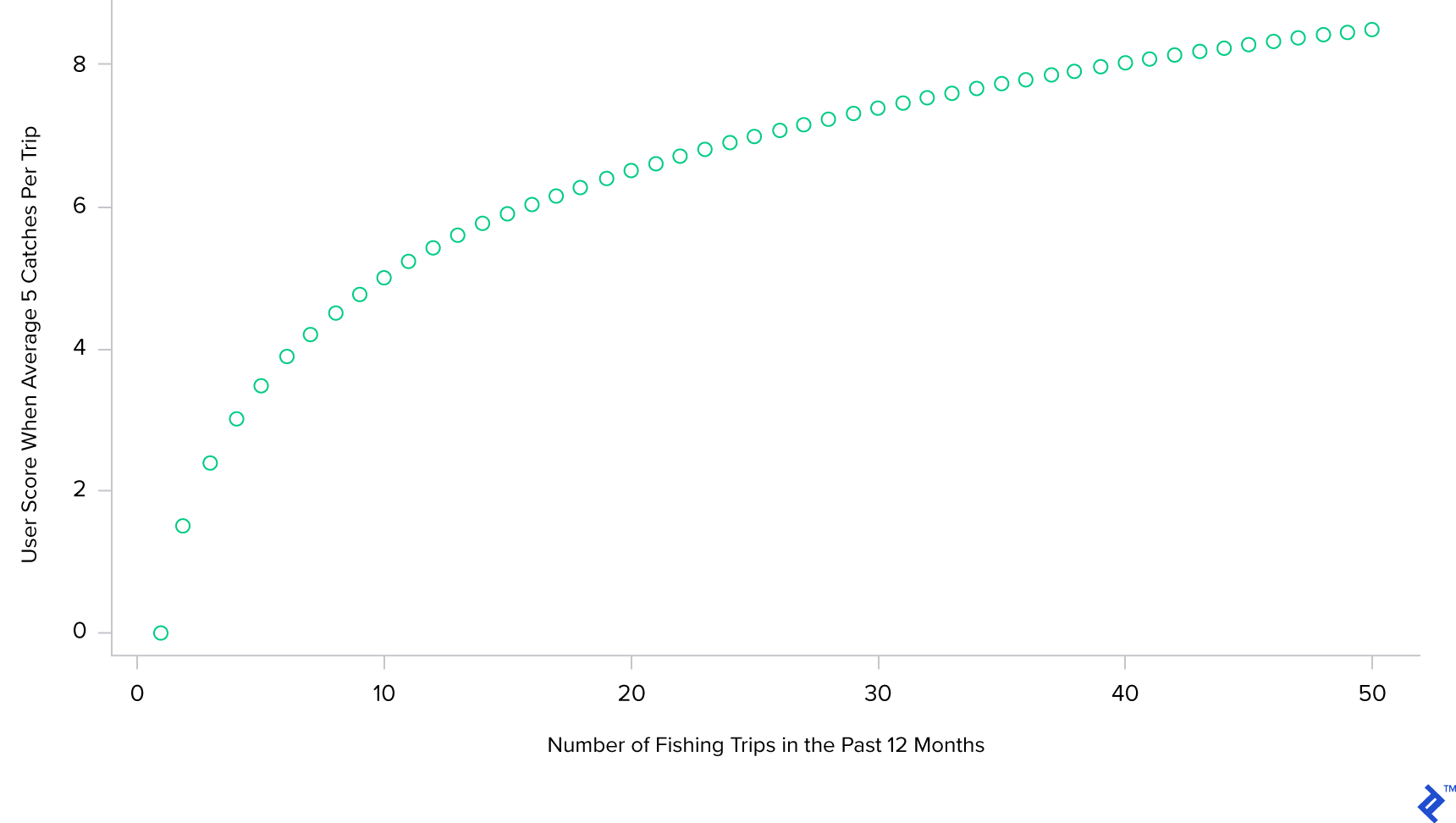 Hopefully most developers intuitively understand the score would go up logarithmically with the number of times fished; even so, this is a great way to display that just to make sure. Around this chart, I’d have some text explaining why this is desirable so developers who don’t fish can understand what’s going on here. This example is contrived, but I’ve used this type of prototyping and documentation in the past for other projects (e.g. finance, construction estimating) where the results of the calculations may not always be obvious.

Now that the score is prototyped and we have a plot to stick in the documentation, all that’s left is to transform the input AsciiDoc to some sort of output format. I use a few rules in my Rakefile to transform to HTML:

Now I can run “rake docs” and get the documentation to build and always be up to date, even if I change the underlying data or scoring calculation.

For anything involving Ruby on Rails, documenting with AsciiDoc is a great choice whether there are custom graphics in the documentation or not. AsciiDoc gives you a Ruby-native way to write in a wonderful markup format. That said, there are other great documentation tools that will be a bit more to manage and tie into your build process for a Rails project.

Sphinx processes reStructuredText (also a nice markup format) and can incorporate output from Matplotlib. For a Python project, this is perfect–Sphinx + Matplotlib give you a Python-native way to produce nice documentation with custom graphics. However, if you’re working on a Rails project, it’s less than desirable to have to manage multiple sets of dependencies for a separate environment just to produce your documentation.

There are tons of other solutions for producing documentation, including programs like doxygen and LaTeX, which may require more or less glue to fit into your build system. If you need a system like LaTeX, use it; if you have a fairly standard Rails project and you just have a bit of math that should be documented, use AsciiDoc and R.

What is frontend web development with Ruby on Rails?