Learn to become a Frontend, Backend, Fullstack, or DevOps developer with this visual guide — no CS degree required

There has never been a better time to learn to code or make a career change to software engineering. The demand for web developers is at an all-time high, and it’s only increasing. There are both free and premium tutorials online that teach you the skills to get a job as a developer — no CS degree required 🤓.

This article will be divided into the following sections:

1. Required Learning for Any Path

We will start with skills every developer needs to learn, and these will be used in all the paths — Frontend, Backend, or DevOps.

To be effective as a developer, you should be proficient with the command line, know how to version control your code with Git, and understand the fundamentals of the web.

VS Code is the is the top choice for web developers, which makes it a great place to start — it’s personally what I use. It is free and open source, with tons of plugins to make you more productive. However, there are many excellent options available such as Atom, WebStorm, or Vim (for the hardcore).

The text editor is where you will write all your code, and the terminal is where you execute it. As a developer, this is where you live. Spend some time to pick the right editor, set up the plugins, and learn the hotkeys. Having the right workflow can dramatically increase your productivity.

Before you dive into any of the paths, you should have a solid foundation in programming. For new developers, I highly recommend learning JavaScript as your first language. JS can be used for both frontend and backend developers which means you can become a fullstack developer while being able to focus on mastering only one language. The benefits of JavaScript are:

If you know that you either only want to work with data or exclusively on the backend, learning Python is the other option that is good for beginners.

Modern JavaScript From The Beginning

Frontend development is how we build user interfaces for the web. You must have a strong foundation in JavaScript as well as understanding how HTML/CSS work.

The popular client-side libraries — React, Angular, and Vue — are all written in JavaScript. Knowing vanilla JavaScript thoroughly is essential to leveling up and having the required skills to build complex applications. Once you have a solid foundation in JavaScript, you should learn HTML and CSS. Even though the UI is coded in JS, it still generates HTML and is styled by CSS.

Refer to the resources in the “Introduction to Programming” section if you need more work with JavaScript.

Modern UI development has gravitated towards a component model with 3 libraries as the primary ones used by professional frontend engineers— React, Vue, and Angular. You are better off knowing one of these libraries very well as opposed to trying to learn all 3. Then on the job, you will be able to pick up something different if the company uses a framework that you did not learn. React is the most popular, but Vue and Angular are both being adopted rapidly.

The backend is where you communicate with the database, handle business logic, and send the necessary data to the frontend.

Your backend / server can be written in any language. My recommendation is to start with Node/JavaScript since it is relatively easy to learn but also incredibly powerful. In addition, you can more easily transition between frontend and backend since you will be using the same language for each. I will also detail other possible languages to learn backend development — Python, Go, Ruby on Rails.

Working with a database is core to being a backend engineer, and I will also outline tutorials to learn SQL, NoSQL, and GraphQL. While NoSQL has become more popular, SQL is still by far the most utilized database type and is essential to learn.

DevOps manages the infrastructure of a company. They set up the processes to deploy your web apps and manage traffic to the site. DevOps engineers focus on allowing other teams to get code into production as fast as possible and make sure the servers are always up and running while and sending content to the end-user as quickly as possible.

The field of DevOps is very broad, and the choices they make impact every engineering team. Some essential topics to learn as a DevOps engineer include: 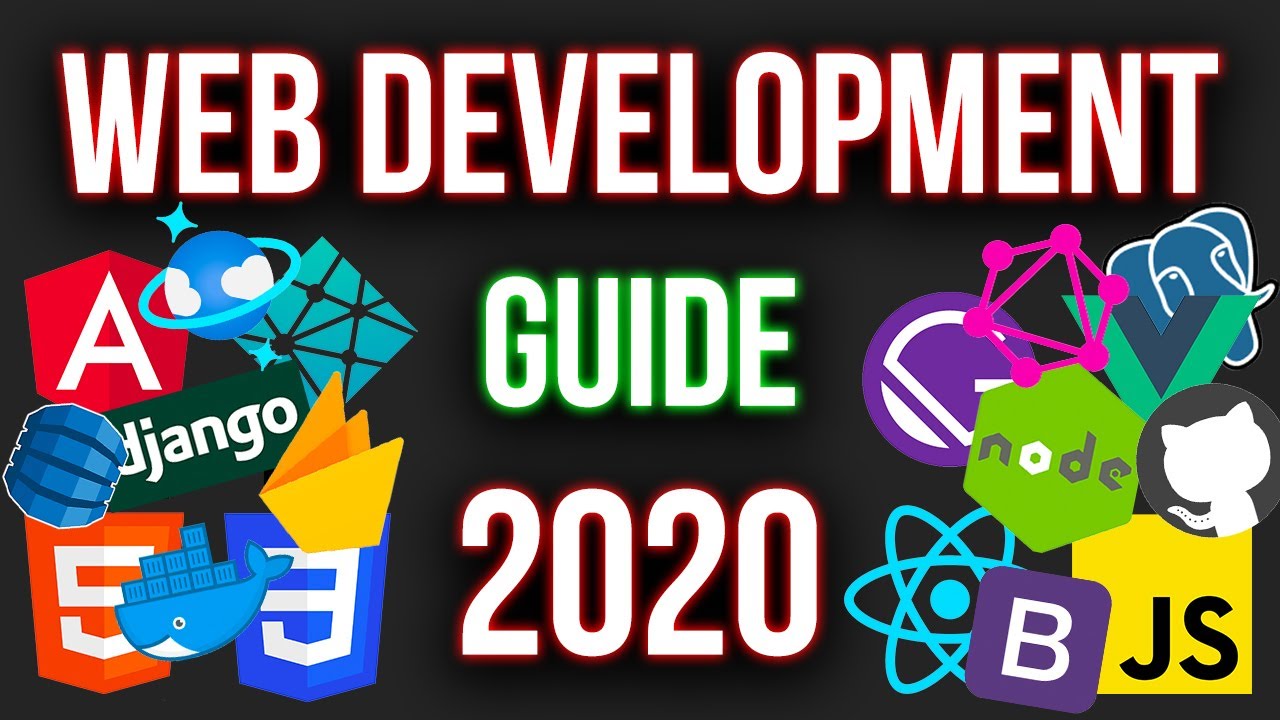 Frameworks like Jekyll, Gatsby, or Hugo can quickly create simple static web pages. Static pages are faster and safer than dynamic pages, and you can add dynamic content to static pages using the API and Markdown. I think that successful web development companies are using something similar right now