In software engineering interview process system design round has become a standard part of the interview. The main purpose of this round is to check the ability of a candidate to build a complex and large scale system. Due to the lack of experience in building a large scale system a lot of engineers struggle with this round. There is no accurate and standard answer to the design problems. You may have different conversations with different interviewers for the same question. Due to the open-ended nature of this round, not just junior and mid-level developers but also experienced developers feel uncomfortable in this round. 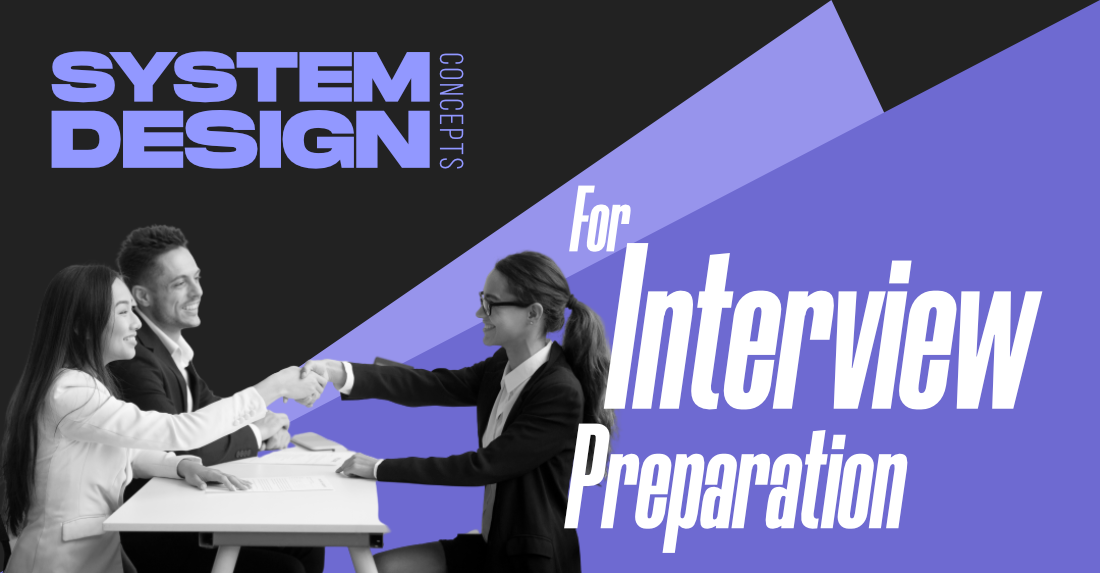 This round is not much focused on coding. The interviewer wants to know how you architect the entire system and how you glue them together. If you are preparing yourself for this round then we recommend you to read the blog How to Crack System Design Round in Interviews?. You should know some important concepts of system design round before you jump into preparing yourself for some specific question. We are going to cover some basic concepts of system design to build a strong foundation for the problems in this round.

In a system, a server has a certain amount of capacity to handle the load or request from users. If a server receives a lot of requests simultaneously more than it’s capacity than the throughput of the server gets reduced and it can slow down. Also, it can be failed (no availability) if it continues for a longer period. You can add more servers (horizontal scaling) and resolve this issue by distributing the number of requests among these servers. Now the question is who is going to take ownership of distributing the request and balancing the load. Who is going to decide which request should be allocated to which server to ease the burden of a single server? Here comes the role of the load balancer.

A load balancer’s job is to distribute traffic to many different servers to help with throughput, performance, latency, and scalability. You can put the load balancer in front of the clients (it can be also inserted to other places) and then the load balancer will route the incoming request across multiple web servers. In short, load balancers are traffic managers and they take responsibility for the availability and throughput of the system. Nginx, Cisco, TP-Link, Barracuda, Citrix, Elastic Load Balancing from AWS…these are some popular load balancers available in the market. 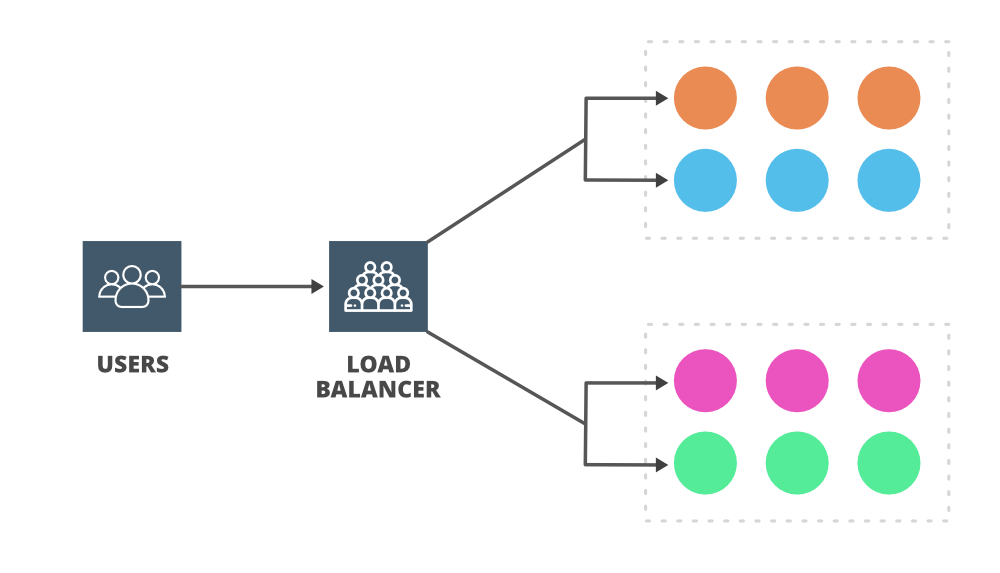 We talked about the load on the servers on load balancing section but one thing you need to know is usually your web server is not the first to go down, in fact, quite often is your database server which may be under high loads for lots of writes or reads operations. Quite often we hit the database for various queries and joints which slows downs the performance of the system. To handle these queries and lots of reads and write caching is the best technique to use.

Do you go to your nearest shop to buy some essentials every time you need something in your kitchen? absolutely no. Instead of visiting the nearest shop every time we want to buy and store some basics in our refrigerator and our food cupboard. This is caching. The cooking time gets reduced if the food items are already available in your refrigerator. This saves a lot of time. The same things happen in the system. Accessing data from primary memory (RAM) is faster than accessing data from secondary memory (disk). By using the caching technique you can speed up the performance of your system.

If you need to rely on a certain piece of data often then cache the data and retrieve it faster from the memory rather than disk. This process reduces the workload on the backend servers. Caching helps in reducing the-network calls to the database. Some popular caching services are Memcache, Redis, and Cassandra. A lot of websites use CDN (content delivery network) which is a global network of servers. CDN cache static assets files like images, javascript, HTML, or CSS and it makes accessing very fast for the users. You can insert caching in on the client (e.g. browser storage), between the client and the server (e.g. CDNs), or on the server itself.

The system design interview provides the key signals that differentiate a tech lead from programmers. Here’s some tips may help you ace it. ![Image for post](https://miro.medium.com/max/753/1*NZGjsIPEFwTxgfyBy_AUZA.jpeg) Image...

That dreaded system design interview. I remember the first system design question I was asked. “Design WhatsApp”, he said. I didn’t know where to start! I was a fresher. Data structures and algorithms were the only things I knew. I am sure you can guess how that interview went. Then after enough research, I made myself a checklist of components, of sorts, to navigate me through my next system design interviews. And I sh*t you not, it works!

The complete guide to crack the System Design interview

Template to answer any system design question — Links to all the resources attached.

Design systems are interdisciplinary by nature. They are built and consumed by designers and developers, therefore it is important for common terminologies to exist to support the communication between these two disciplines and other related actors.