Why So Many Developers Hate Scrum 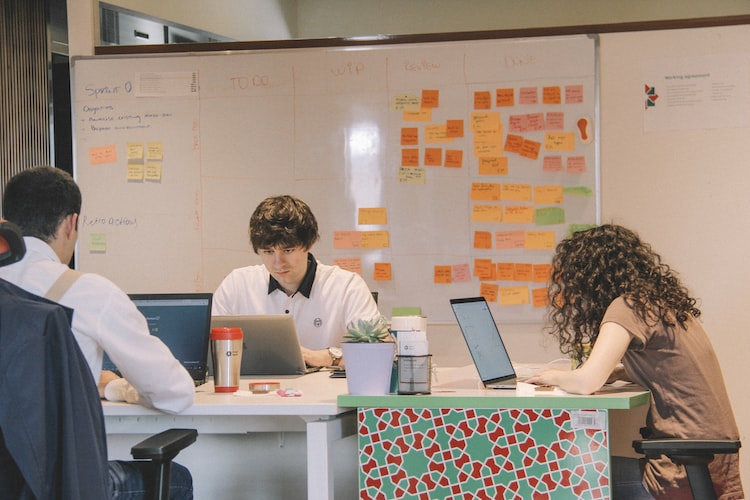 Agile methodologies have become widespread in the modern IT community as a replacement for traditional waterfall models. There are several Agile frameworks for software development, the most popular of which is Scrum, which focuses on precise control of development processes. Weirdly enough, despite its many advantages, it divided the IT community into “Scrum-haters” and “Scrum-defenders”. Let's see what caused this dispute and whether there are ways to fix it.

The Scrum methodology is a set of principles on which the development process is built. It allows, in rigidly fixed and short-term iterations, called sprints, to provide the end-user with working software and new functionality.

A large number of companies are experiencing difficulties in adapting and implementing Agile methodologies in their projects, despite their high popularity. Frameworks such as Scrum offer a comprehensive approach to solving most of the problems of traditional development approaches as a set of complementary components. However, due to the extreme variety of IT projects, some components become inapplicable for specific projects, whose business processes are subject to the specifics of the product being developed.

Scrum, in particular, has received many negative reviews. Many discussions have tried to grasp the impact and limitations of Scrum on a team or individual. While many see Scrum as the root cause of team failure, others see it as an attribution error and say that dysfunction in development teams has much deeper roots.

We discovered several major pitfalls that can bring damage to devs work.

Scrum is designed to solve many of the problems of traditional models. However, employees of many companies starting to implement the methodology noted several negative effects arising during the transition process, a decrease in the level of team manageability, or a general ineffectiveness of the methodology.

Scrum consists of a limited set of well-described

, but the composition of these components is not deterministic and may change depending on the current situation in projects. Also, the process of implementing these components is not regulated and is potentially dangerous for the team and the company, since mistakes made during the implementation process can lead to the disintegration of the team, the departure of employees or the loss of team efficiency.

Scrum methodology has some problems, among which are the following:

Complexity. Scrum does not produce the desired results if the specialist is not qualified. It is because you need to learn how to work with it. For new employees, interns, specialists with little work experience who have just joined the team, this methodology can become a stumbling block.

Manager-oriented. Many complaints from developers lead to the point that most Scrum online meetings and “stand-ups” usually turn into a show for managers. Low attention to tests at different stages of software project development also bothers programmers. In addition, if sprint intervals are too short, various kinds of errors (technical, business logic, etc.) may gradually begin to accumulate in the project.

Narrow specialization of methods. Scrum methodology is effective in the technical field. If you use Scrum in website development, the design and content stages will already go beyond the methodology and require a completely different approach.

Team. Probably one of the main advantages and disadvantages at the same time. Finding a team is the hardest part. They should not only be combined with each other as professionals but also as ordinary people. Scrum is focused on the fact that the work team independently identifies the internal leader, depending on the sprint. It is important to form a Scrum IT team, relying not only on the professional qualities of the developers but also on the psychological ones so that the participants interact with each other.

Planning. To work with Scrum, a company should be experienced and have an understanding of what output is expected. However, if this methodology is used for the first time, there’s a big chance that the team will be wrong in planning. For example, setting either very small time intervals in the sprints, or making them too long is one of the most common mistakes that companies make, and you can’t really blame them. Real life is much more complicated than a computer program.

Time. Do you remember that sprints have speeches (mini-planning sessions) all the time? Now calculate how long it takes during the whole project. It seems that with this methodology, we could finally get rid of the bureaucracy and planning meetings, but as a result, we came to a decrease in their time yet an increase in their number. The bottom line is that too much time is spent on discussions.

Rigidity. There is a problem in the structure of the Scrum methodology. Any project is divided into subparts, which are done in several sprints. All this is implemented by the teams led by the Scrum Master. No other way! No individual players, no breakdown in structure, no longer sprints in the middle. Everything is tough, and according to plan.

Knowing the main disadvantages of Scrum, we can highlight the following ways to improve efficiency and eliminate the shortcomings of this methodology:

Time superiority in the implementation of any activity is the guarantee of a quickly completed prototype with the main functionality, and, accordingly, a quickly completed project as a whole. If we assess the complexity of the task, then it becomes possible to distribute tasks depending on the skill level of specialists. Also, knowing the level of complexity of the task, from two tasks with the same priority, it is possible to make a managerial decision on the choice of these tasks to be more profitable, based on the cost of implementing this task.

Decomposition, as a process of dismemberment, allows us to consider any investigated system as complex, consisting of separate interconnected subsystems, which, in turn, can also be dismembered into parts. This method makes it possible to effectively distribute and solve problems between different departments of the company or individual employees. Also, the method expands the boundaries of product building in areas other than technical.

Testing Tasks at Each Hierarchy Level

The purpose of testing: to demonstrate to developers and customers that the program meets the requirements, to identify situations in which the behavior of the program is incorrect, undesirable or not conforming to the specification. It will prevent the accumulation of errors, because sometimes more time and resources are spent on finding and eliminating at a later stage of development than if this error was fixed immediately. If testing is successful, the task is marked completed.

Reassessment of Priorities at Each Sprint Iteration

Sprint in the context of the Scrum methodology is an iteration during which the functional growth of software is created. Re-prioritizing tasks at each iteration of the sprint enables more efficient allocation of project resources. During the period of the next iteration, problems are solved, new ideas are discussed, and some problems may be in the background.

It is very important to choose the right development methodology at the software implementation stage. Even though Scrum has many problems, it is still the most popular Agile method for managing the development process. Still, before implementing it into your project, it is better to read the Scrum Guide to be ready for all complications.