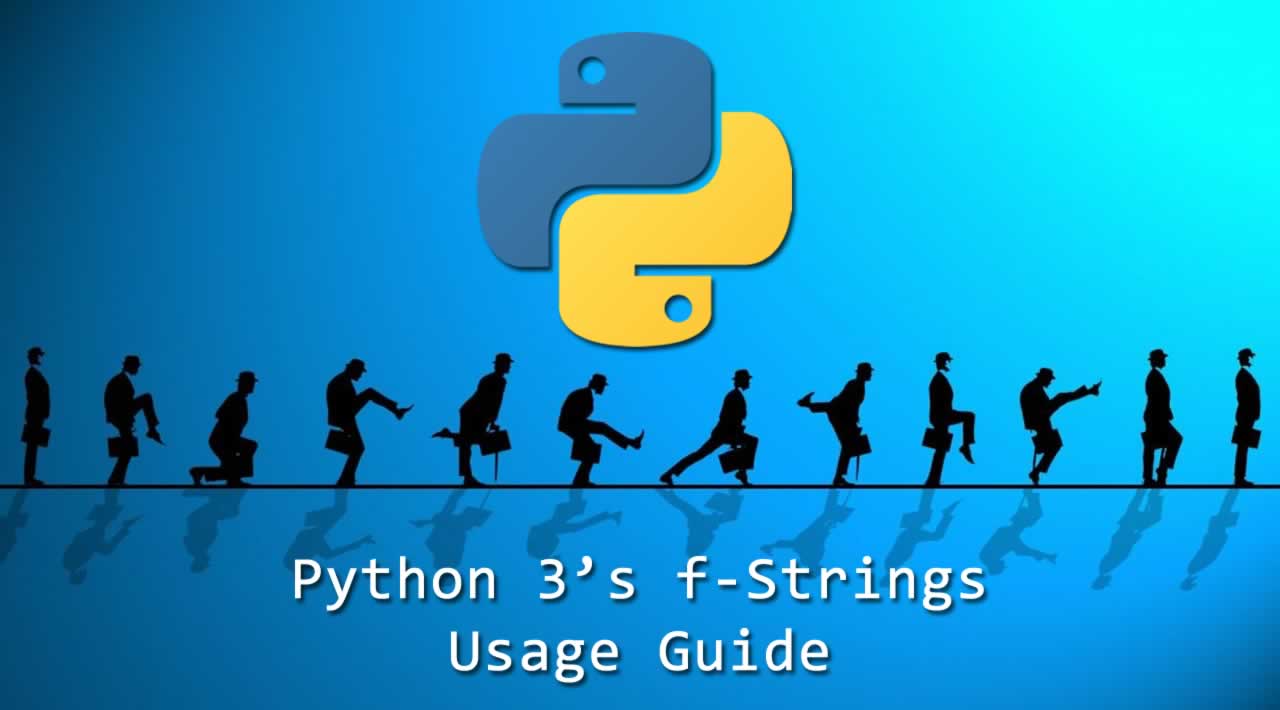 Python’s F String was launched with Python 3.6.0 by PEP-498 – Literal String Interpolation and was called python f strings in layman’s language.Before the introduction of Python f strings, there were other methods of formatting like %-formatting , str.format() or string.Template(). All these methods have their advantages and disadvantages but were very difficult to use. But Python f strings have become the most popular feature of Python.

Before the advent of f-strings in Python, %-formatting was used, which can only format integers, strings and doubles. Any other type will either not be supported or converted into one of these. One of the major issues which it faces is that it encounters an error if more than one value is provided. This is well documented in official documentation of Python f string

This method addresses many issues of %-formatting as in supporting multiple parameters which could be further extended using format(). The major issue with it is verbosity. Have a look at the following code, the ‘name’ is used for so many times.:-

However, you can use the simpler method to overcome this:-

But,this case is simpler and easy to read, only if we have fewer placeholders {} and variables. If the number of placeholders increases, we will have to go back to the placeholder and variable over and again to be correct.

Python’s f strings overcome the majority of the issues discussed above. Therefore the current versions of Python (Python 3.6 and above) come with Python f-strings. It uses minimal syntax and is more convenient and readable than any of the other methods.

How to use f-strings in Python

To use Python f-strings he common practice (as detailed in the official documentation ) is to use f followed by ‘(Opening single quote) , text if any, variable in {} (single curly brackets) and ‘ (Closing single quote).

Have a look at the following example

You can directly do the calculations inside a f-string and can even use methods and functions.

In this case, we will have to use different quotes inside the expression:-

However, backslash (escape character) is allowed in the string portion of the text.

Just like backslashes, you can not use inline comments inside the expression portion of the Python F string.

Since dictionaries involve quotes, using them inside f-strings could be a bit tricky.

Using the f-strings in Python, we can specify the formats like zero-padding a number, digits after decimal or datetime. This is also called f-strings padding in Python.

For example, we can have an number with 0 padding using F-strings like this:-

Similarly, we can define the number of digits after decimal in a float. This doesn’t just strip off the rest of the decimal points, but round it properly.

We can format the dates using datetime module in Python f-strings also:

You can find more directives (i.e. %A etc.) from here.

We can also print the raw strings as under:-

We can also use multiline strings as shown below. You must note that you need to add f in front of every line otherwise you will get an error.

So, just dive into it and start practicing Python f-strings.