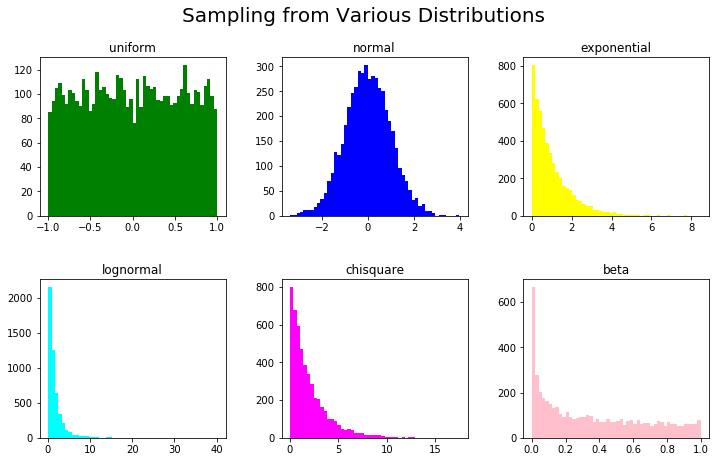 In this tutorial, we'll discuss the details of generating different synthetic datasets using Numpy and Scikit-learn libraries. We'll see how different samples can be generated from various distributions with known parameters.

In this tutorial, we'll discuss the details of generating different synthetic datasets using Numpy and Scikit-learn libraries. We'll see how different samples can be generated from various distributions with known parameters.

We'll also discuss generating datasets for different purposes, such as regression, classification, and clustering. At the end we'll see how we can generate a dataset that mimics the distribution of an existing dataset.

The Need for Synthetic Data

In data science, synthetic data plays a very important role. It allows us to test a new algorithm under controlled conditions. In other words, we can generate data that tests a very specific property or behavior of our algorithm.

There are many other instances, where synthetic data may be needed. For example, real data may be hard or expensive to acquire, or it may have too few data-points. Another reason is privacy, where real data cannot be revealed to others.

Before we write code for synthetic data generation, let's import the required libraries:

Then, we'll have some useful variables in the beginning:

Everything You Need to Know About Scikit-Learn Python library

Everything You Need to Know About Scikit-Learn Python library. Take a look at the Scikit-Python library, including its implementation, training a model, and some additional tips.

The most Python programs will consist of three steps — getting input into the program, processing the input in some way, and outputting the results of the processing. I’m going to focus on one part of that step — getting input into a program — by prompting the user to enter some data and then reading the data into the program. This is a mostly straightforward process except for some data conversions that have to occur when you are inputting numbers.