KeepKey Hardware Wallet Review - Should you still KEEP it in 2020 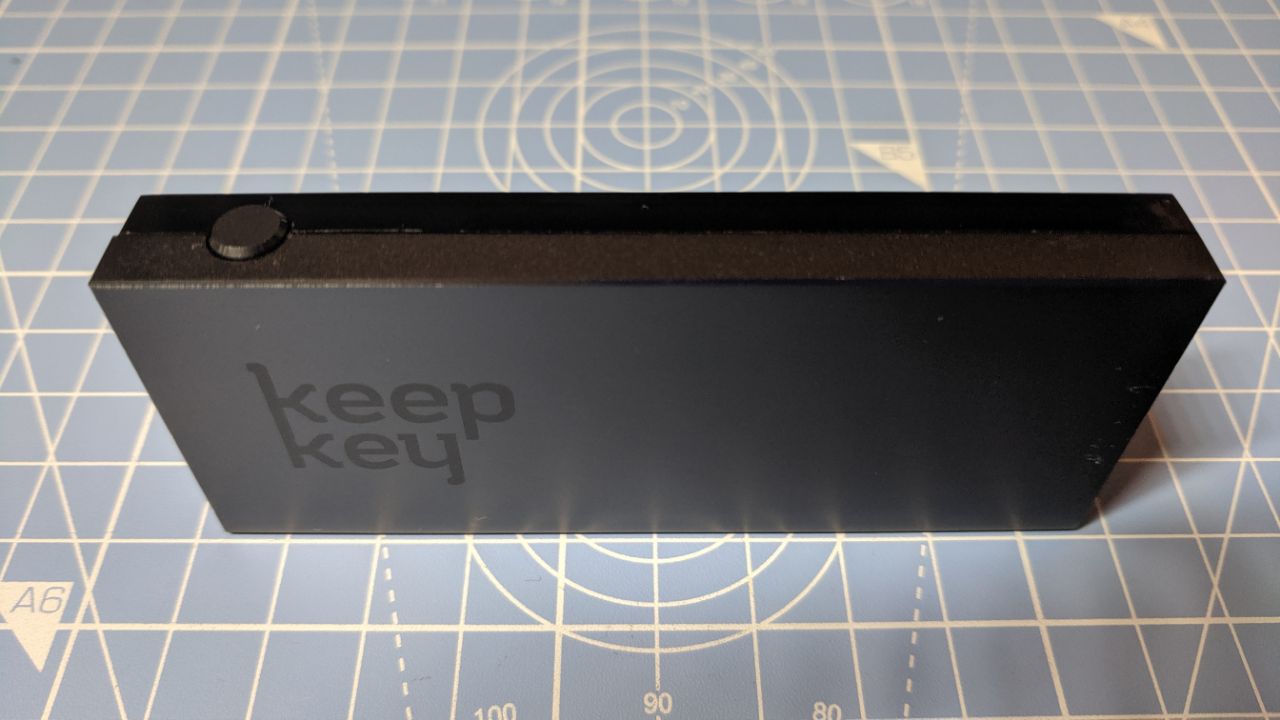 CrowdforThink : Blog -KeepKey Hardware Wallet Review - Should you still KEEP it in 2020. In 2013, a new type of cryptocurrency device appeared - hardware wallets. Their feature is that the user's private keys are stored in a separate offline environment, which excludes the possibility of remote theft of the user's digital assets.

In 2013, a new type of cryptocurrency device appeared - hardware wallets. Their feature is that the user's private keys are stored in a separate offline environment, which excludes the possibility of remote theft of the user's digital assets. The first such device was the Trezor One (2013), and a few years later the Ledger Nano S (2016) was born. All of these devices support the BIP32, 39, 44 protocols - generally accepted industry standards designed to make working with cryptocurrency more secure and convenient.

Keepkey's hardware HD wallet, released in 2015, is the second in a row. Today, the market is replete with many devices for the cold use of cryptocurrency, but despite this, these three manufacturers remain the best choice in the blockchain community. In this review, we will study in detail the second-largest hardware wallet in the world - Keepkey and the features of its Keepkey client interfaces and ShapeShift platform.

In this section, we will find out what the original Keepkey packaging looks like, where the holographic seal is located on it, consider the external characteristics of the device, and what accessories are attached to it.

The cryptocurrency wallet is packed in a small box of dark gray color, which is wrapped with factory film. In one corner, the brand name is printed in black. A holographic seal is glued to the top cover and one of the sides of the package. This confirms that the device was not opened and used by someone else since traces remain after breaking the seal. Of course, this does not give a 100% guarantee that the device was not compromised, but this is an established practice that is used by many manufacturers.

The wallet must have a tightly glued holographic seal! If it is damaged and broken, then contact the seller.

The lid of the package is attached to the body with a magnet. Opening it, we can see the device, which is surrounded by protective foam. The address www.keepkey.com/get-started is printed on the inside of the lid, from which activation should be started.

The weight of Keepkey is 55 grams, which makes it the heaviest among hardware wallets. But not only the weight distinguishes it from the competition, but also the dimensions: 35 x 90 x 10mm. As you can see from the previous photo, the new device must be wrapped in a protective film.

The large size allows you to fit on the front panel an almost 8 centimeter OLED display (256 x 64 pixels). On the side, there is one button for controlling all operations, and on the other side, there is a micro-USB port. The back case is made of anodized aluminum and has a dark metallic color, which shows the Keepkey logo.

The complete set of the device consists of the following accessories:

If you find evidence in the packaging and packaging confirming that Keepkey was in use, be sure to contact the seller. Such a device is in no case recommended to use!

Keepkey client interface: how to use Keepkey wallet

This section will discuss the basic settings and features of the original Keepkey client application, but developers have recently proposed a new version of the client called ShapeShift, which will be discussed in the next section. Moreover, when you click on the link indicated on the packaging lid, the user is automatically redirected to the new ShapeShift interface. Based on this, we can conclude that gradually the previous client will be replaced by a new one.

The Keepkey client application is a client in the form of an extension for the google chrome browser. It is available on PCs with the operating system Mac, Linux, Android, Windows.

After starting the client, we are invited to initialize the device. We perform the following steps:

The wallet name may consist of Latin letters, numbers, and some special characters. It allows you to identify the device if the user uses several devices at the same time. If necessary, it can be changed later.

The PIN code protects the user's digital assets in the event of a device loss. There are three important recommendations when installing it:

The PIN code is entered through the blind matrix. This means that the PC display shows empty cells with no values, and the numbers are displayed on the device display chaotically. This prevents Pin from being compromised if an attacker or malware reads the screen.

After dialing the required PIN code, click the Choose PIN button Choose PIN and then confirm it again to eliminate an error.

We write a mnemonic phrase

Now we pass to the most important stage when creating a wallet - recording a mnemonic phrase. In another way, this process is called Creating Backup.

Keepkey suggests writing down 12 random English words. The basis of these words is a 128-bit random number, which is generated as follows:

It is important to understand that entropy (a measure of uncertainty or, to put it simply, randomness) is used not only on the device but also in the operating system. This allows you to generate a truly random number.

After activation, the user enters the start window with the first account and the default Bitcoin account selected. To the right of the emblem of the coin, its balance is displayed. At the moment, zero. Below we will tell you how to work with other cryptocurrencies.

To accept the first coins from addresses, click on the Receive Receive Bitcoin button. After that, an unused public address is generated, which is displayed both on the PC and on the display of the device.

The address for receiving can only be used after reconciliation. The copy address button is to the right of it.

Next, we forward this address to the person who wants to send us the funds and wait for the receipt.

Side buttons left-right <> allow you to use additional addresses. In modern cryptocurrency wallets, there are a lot of them.

This section is presented in a table with the following columns:

The table with information is sorted by date, which allows you to control all movements of funds by analogy with a bank statement.

Once the cryptocurrency has arrived at the address and received confirmation., The user can use them to send funds. To do this, click on the Send Send button.

In the sending form, the cryptocurrency emblem the user is working with is shown at the top, the balance is available, and just below there are several fields to fill in:

After clicking on the send Send button, the operation must be confirmed twice on the device: recipient address, sending amount and commission.

At this stage, it is important to make sure that the addresses on the PC and the wallet are the same to exclude the possibility of its substitution by malicious programs.

Sending, as well as upon receipt, will be displayed in the transaction section. The receiving and sending addresses are the same, and in the Amount column the negative value is the payment of money, and the positive is the receipt. Note that only the sender, not the recipient, pays the commission.

In the lower right corner is the Add account button. They are also called accounts differently. A user can have many accounts of the same cryptocurrency. Add a Litecoin account at this stage.

The start window with a list of accounts in modern interfaces is called a portfolio or portfolio of accounts, where all available digital assets are presented in a convenient form. It is worth considering that each account has its balance and transaction history.