In this Angular 11 tutorial, Alyssa Nicoll goes over some of the highlights of Angular version 11. She’ll also dive into her experiences with the RCs, the team's tight feedback loop and the exciting update party that will be on Friday the 13th!

In this article, Alyssa Nicoll goes over some of the highlights of Angular version 11. She’ll also dive into her experiences with the RCs, the team's tight feedback loop and the exciting update party that will be on Friday the 13th!

Angular version 11 dropped on 11/11 and you cannot say the A-team doesn’t have a sense of humor. This season has been so trying for so many of us, it feels so good to have something fresh to look forward to.

Join the cool-kids on v11

Update your Angular app today using this command ‘ng update @angular/cli @angular/core’. For the first time ever, we have an update party going on in the Angular Discord at 12PM PST. The Angular Discord is always a great place to find community and help with issues you might be having. However, the update party will be a concentrated time of focus just on the update from other versions to Angular 11. Join the Angular Discord Community if you haven’t yet, and make sure to tune in on Friday, November 13th at 12PM PST. The Angular team will have a Keynote & Q/A for the first 30 minutes on their YouTube! 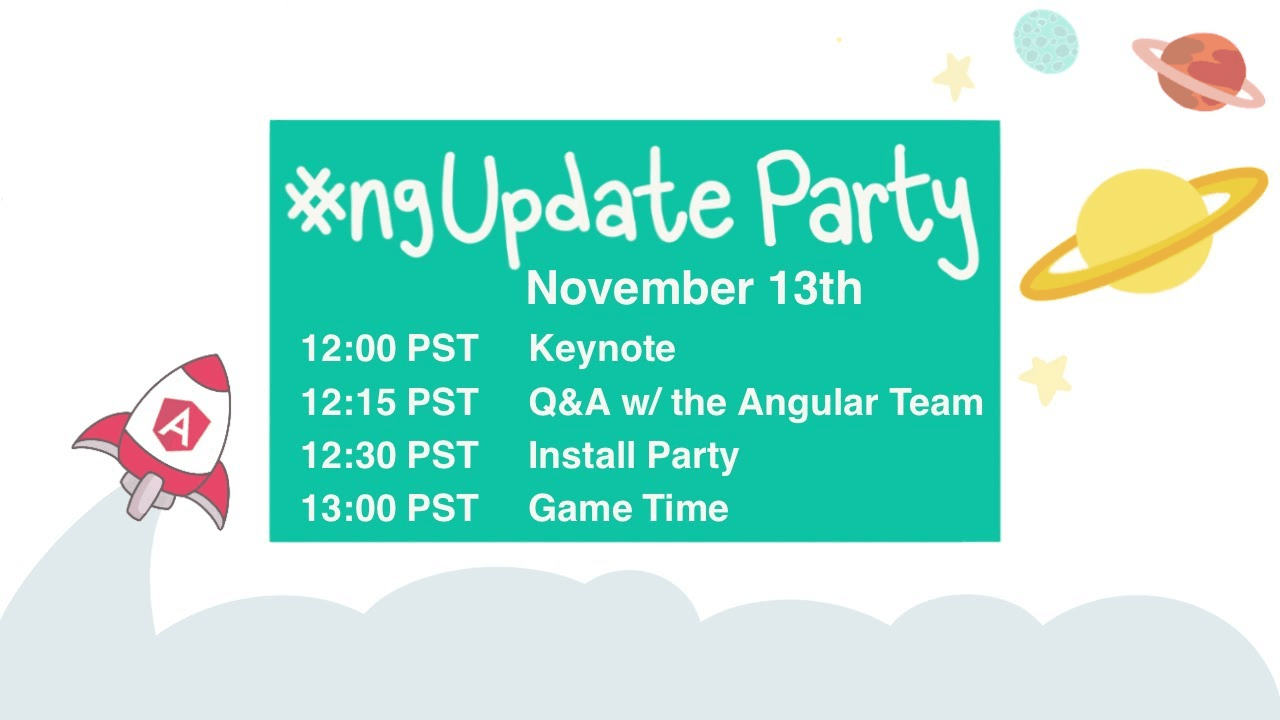 I will also be hosting a special session during the “Install Party & Game Time” where we will talk about the update, play games and give away prizes. Hop on over to our Kendo UI YouTube Channel after the Keynote and Q&A to join in the fun at 12:30PST!

Alyssa and snake friend excited for the Angular Update Party

As always, you can find detailed updates about the latest release on Angular’s official blog. In the rest of this post, I will be going over the highlights of version 11 and my experiences with the update.

Here is a lovely list of the features to be found in not only Angular but the CLI and components this version:

Operation Byelog was a goal the Angular team set in place to triage all tickets in all three mono-repos. They have completed this goal and set a new standard for triaging any new issues that arise:

This is our commitment: Going forward all new issues reported will be triaged within 2 weeks.

I’m excited about this performance update that we will get for free by simply updating to v11. During compile time, the Angular v11 CLI will download and inline the fonts that your application is using. This will speed up your time to first contentful paint!!!

Bob Ross, getting his paint on

We are bringing in new CLI output updates to make logs and reports easier to read.

This was the FIRST thing I noticed when updating to v11 and BOY are the logs pretty now. Seriously, update and check out the output. Simply. Gorgeous. 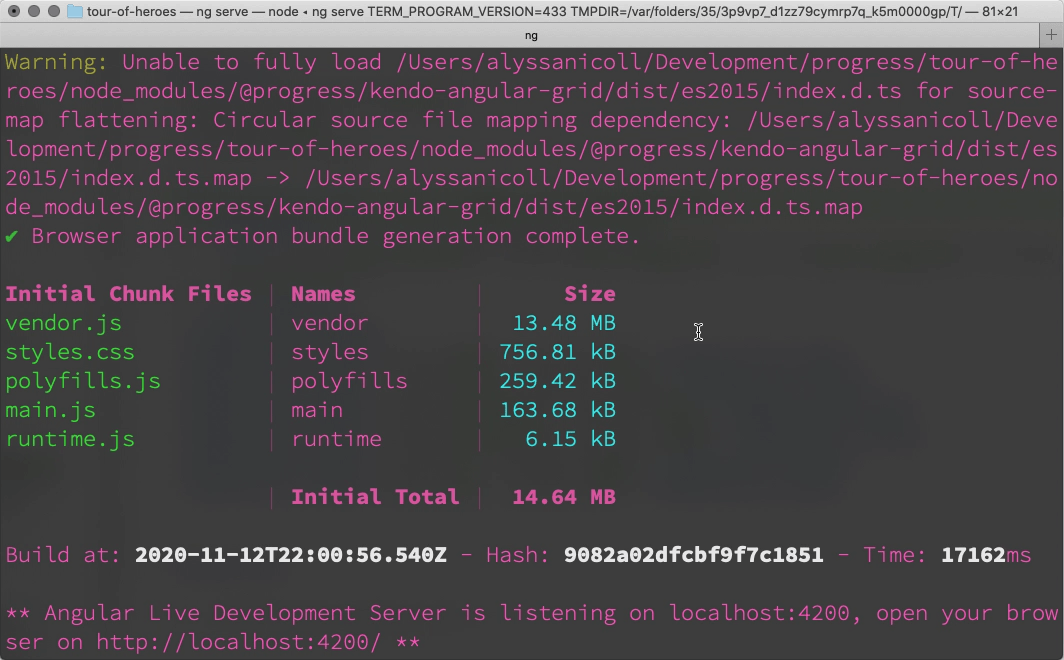