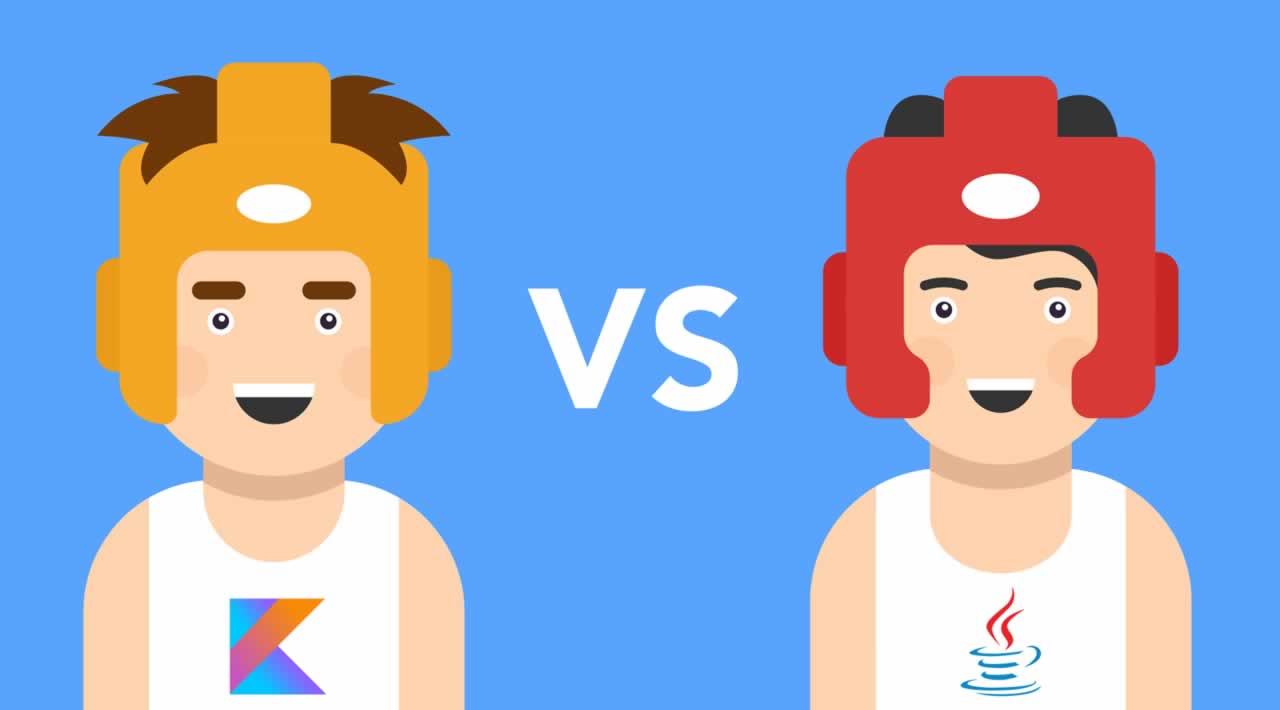 Which programming language comes to mind when you hear Android app development? Most probably, you will immediately think of Java. This is because of the vast number of Android apps that are developed in Java.

Developers around the world are still wondering if Kotlin has any future or not. But with the introduction of Kotlin in Google I/O two years back, Kotlin has made its own place in the Android application development market.

Kotlin is the latest statically-typed, open-source programming language that can run effectively on the Java Virtual Machine (JVM). Kotlin is developed by JetBrains and is officially supported by Google.

The recent survey of Jexenter has placed Kotlin as 6th in the top technology trends. To compare Kotlin with Java, we need to understand its benefits and drawbacks. Business leaders like Pivotal, Atlassian, Pinterest, Evernote, and Uber are now using Kotlin for Android app development.

As per the recent statistics by App brain show the Kotlin language holding 25.30 percent of market share among the top apps of 2018, with 40.76 percent of installs of the new apps.

For more on the market share value of Kotlin-based industry, check out this article.

Why Kotlin Is the Leading Programming Language for Android App Development?

With a concise and intuitive syntax, Kotlin provides an increase in the efficiency of the working team. Fewer code lines and less time are required to write and deploy a program. As a result, you will get your app developed quickly.

In easy terms, Java methods can be called from Kotlin. This feature is beneficial not only for the developers but for the companies that have a large Java code base.

Kotlin for Android developers is easy to maintain with the support of a large number of IDEs, which includes Android studio and several other SDKs. Additionally, developers can work with any toolkit they are comfortable with.

The latest version of Kotlin is reversely compatible with all the previous versions. This resolves the biggest pain point of Android developers: dealing with multiple versions.

Aspirants can learn Kotlin much easier, as compared to Java because it doesn’t require any prior mobile app development knowledge.

Android Studio provides extended support and adaptation tools. Developers can work simultaneously on both the languages.

Developers have reported about the fluctuation in the compilation speed of Kotlin codes. In some cases, it is very fast, and in other cases, it is significantly slower.

Kotlin has a small developer community that results in limited resources to learn the language. There will be a lot of queries which will be unanswered.

There are very limited numbers of developers available for Kotlin. The talent gap in the Android app development market has increased in regards to Kotlin.

Java is considered one of the best programming languages for app development. The object-oriented programming is just a basic feature. It serves a lot more than just Android app development support. Here are few of the pros and cons of java.

The recent TIOBE index of December 2018 shows Java as number one among the top programming languages.

How Java Is Still Better Than Kotlin?

With the help of the platform-agnostic Java Virtual Machine, Java programs can run on almost any system. As a result, Java has the majority of Android applications.

Developers get help on almost any issue, bug, or problem of their Java code with the help of large GitHub and Stack Overflow communities.

As Java has developed the Android, it has already existing libraries and SDKs to help in the development process.

Where Does Java Lag behind?

Java requires more memory and is much slower when compared to other languages. 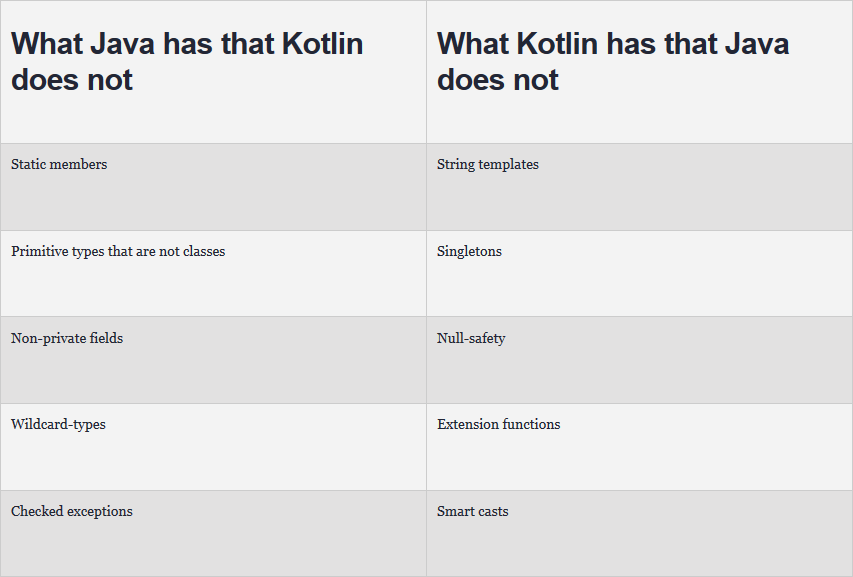 If you are a developer, then you need to upgrade your skills to the latest trends. There is no doubt that Java is still the king of Android programming, but as a developer, you need to be up to date. I am sure the above advantages of Kotlin must have convinced you why you should, at least, learn Kotlin for Android app development.