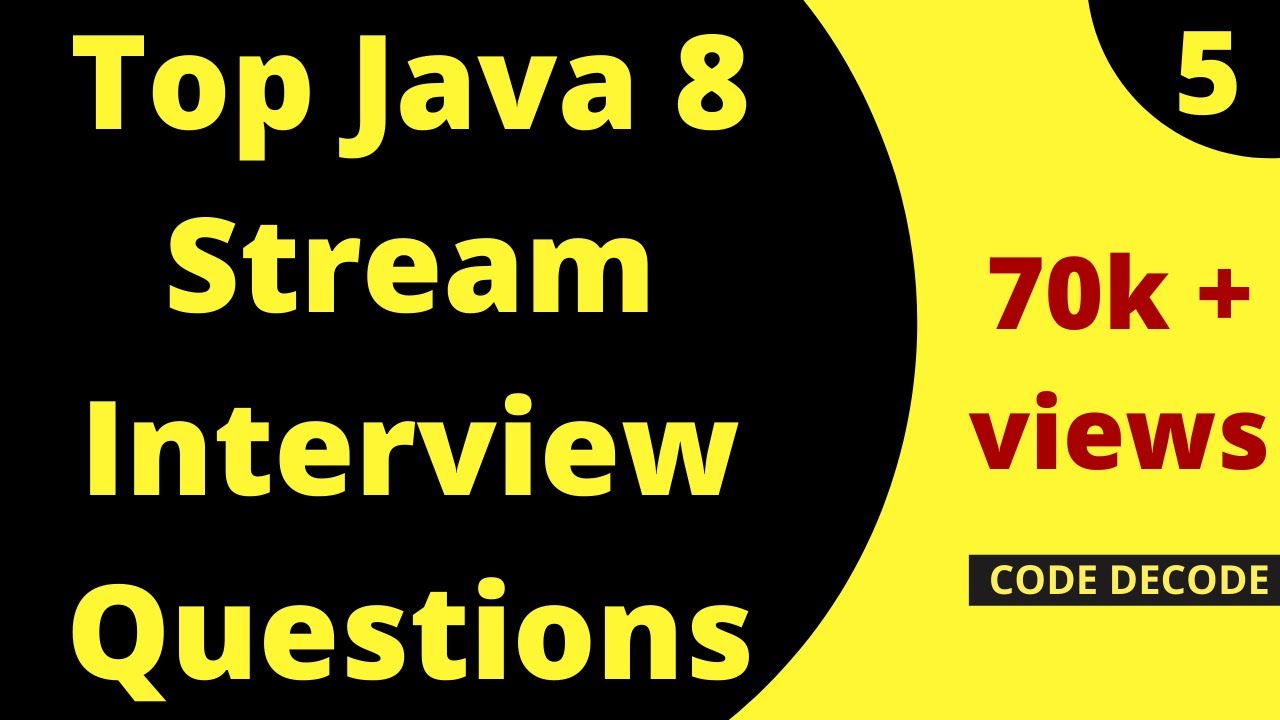 Stream : If we want to process bulk objects of collection then go for streams concept. Way to operate on collection in java 8 is Stream. Its a special iterator class that allows processing collections of objects in a functional manner.

Eg : fetch all objects from collection of list whose value is greater than 15

Why streams were introduced in java 8 if we already had java.io.stream?

To represent group of collection as single entity then we should use collection concept.

If we want to perform operation on bulk objects in collection then we should go for Streams.

We can get stream object by :

What if we don’t want to filter out. We rather want to create new object against each existing stream object based on some function.

EG in given stream create new object by squaring its value

If we want to fetch / filter objects from collection like eg : filter only even numbers from array list collection the use Filter for configuration of stream.

If we want to perform some operation on each objects of the collection then create another mapped object with different value(after operation is performed ) for each object of that collection, then use map.

In today’s world of ever-increasing digital interconnectivity, APIs have emerged as essential tools for integrating data efficiently and cost-effectively. In this article we'll talk about the following five main factors behind the remarkable evolution of APIs in recent years