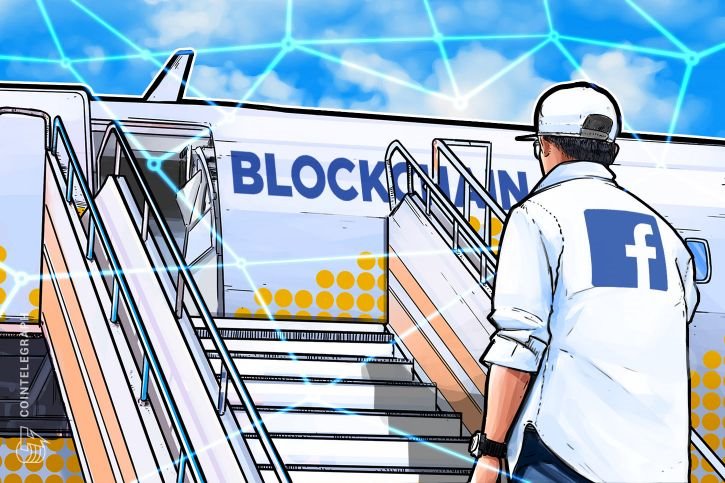 There’s no doubt that Facebook is going big with private communication. But to truly succeed with this new business model, the company must rethink the way it monetizes content across its platform.

There’s no doubt that Facebook is going big with private communication. But to truly succeed with this new business model, the company must rethink the way it monetizes content across its platform.

One solution would be developing a third-party app ecosystem around content — an ecosystem where financial services and payments are key. Blockchain technology, built and maintained by the company’s in-house blockchain group, would be the ideal engine to power these new services, everything from Facebook’s private messaging to the transactions that take place across the platform.

In this post, we’ll examine how the company arrived at this new model, why it’s poised to succeed and the implications for Facebook and beyond.

In the fall of 2015, Mark Zuckerberg and Facebook were on top of the world. The company’s advertising business was growing at a double-digit percent clip, the stock was at an all-time high.

Then the 2016 election happened, and with it came an onslaught of fake news. Over the next two years, Facebook faced increasing regulatory scrutiny. The integrity of the content on its platform started to matter. In the public’s eyes, Facebook had moved from a technology platform to a robust media outlet, and like any media outlet, it had to take responsibility for its content.

So what did Facebook do? For starters, the company announced hiring thousands of editors to help reduce fake news on its platform.

This new overhead challenged their road-tested ad-based business model and, as venture capitalist Hunter Walk pointed out, taking more content ownership also meant lower software margins. Facebook was under pressure from both regulators to take responsibility and shareholders to grow its valuation.

Then, early this month, Mark unveiled his big pivot. He introduced a revised vision for Facebook — one that centered around private, secure communication in smaller communities.

‘I believe the future of communication will increasingly shift to private, encrypted services.’ — Mark Zuckerberg

Facebook’s secure messaging could be the next “super app”

In non-emerging markets, such as the United States, where credit card adoption is prevalent, the Google and Apple app stores solve third-party app discovery and payment friction. Consumers give their credit card details to an app store, and this information becomes available for use across the app ecosystem.

Like Google and Apple, Facebook’s secure messaging platform could enable third-party apps to plug their services into and around the chat application. By doing this, it would make services, like blockchain-enable payments, available across the app ecosystem.

Taking it one step further, Facebook could leverage blockchain for financial services directly in platform and help facilitate online payments and other financial services, especially in emerging markets that are rapidly transforming from cash to digital payments.

The super app model is thriving in Asia

Mobile super apps are the de facto method for commerce in Asia. Consumers in the region use mobile apps like Gojek, Grab and Alipay — $10B, $14B and $150 billion market caps (respectively) — to access and pay for apps and services ranging from music and transportation to gaming and virtual goods. Not only is this momentum expected to drive future growth in Asia, it will likely spread globally.

These super app companies capitalized on cash to digital and ecommerce trends in the region. Credit cards are not dominant in Asia, and Apple and Google’s app store publishing restrictions are not economically advantageous for developers (30 percent is cut for anything bought through app stores). Further, Asian consumers pre-pay for bandwidth and are thus conservative with mobile data usage.

This creates a lot of friction in payments, especially mobile payments, and means that new services entrants need to take a hyper-local, country-by-country approach in reducing payments friction through their mobile apps.

These Asian super apps did just that. They solved the payment problem for mobile consumers because they enabled consumers with easy ways to deposit money into their apps via cash and bank transfers (since credit cards are not as prevalent in this region).

Asian super apps established their markets far before blockchain and cryptocurrencies were broadly established. However, for new super apps starting today, it makes more sense to tap into blockchain for payments and other financial services than building infrastructure from scratch.

‘Beyond that, significant thought needs to go into all of the services we build on top of that foundation — from how people do payments and financial transactions, to the role of businesses and advertising, to how we can offer a platform for other private services.’ — Mark Zuckerberg

Facebook’s third-party ecosystem built around secure messaging will be the next super app. The company’s blockchain-based payment service will help customers load funds into the new super app, and use it for ecommerce payments and in-app payments, much like the developed world already use the Apple and Google app stores to make payments on our mobile devices today.

But here’s where Facebook, by leveraging blockchain infrastructure and crypto exchanges, may have an added advantage. The company can activate its already massive user base in the region and solve the same last-mile payments problem by partnering with regional crypto exchanges as on and off ramps to the Facebook super app.

Tapping into blockchain and crypto technology in this way could help Facebook scale in emerging markets and take market share away from incumbent providers. Thus, reinventing Facebook as we know it today.

Libra Coin: The Good, The Bad and The Unknown | Hacker Noon

The things you won’t pay attention to behind the hype of Facebook Libra coin announcement. It is no more news that Facebook is taking a chunk of its resources and technical know-how to establishing a coin, Libra.

Solidity is a high-level language used to implement smart contracts. This is an object oriented language designed to target the Ethereum Virtual Machine. Let's explore it!