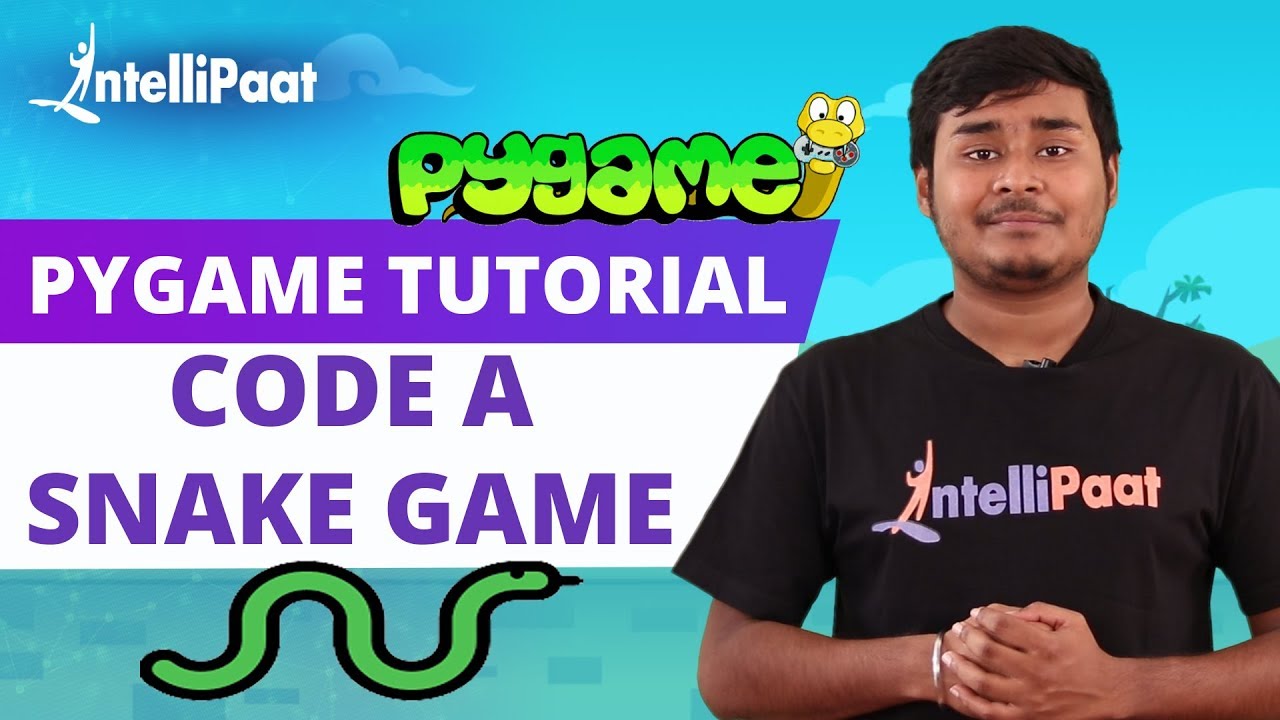 In this python pygame tutorial for beginners video you will learn how to code a python game easily. You will learn why python is required to build pygame games with detailed explanation. There is a hands on python snake game demo so that you understand the concepts well.

Why should you watch this Python tutorial?

You can learn Python much faster than any other programming language and this Python tutorial helps you do just that. Python programming is one of the best languages that is finding increased applications for machine learning. Our Python tutorial has been created with extensive inputs from the industry so that you can learn Python Programming and apply it for real world scenarios like machine learning and data science.

Download Free Source Code of a gaming control using python, OpenCV and Numpy with Complete Tutorial. Use the Python openCV and Numpy libraries to monitor a steering wheel racing game. It offers you the feeling of futuristic driving.The panel is split in 4 sections, logically.

From Game Maker to Python

I use Game Maker for creating simple (and not simple) 2D games for Windows.

From Game Maker to Python

I use Game Maker for creating simple (and not simple) 2D games for Windows.