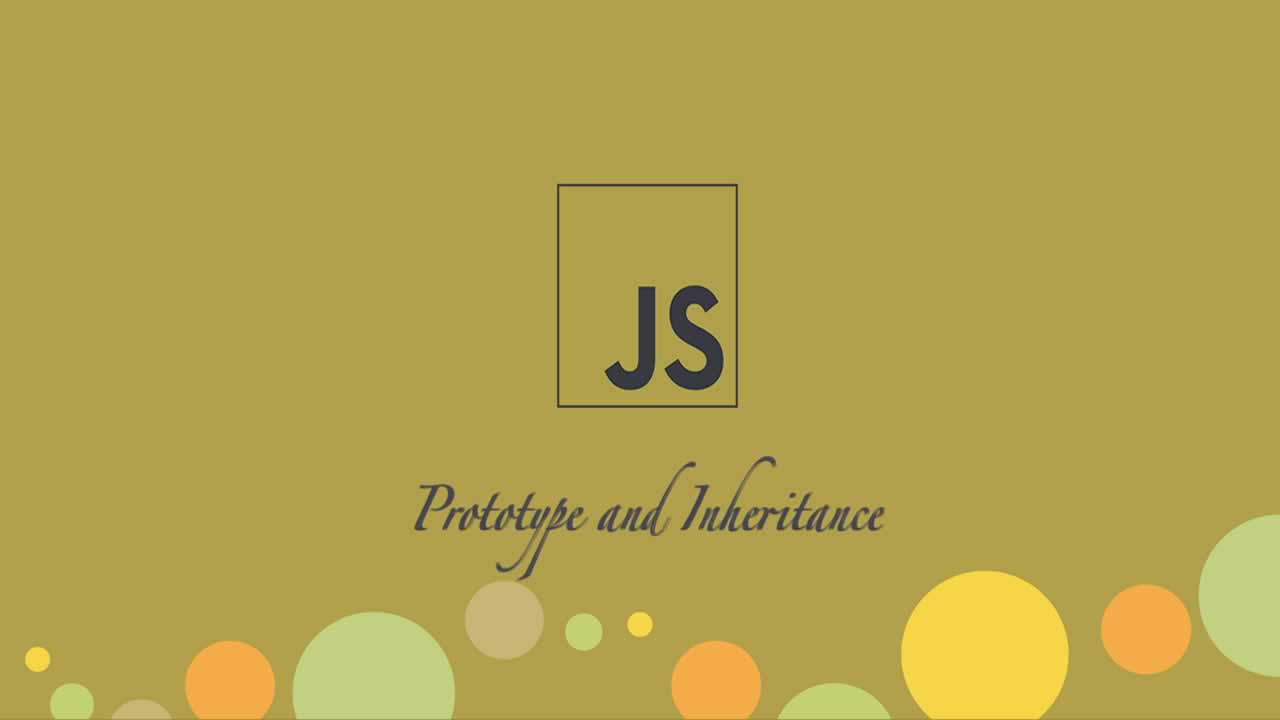 In this article, we are going to deep dive into JavaScript prototype and understand how Object-Constructor relationship works

In this article, we are going to deep dive into JavaScript prototype and understand how Object-Constructor relationship works

JavaScript is weird. If you are a seasoned JavaScript developer then you know that sometimes, it is completely different from other programming languages we are used to. For example, a function can be used as a mechanism to execute a piece of code in an isolated contextor a way to create objects. The weird thing is, in both the cases, function definition looks similar, it’s up to the compiler how it treats it.

In this article, we are going to focus exactly on creating objects by using functions. A function that is used, to create objects is called a constructor function. In JavaScript, almost everything is an object. Let’s understand it.

Almost everything is an In the above example, we can see that variable name_max was assigned with variable name_john. Since the string is a primitive data type, name_max received only copy of the value from name_john. Later, we assigned a new value to name_max. This should change only the value stored in name_max and should not affect name_john in any way, which is proved here.

But unlike other programming languages, if you assign a new value to the variable B, it won’t change the value of A. JavaScript will instead assign a new memory in the Heap and store the value there. Here, A and B are now referencing different values in the memory. From the result, we can see that any changes made to the properties of the evening, john and even modifies the value they point. Hence morning, mike & odd are also modified. But in the case of kate, since we are replacing the entire value, JavaScript allocates new memory for the value and mike remains unaffected, as expected.

One weird thing you might have noticed in the above example is that we are adding a property info on the morning variable which is a function. We know that we can add properties on an object, because traditionally an object is a map of keys and values like {x:y,}. Then how this is possible?

In JavaScript, all referenced data types are objects, not in the traditional way though. Any variable which has **constructor** property on it, is an object. I will explain constructor in details later, but the important thing here to notice is that constructor is like a function from which the object was created. If x.constructor syntax returns a function, then x is an object.

⚠️ As I said null is not an object but if you try typeof null, it returns "object" which is not true. This is a noted JavaScript bug since the initial version of JavaScript. undefined however is type of undefined. this in a constructor function is the object it is going to create. Hence by modifying this, we can add/remote properties on the object. Let’s see a simple demo in which we will create a very simple object.

In the above example, we created a function name Animal. In JavaScript like other programming languages, we use constructor name with the first letter being uppercase, to look more like a class. Since we intend to use the Animal function as a constructor function, this inside the function will point to the object which will be created in the future. So, when the function execution starts, imagine this is an empty object {}.

After when we are done with our constructor function, we can speculate that what would be the object returned when it is invoked with new keyword and proper arguments. As seen from the console output, we can see that object contains name, getName properties. name the property has “Dog” value and getName is a function. When we call a.getName(), this inside getName function points to a and this.name becomes a.name.

In the above program, there is one more property constructor on the object (this should be hidden but codesandbox shows it*). Earlier, we discussed that any variable having this property (hidden or visible*) is an object. Since, a has it, it’s definitely an object. But what is it?

An object keeps the reference to the function constructor from which it was created inside constructor property. In the previous program, we checked if the value of constrcutor is equal to Animal and it returned true. Since, it is purely a reference, you should never override this property.

constructor property is not actually on the object a but on its prototype. Let’s discuss prototype so that you will understand what it is and how it works.

A prototype is a kind of object which functions always have. This is saved inside the hidden prototype property of a function. This isn’t much useful when we are using a function as a normal function to do or return something but it’s very useful when a function is used as a constructor.

In the previous example, let’s see what our Animal prototype looks like. As we can see, our Animal prototype is empty.

Let’s take a look at Animal constructor again. We have a property name which can be different because we are receiving name as an argument. Hence, every object created by Animal constructor can have a different name and we understand that. But do we really need getName function on every object? Can’t object reference a function with key getName. This function might be stored somewhere in the memory and object just reference it. This way, we can save so much space and object doesn’t have to carry so many functions with it which increases its size.

As I said, the object carries a reference to the prototype object of constructor function, it saves this reference in __proto__ property. When you access a property of an object, object first looks at its own and tries to search property there. If it finds the property, it returns that, end of discussion. But if it fails to find the property, it looks at the __proto__ object which points to the prototype of the constructor function and tries to find property there.

From the above example, we moved getName function to the Animal prototype. We also added a static property (static because it never changes) generation to the Animal prototype. Then we created an object a from Animal constructor. By looking at Animal constructor function, we can say that object should have only name property and we can confirm that by looking at a object in the console.

If we check Animal prototype using Animal.prototype, we can see getName and generation properties. Since object a was constructed from Animal, as per our discussion, it should have __proto__ property exactly like Animal.prototype which we can verify visually. But how do we know a.__proto__ actually references Animal.prototype. This can be validated by using strict equal comparison which returned true.

As we know that every constructor function has a prototype object. Initially, it is empty but we can add more properties to it as we desire. And every object has access to it from __proto__ property.

Let me again bring you the earlier test.

Let’s understand a simple analogy. All animals can breathe and see. But only dogs can bark and cats can meow. Hence, dogs and cats inherit breathing property from animal kingdom but they have their own bark and meow property. This can be applied to Object Oriented programming.

⚠️ As I said null is not an object but if you try typeof null, it returns "object" which is not true. This is a noted JavaScript bug since the initial version of JavaScript. undefined however is type of undefined. Then how can we achieve this? One solution would be to save Animal.prototype in Dog.prototype. This way can have all the methods defined in Animal prototype. But this is a wrong approach, let’s see.

As we discussed before, the prototype is an object and when you assign one object with another object, only it’s reference is copied. Hence, Dog.prototype is in reality is Animal.prototype. Hence, if we add any property to Dog.prototype, it will eventually end up on Animal prototype.

Also, since Dog.prototype is Animal.prototype and it contains constructor property which points to Animal constructor function, JavaScript console shows that object d is a type of Animal.

To avoid direct reference between these two prototypes, one might the copy (deep clone) Animal.prototype object and assign it to Dog.prototype. In that case, this won’t be an inheritance. We want Dog.prototype not to carry methods of Animal.prototype but only to reference them. This is where Object.create function is useful. Read more about it on MDN.

Using this function, we are going to create an empty object with Animal prototype and assign it to the Dog.prototype. We will leave the second argument null because we don’t want to add any properties on Dog.prototype yet. We will add them manually.

⚠️ As I said null is not an object but if you try typeof null, it returns "object" which is not true. This is a noted JavaScript bug since the initial version of JavaScript. undefined however is type of undefined. Then we will add constructor property on Dog.prototype because it should be there for safety. Else, any object created from Dog.prototype will still say Animal because of prototype chain (you need to figure this one out, it’s simple). From the above results, everything seems fine. Don’t hate me but this is still not inheritance. Since, Dog only inherited prototype of Animal, our object d is missing class property on it. Let’s expand the object d and have a look.

If you have read my article on this operator, then you know this inside a function depends on the execution context. If you want to provide this manually, you can use functionName.call or functionName.apply methods. So, what we want to do is execute Animal function as a normal function from Dog function context. In nutshell, it’s like executing Animal constructor’s code inside Dog constructor. We will use call approach. That’s it for the inheritance in JavaScript. I know this is a complicated subject but the way I explained, I hope it should have been relatively easy to understand. There is some extra information about the prototype.