How to Share and Reusing Vue Mixins in the Cloud 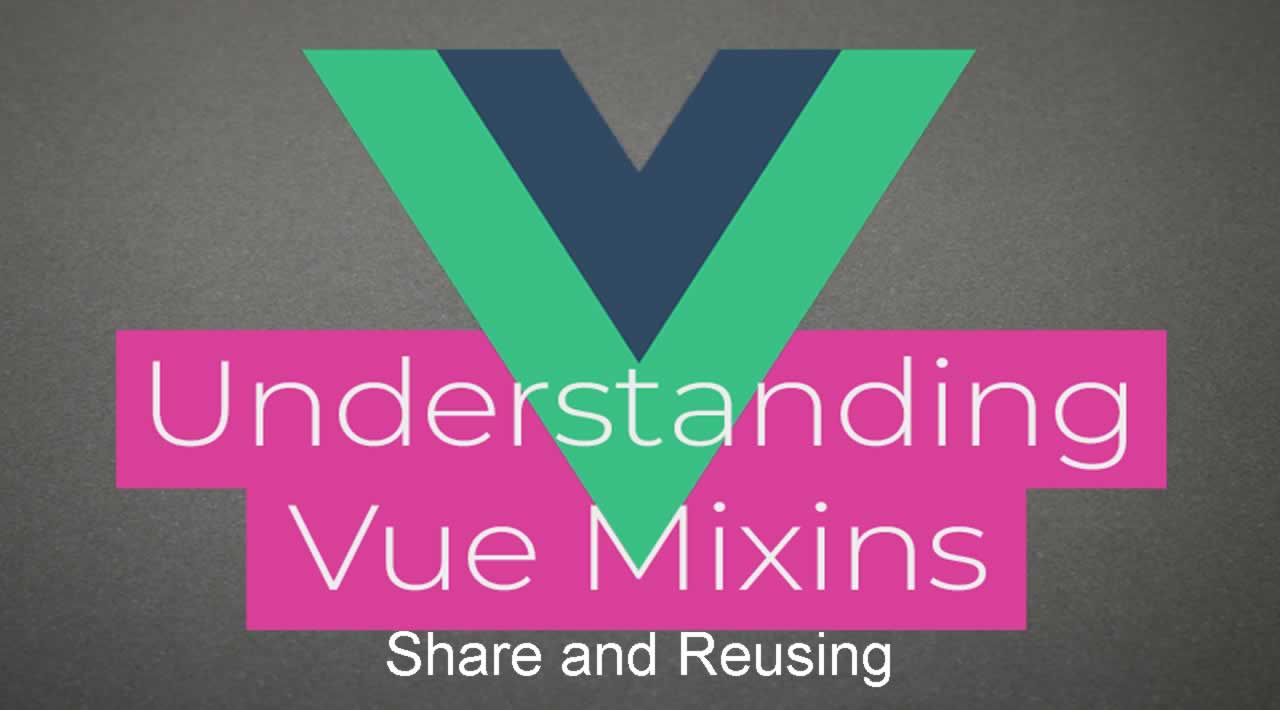 This post is suited for all stages of developers that use Vue JS, and this includes beginners. It is also an introduction to the amazing Vue component sharing tool, Bit. Learn how to easily store, re-use and share Vue Mixins

This post is suited for all stages of developers that use Vue JS, and this includes beginners. It is also an introduction to the amazing Vue component sharing tool, Bit. Here are a few prerequisites you should already have before going through this article.

You will need the following:

What are Vue Mixins

Mixins in Vue are basically a chunk of defined logic, stored in a particular prescribed way by Vue, which can be re-used over and over to add functionality to your Vue instances and components. So Vue mixins can be shared between multiple Vue components without the need to repeat code blocks within a project. Anyone who has used the CSS pre-processor called SASS has a good idea of mixins.

If you followed this post from the start, you must have gotten the Mixins starter app from the GitHub link provided above. Inside the component folder, you will see two components:

The component above displays a button that shows an alert modal when clicked. The second component below does exactly the same thing:

So with Vue Mixins, you can simply store a logic you know you will reuse over and over again as a mixin and then just import it into any component you wish to use it in. This component must, however, be in the same project.

There are four steps to take when creating a Vue mixin:

Mixin files are just javascript files you can export that contains the logic or functionality you want to re-use. Create a new folder called Mixins inside the src folder and create a file called clickMixin.js file inside it. Paste the code below in it.

This is the exact functionality we had to use twice, now that we have made it a mixin, it is now reusable.

The final step is to tell Vue that you have a mixin ready to be used by registering it. Mixins in Vue by default are registered as arrays, as seen below:

After adding this mixins option to your two components, go ahead and run your application.

The might find the full article on understanding mixins in Vue JS really helpful.

The Limitations of Vue Mixins

Mixins solve a very big reuse problem we have often while writing code. We have a platform on which we can keep logic in a way we can reuse it and we do no longer have to repeat ourselves. This platform is very easy to use too, but what happens when we want to extend the reach of mixins. What if we want to be able to share mixins across multiple projects, imagine how powerful abstracted logic like mixins can be if it can be shared across multiple projects. Unfortunately, we cannot do this with Vue mixins.

Bit is a very powerful and simple-to-use tool that was built to help teams easily share and manage code components in and across projects. We already know how effective code re-use can be when we learned about Mixins. Bit is like an advanced mixin technology in the cloud — think GitHub for components (or better yet, ‘GitHub + NPM’ for components)

Lately, more and more developer teams are getting distributed and as a result, more technologies to power global collaboration are coming on board. Bit is a revolutionary tool that is well positioned as code component sharing tool in the cloud. It helps teams scale shared components to hundreds and even thousands of components while eliminating the overhead around this process. Let us use Bit to share our already created clickMixin across multiple projects.

Go to the Bit official webpage and create an account, it is free.

Install Bit globally on your machine:

Choose an existing repository containing components you’d like to share and reuse, and Initialize a Bit workspace in the project’s directory. In our case, it is the Vue mixin’s folder in your machine. Open a terminal inside VS Code and enter the command below:

It will ask you if you want to send analytics feedback anonymously to Bit for them to keep improving the project, you can choose yes or no. Then you should see the success message on your prompt

Bit commands are so easy and similar to Git commands so you would not have to read any new docs.

Next step is to track components of your choice with Bit, these can be your whole component folder or any specific component of choice. In our case, we want to track the mixins folder where all your mixins reside. We do this with the bit add command like this:

This does something similar to Git add, for tracking changes. It should show the name of the mixin it is tracking like so:

To set a version for your components use the bit tag command. Bit locks the state of every component’s dependency graph, making its version immutable. When tagging components, Bit first runs the build and test tasks for the components. You can use the --all flag to tag all the components in the workspace.

After tagging, you should see a success message like this:

Now that our components are tracked and versioned, export (publish) them to a remote collection. Go to the Bit official homepage and create a collection. A collection is like a repo bucket that hosts and organizes your components. Use the bit export command to publish the components from your workspace to bit.dev

It will ask for your Bit username and password and after authentication, it will push it to the cloud. You can now head over to bit to view your mixin in your remote collection, which is public (if that is how you set it up) just like public GitHub repos.

Using Mixins in other projects

To use the mixin you have shared in the cloud in any other project:

And the mixin can be used just like it was part of your codebase.

Let us scaffold a new project and add this click mixin to it. Create a new Vue project or download this Vue Mixins starter project

All you need to do is to install the mixins in the cloud inside your project using your favorite package manager, NPM or yarn. Inside your mixin collection (“repo”), Bit has done all the dirty work of packaging and providing the install command.

Now that you have installed the mixin in the new project, you can import the mixin straight from the node modules where the mixin resides. At this stage, go into the two components and copy these inside them:

When you run the application in your development server you will see it runs exactly like the mixins inside the project.

You have been introduced to Bit as a powerful component sharing tool. You’ve also seen how it can be used to extend the power of Vue mixins in your workflow, when working on multiple projects or when working with teams.

I hope this tutorial will surely help and you if you liked this tutorial, share it with all of your programming buddies!