Key factors driving the success of the IT industry in India 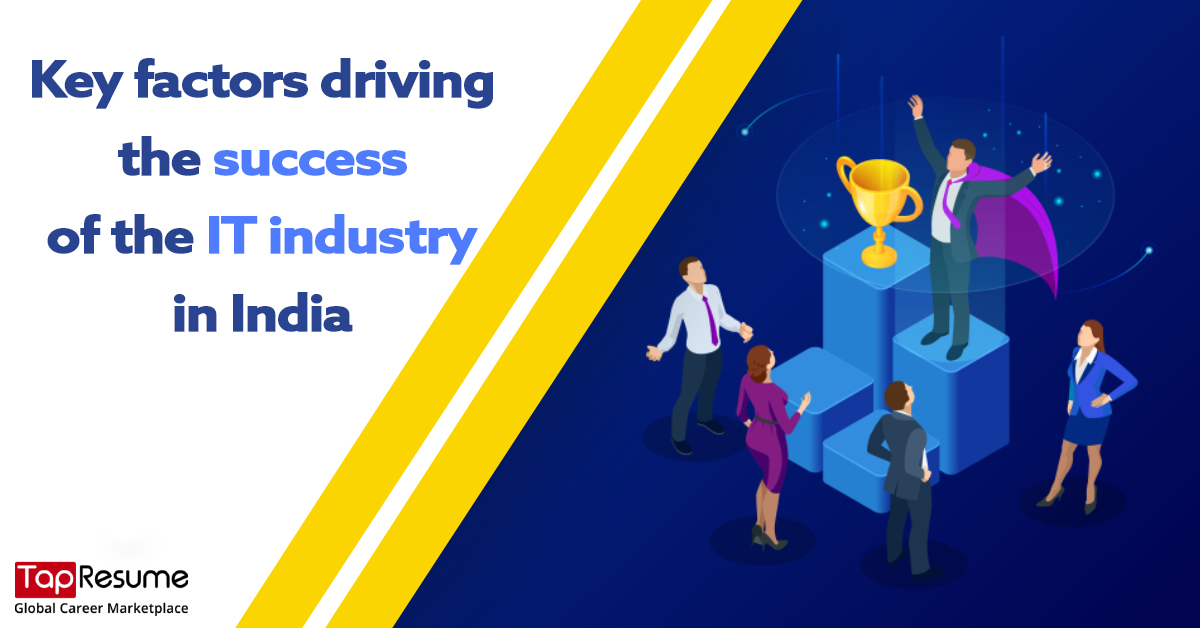 One industry that has been growing at a rapid pace is the Information Technology (IT) industry. Unlike other sectors, which have seen turbulent times, this is one sector which has been meeting or even exceeding the expectations of the industry veterans and trade bodies.

One industry that has been growing at a rapid pace is the Information Technology(IT) industry. Unlike other sectors, which have seen turbulent times, this is one sector which has been meeting or even exceeding the expectations of the industry veterans and trade bodies. This brief article examines the trends and the growth of the IT sector and the major factors, which have contributed to the growth of this industry.

Two important segments of IT are software and hardware. In fact, the software sector has risen as a key industry in the field of electronics. To be precise, it was only from the 1990s; the IT sector has achieved a major breakthrough and is now considered as one of the major industries in India. One of the key reasons for its rapid growth is the huge ocean of technically skilled manpower that has provided a great boost to transform India into a major software power.

The rapid growth of the software industry

With a compounded annual growth of around 52% between 1991 and 1996, it is interesting to note that the sector has doubled and has gained a respectable position in the software industry. Several multi-national giants like Microsoft, Google, and Amazon, to name a few have established shop in India, along with a host of other domestic giants like Infosys, TCS, Wipro and more. This is complemented by a host of medium-sized and start-up companies, which is immensely contributing to the growth of the IT sector in India. All these developments are quite significant and have literally transformed the Indian economy from an agricultural based economy to a knowledge-driven economy.

Some of the positive aspects of why the software and services industry outperformed several other sectors in the country are its strong fundamentals and core value position. It’s interesting to note that the exports have risen by 26.3 percent in 2002-03 with revenues clicking around Rs.46,100 crore. In fact, the Indian software and services industry is one of the very few industries in the country that has witnessed double-digit growth. During the last decade, several IT hubs have sprung up in tier I cities such as NCR region, Bengaluru, Hyderabad, Chennai, Pune, and Kolkatta that are contributing immensely to the growth of our Indian economy. Though the major market for software exports is the US, the Indian IT industry is also tapping the potential of other non-US markets including the European Union, Japan, and China to become one of the leading IT exporters of the globe. Not just tier I cities, even tier II cities such as Coimbatore and Indore are also contributing their bit in the growth of IT sector in India.

And above all, IT has had a significant impact on the lives of common people, wherein it has helped people, who have settled in remote areas to integrate with the other parts of the world.

Key drivers to IT growth

Based on NASSCOM’s research, the IT sector is likely to generate revenues running into several billions of dollars by the end of 2020 that will give a big push to the Indian economy. Apart from that, the Government is also expected to increase its e-governance initiatives. However, the key driver for the IT industry is innovation, which means companies need to respond to the requirements of the dynamic environment by developing and deploying new products and solutions. Technologies like Big Data, Artificial Intelligence, Machine Learning, Blockchain, and Cyber security are some of the innovative technologies that are shaping the current IT sector and would do so in the coming years as well.