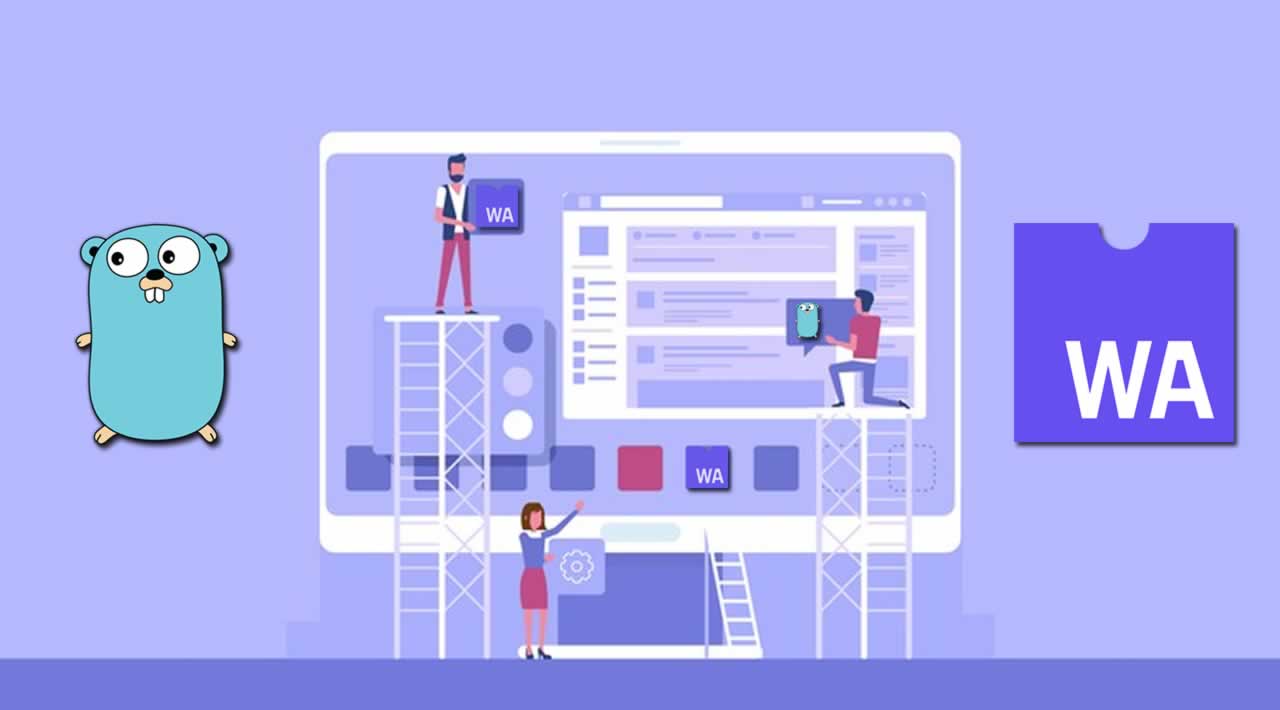 In this article, you'll learn how to build full-stack web apps with Go, Vecty and WebAssembly

Many of us have heard of — and maybe written — full-stack web applications. We do them in a variety of different ways, but the common denominator is usually JavaScript and Node.js.

Today, we’re going to break with that tradition and write a complete web application – front end and backend – without writing a line of JavaScript. We’ll be comparing the developer experience to JavaScript along the way, but we’re going to be only writing Go for this entire project.

We’ll learn how to build a single page link shortener application with just Go, and we’ll end up with working code that shows it in action.

Today, we’re going to be focusing on Go so make sure you’ve installed the tooling on your machine. I’m going to assume you have basic knowledge of Go, but check out the free Tour of Go to brush up (or learn!) if you need to.

All the shell commands that I’m going to be showing work on a Mac, but should also work on most Linux systems (including WSL!).

Finally, make sure to clone the repository with the code for this article.

And then you’re good to go, let’s get started!

First, we’re going to get the application running locally.

Coming from Webpack and surrounding technologies — which you’d use to build a web app with JavaScript — building and running this application is embarrassingly easy. There’s a front-end and a backend part (more on that below), and you compile both of them with the go tool, which requires no configuration.

Next, build the front end in a new terminal window:

Finally, go to https://localhost:8081 in your browser to see the app in action.

How this all works

Like most web apps, our link shortener has a front-end and backend piece. In our app, the backend is just a static server written in Go. All of the magic is in the front-end directory, so let’s start there!

If you’re familiar with React or the DOM, you’ll recognize a lot of the concepts we’ll cover. If not, this stuff will come naturally.

We’re using a new Go framework called Vecty to organize our application. Vecty forces you to break down your app into components and arrange them into a tree. The whole scheme is really similar to HTML and the DOM or React.

Here’s what our app’s high-level components would look like if they were HTML:

Vecty components are so similar to React that they look like the Go equivalent of JSX, except that they have more parentheses.

Let’s zoom in on one and see how it works. Here’s the code for the form component:

First, elem.Form and elem.Input on lines 1 and 2 are for the <form> and <input> tags, respectively. Those are both Go functions that take one or more arguments. Each argument is something that goes between the opening and closing HTML tags. For example, the stuff we pass to elem.Form goes in between <form> and </form>. This is what the above Go code would look like in HTML:

The last piece of code we didn’t look at is that event.Input function. This is an event handler just like in HTML/JavaScript. This function takes in another function, which in this case is roughly an onchange handler. Just like you’d expect, that *vecty.Event argument the handler takes in is roughly the same as the JavaScript event.

The logic to actually shorten the link is all inside this handler, and it’s fairly simple. Here is that code commented thoroughly:

You get web assembly for free

Vecty can scale to big applications because of this component structure, and we can scale our app as big as we want by adding more components as needed. For example, we can add a component above our current top-level to dynamically route to different sub-components based on the URL. This would be similar to some of the popular react-router implementations.

One final thing to keep in mind is that WASM is not HTML, it’s a full departure from the DOM and everything HTML.

I compared all the components in the last section to HTML tags, but they aren’t! That’s where the big difference between Vecty / WASM and React comes in. We’re compiling our Go code straight to WASM, which represents these components differently from the DOM.

At the end of the day, you get some big benefits from using Go and Vecty to build apps:

☞ WebAssembly: The Future of JS and a Multi-Language Web

☞ What is WebAssembly?