Getting Started with AWS Lambda and Go 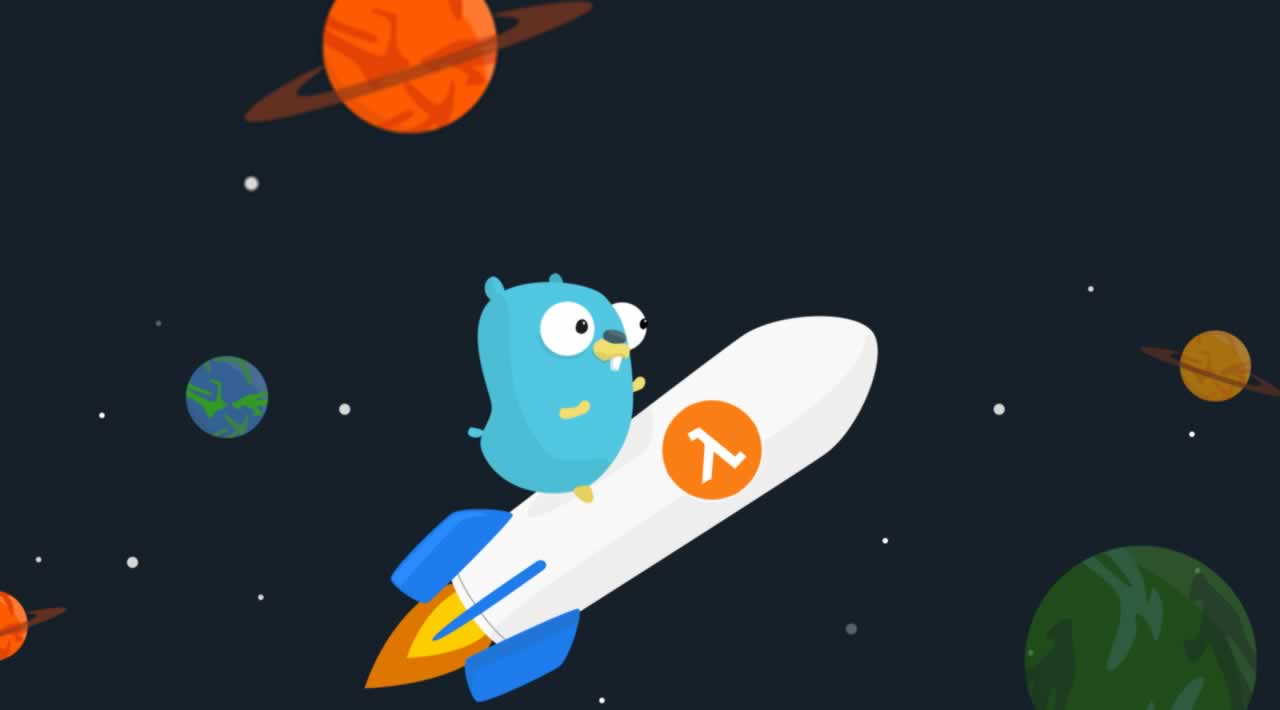 This post goes over some of the most significant advantages of using Go for writing AWS Lambda functions, how to set up an environment for development, and how to write and deploy Lambda functions.

Go is undoubtedly one of the fastest-growing languages today. Since its 1.0 release in March 2012, it has seen adopted in a vast number of industries, but particularly in the cloud computing space. From microservices to the tools and components that power some of the largest cloud infrastructures, it’s hard to ignore Go’s contribution.

Projects such as Docker and Kubernetes have helped shape the way we run code at scale today, while others like Terraform leverage infrastructure as code in the current multi-cloud and multi-provider world.

With such a track record, it’s no wonder that in a recent study published by HackerRank of over 70 thousand developers, 37.2% indicated that Go is a language they wish to learn in 2019. No other language scored as high, making Go, per this particular study, the language most developers want to learn in 2019.

Given this popularity, it’s also no surprise that AWS – a pioneer and de facto leader in serverless computing – had already added Go as a supported runtime to AWS Lambda back at the beginning of 2018.

Advantages of Go for AWS Lambda

While all Lambda runtimes offer the same advantages in terms of scalability and share many concepts, there are some notable advantages when you use Go: Runtime versioning scheme, cold start performance, and pricing.

The Go runtime for AWS Lambda has a very significant difference from every other runtime available today. While other runtimes support only specific versions of a language (for example, Python 2.7, 3.6, and 3.7 are three separate runtimes), the Go runtime supports any 1.x release, which already spans over seven years of releases.

Whenever a new version of Go is released, it’s possible to use it from day one, without having to wait for AWS to release a newly updated runtime. Such a feature would not be possible were Go not a statically compiled language with its Go 1 compatibility guarantee.

When a Lambda function hasn’t had an invocation for a while, or when a spike in traffic requires additional functions to spawn, there’s a small penalty associated with it – the often dreaded cold start. Fortunately, Go has one of the fastest cold start times. You can read more on how to minimize AWS Lambda cold starts here.

The pricing model of AWS Lambda is per invocation, plus the duration of the invocation rounded up to the nearest 100ms. The price per each 100ms also depends on the amount of memory allocated to the function.

While Go isn’t necessarily as memory-hungry as some dynamic languages, there is a small catch: a direct correlation between the CPU performance and allocated memory. While Go might also squeeze more performance out of a throttled CPU than some other languages, this remains an important point to consider. If you wish to learn more about this particular topic, be sure to read How to Make Lambda Faster: Memory Performance Benchmark.

With all this in mind, you can rest assured that Go is an excellent choice for AWS Lambda: A performant, cost-efficient language with the bonus of being able to run the latest (or even prerelease) version of the Go language without waiting for AWS to update their runtimes.

So, let’s get some coding done. You are going to create an HTTP triggered AWS Lambda function that responds with JSON. We’ll start by returning a response that contains the current time in UTC and then improve it to detect the requester’s timezone using a free third-party API, enabling us to also include the local time in the response.

Before we can start, however, there are a few prerequisites we must fulfill.

You’ll need an AWS account for this. If you don’t yet have one, sign up for a free account here. The AWS free tier includes one million invocations every month and enough credit to run a single 128MB function continuously, all at no charge.

For building and deploying your functions, you’ll be using the Serverless Framework, which is the most widely used tool for the job. Assuming you have a recent version of Node.js installed, you can install the Serverless CLI with the following npm command:

Once you have the Serverless CLI installed, you must configure it to use the AWS access keys of your account:

If you don’t have Go installed yet, you can either download an installer from the official website or use your favorite package manager to install it.

Now that you have everything you need, let’s create a new project using Go modules for your function. Let’s name the module lambda-time. In a new, empty directory, initialize the Go module, and install the AWS Lambda for Go library:

After this, you can proceed to create a main.go file that implements your handler function and starts the process:

This previous code can be broken into a few simple steps:

It’s worth taking some time to understand how the handler function works. While there are multiple valid handler signatures, the one you used is the complete one. The context argument provides information on the invoked function, its environment, and also the deadline of the invocation. Returning an error value from the handler function signals that the invocation failed and automatically logs the value of the error.

That leaves the request and response structs in your handler function signature. Lambda functions are invoked either by AWS services or by using an AWS SDK (e.g., from another Lambda function). Data passed in and out of a Lambda function is in JSON format. In your case, the AWS Lambda for Go library automatically handles the serialization and deserialization between JSON and Go values.

The AWS Lambda for Go library contains the data definitions for each AWS service that can invoke Lambda functions.

Your function is now ready and you can proceed by deploying it with the Serverless Framework. For that, we must first create a serverless.yml file that defines what we are deploying:

Here you name both your service and function lambda-time, but a service could instead contain multiple functions with different names. You also need to configure your API Gateway by specifying that the function responds to HTTP events of a particular HTTP method and at a given request path.

Next up, build the code as an x86-64 Linux executable, and deploy it:

Once finished, the command prints the URL for the endpoint. Open it, and make sure it responds with the current time.

Now that you have a working service, you can improve it by also returning the time in the local timezone of the requester (based on IP address). To do so, add an HTTP client to your Lambda function along with a function that returns the timezone for a given IP address:

By rebuilding and redeploying the Lambda function, you can now see the local timezone (assuming it is possible to determine based on IP):

You have now built a Lambda function that, while simple, demonstrates how to build an actual service. However, to make a production service, you’re still missing some crucial elements–monitoring, instrumentation, and tracing. Don’t wait for your first outage before considering implementing these.

Epsagon has designed and built an extremely easy-to-use Go library for this purpose. If you haven’t signed up yet for a free trial, go ahead and get started!

Once you have your Epsagon API token, add it as an environment variable to the provider section of the serverless.yml so that it applies to all of your functions:

When done, install the library:

By making only two minimal changes to your service, you will be able to add tracing and instrumentation:

All you had to do was wrap both your Lambda function handler and your HTTP client. The Epsagon library handles the rest. Now you can get full tracing and instrumentation, not only to your service but to outbound calls as well:

You also get monitoring for all of your Lambda invocations and much more.

In this post, we’ve looked at some of the advantages of using Go for writing AWS Lambda functions. We saw what it takes to set up an environment to develop, build, and deploy functions with the Serverless Framework. We then proceeded to create and deploy a Lambda function behind an API Gateway that showcased a real-world usage scenario of calling third-party APIs. Finally, we added monitoring, instrumentation, and tracing by using the Epsagon for Go library.

Equipped with this knowledge, you can now start developing microservices in Go and deploying them in a serverless fashion using AWS Lambda. Remember – Serverless platforms can take care of running and scaling your code, but being able to troubleshoot and fix production issues quickly is vital to running a successful business. For this latter part, you can count on Epsagon to help you effectively monitor and troubleshoot your applications for optimal results.

☞ A guide to Golang e-commerce