How has Mobile App Development Changed - Then and Now? 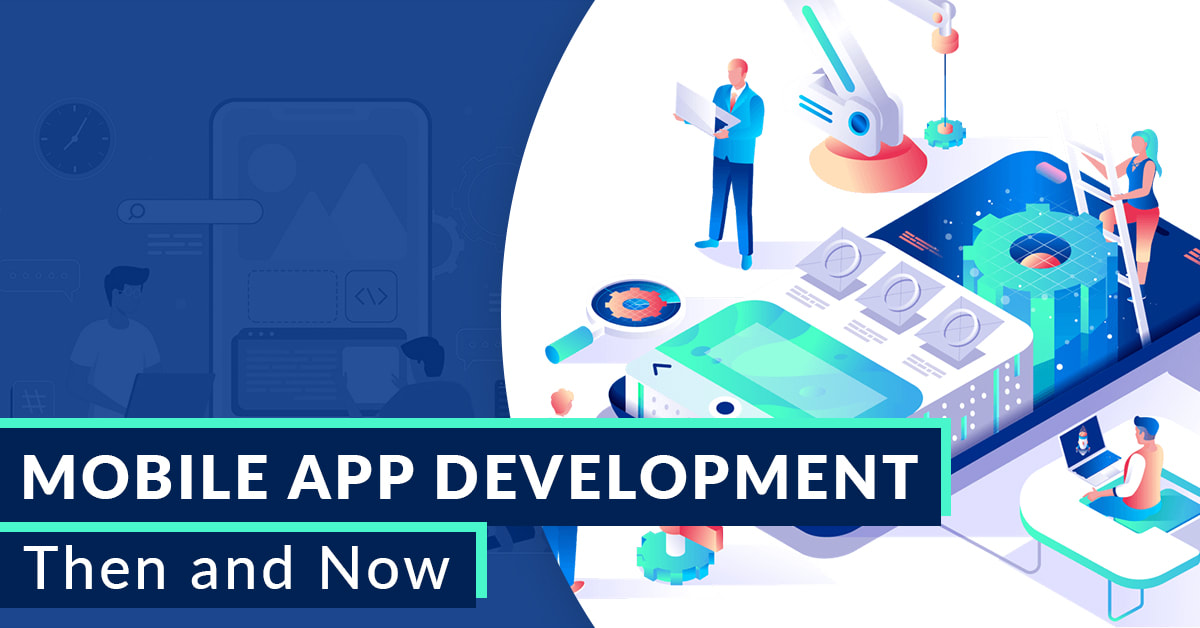 Mobile apps have always been high in demand, and this article gives ideas on app development changes in this year and the coming year that helps every business.

Did you know the first smartphone (Simon) was built in 1992 by IBM, and released in 1994 with 10 inbuilt applications?

Technology, on the whole, is constantly evolving at a rapid pace, and the story of mobile app development is no different. We cannot hide from the fact that mobile apps have become an essential part of our daily life. And the reason behind this is simple. Mobile apps have made everything easy, no matter what kind of work we are doing apps are everywhere and help us with a lot of things in our day-to-day life. The mobile app development ideas that the entrepreneurs are pursuing their dreams with is the reason that there is a mobile app for a lot of things that we want to accomplish.

Although mobile applications' evolution has been rapid ever since its inception, the last decade has seen unprecedented changes. Researchers believe that mobile application development in the future will depend on the interferences from the past trends.

The mobile apps were in their nascent stage even at the launch of the first iPhone in 2007. But over the last decade, mobile apps have become so prominent that they generated revenue of $189 billion by 2020. The expansion of app development is a result of a combination of innovative technologies and cutting-edge hardware.

In this blog, we will understand the evolution of mobile app development over the years and how it has impacted businesses and human life on the whole.

Mobile application – what is it?

A mobile application, as mentioned, is divided into two major categories:

Native applications are built according to a specific mobile OS platform, viz. Android and iOS, whereas cross-platform apps are designed to be across multiple platforms. The usage of native and cross-platform apps has evolved with time and the changing needs of the audience.

The first smartphone was built way back in 1994 with over ten in-built apps in it. Of course, there was no AppStore or Play Store as we have currently at that time. The smartphones came with pre-loaded apps like calculator, calendar, mail, Sketch pad, address book, etc.

Remember the Snake game that used to keep us hooked to our mobile screens for a long time? Those were the first kinds of apps that were included in the smartphone.

After the basic keypads, there came an era of the 'qwerty keypads', and it created a revolution in the smartphone and mobile app industry. The Research In Motion (RIM) owned Blackberry was the pioneer in introducing the qwerty pad phone Blackberry 5810.

With the expansion of technology, mobile app developers worldwide began to understand the users' changing needs and demands. Especially in the last ten years, smartphones and mobile applications have seen some drastic changes. For example, smartphones have gone from flat-screen mobiles to big curved screens.

In the same manner, growth in the mobile app development industry has been monumental. The apps have become more responsive, customer-friendly, and are designed using the latest technologies.

Top Mobile App Development Trends To Watch Out in 2021

In 2021, many top mobile app development technology trends are going to make days and lives shine brighter. Let's find out.