How To Level Up Your Angular Unit Testing Game (2/3)

In the previous post, we learned how to pass parameters into Angular CLI to run unit tests. In this post, we'll dive into Karma configuration and make the test runner more snazzy by configuring it for our unique needs. It's time to level up your testing game and get pumped up to unit test!

We're using Angular CLI to test the application and using code from a previous post I wrote.

You can clone the tutorial-angular-httpclient and run tests too. All the level ups discussed in the posts are found in "test-configuration" branch.

In your Angular app, find $/src/karma.config.js. This is the config file Karma uses to run tests. Let's start editing it!

Out of the box, Angular CLI enables 'progress' and 'kjhtml' reporters. In v7 and v5, you can configure reporters via commandline but sadly, that option was removed in v6. We can still make changes via the config file for v6 though!

If you are using Angular v5 or v7, pass in a comma separated list of reporters using the reporters flag.

To change karma.config.js, in the reporters array, remove 'progress' and replace it with 'dots'. Now when you run tests, the output to the console uses the dot reporter instead of the progress reporter.

But our test output could be way better. It's nothing to write home about yet. Let's try adding a reporter.

Require the reporter in karma.conf.js by adding the require statement to the plugins array

Add to the reporters array

Now when you run tests, you'll see an output like this

There's all sorts of reporters available for Karma. If you want unit test output available in your CI environment, you can add a reporter for JUnit output and configure Jenkins to consume JUnit reports as an example. If you need some more flair in your life, add the nyan cat progress reporter.

Now that you know how to run tests and set it up to get the output format you like, it's time to measure coverage.

Keep in mind test coverage metrics can't determine if an application is working as intended or if the tests you have are "good" by testing the important things.

Angular CLI automatically adds and configures Istanbul as a coverage reporter. In karma.conf.js there's a section for coverageIstanbulReporter and it's already set up to generate reports. Prior to v7 of Angular, it only had 'html' and 'lcov' enabled out of the box. Add 'text-summary' to the array if it's not already there.

Run test with the coverage flag enabled. In v6, use --code-coverage.

Now you have nice output in the console for coverage summary.

Running coverage with 'html' report creates a visual overview of coverage in html format. You can view coverage results for the entire app broken down per file.

And step into coverage report for a single file and see the number of times each line of code was executed.

Add native report formats such as 'text', 'json', 'Cobertura', 'TeamCity', or use the 'lcov' report as part of your CI process so you can show test coverage trend lines per build.

If you want to ensure a certain level of coverage, you can configure coverageIstanbulReporter object in karma.conf.js to add thresholds.

To the thresholds object, fill in keys for statements, lines, branches, and functions.

Now when you run tests with code coverage, your tests will complete with failure if your project doesn't meet the thresholds of coverage.

Setting Up angular.json For Defaults

Sure, we can create npm scripts to wrap all the parameters we send in while running unit tests, but there's cases where we always want a certain configuration set. An example might be code coverage. Despite watch or browsers configurations, we always want to run coverage. We can set that up in angular.json.

In $/angular.json file, find the configuration for "test". It has an "options" property. Add a new property for "codeCoverage" and set the value to true.

You can set more properties than just coverage. All parameters that you pass in to Angular CLI can be configured. Check out the schema for angular.json for more details.

Most Essential Tools for 3D Game Design and Development 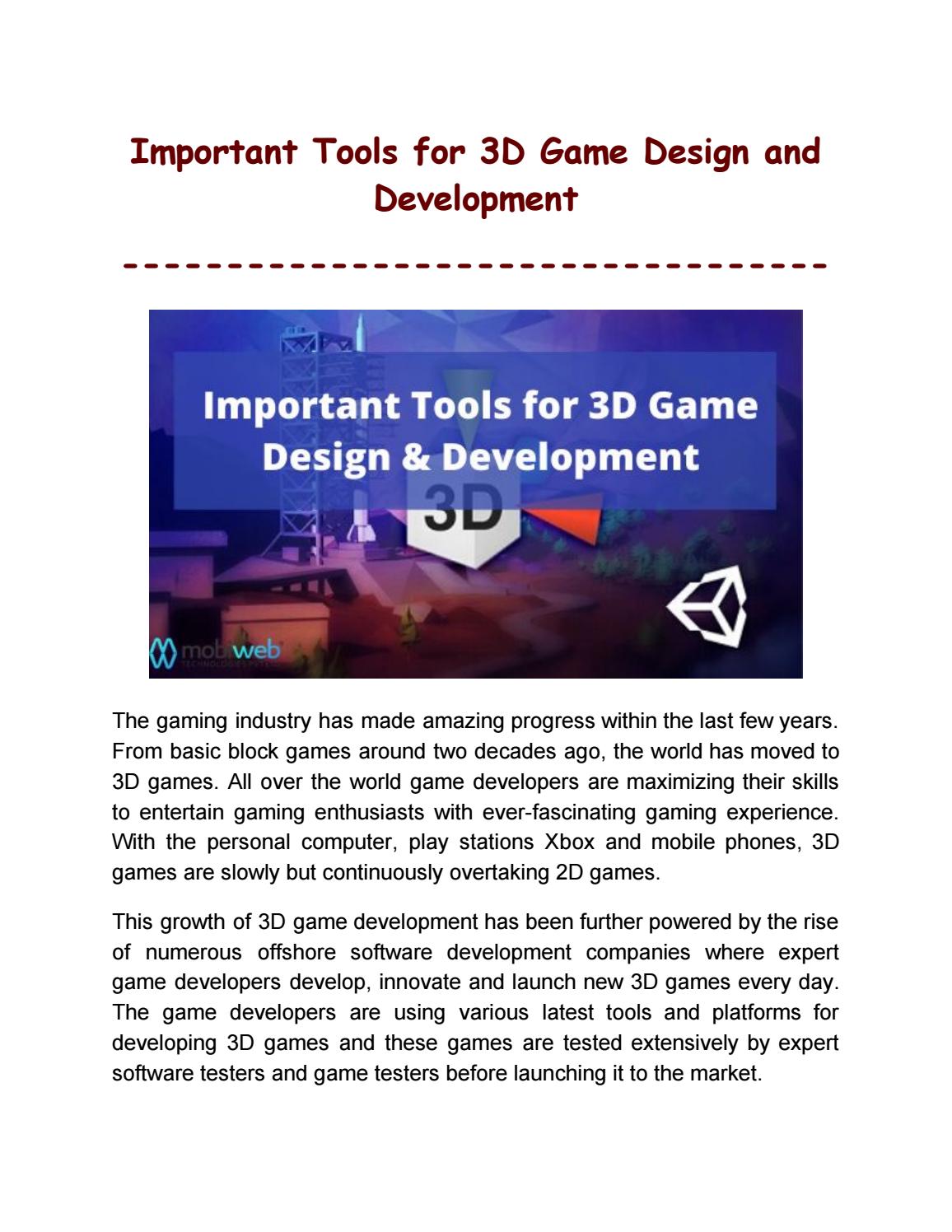 Here you can know about the game development tools which are specialized in developing and designing 3D game applications. In this attached article file we will give you a quick review of what those tools are to be used and what they are good for. So if you want to just begin your journey towards being a game developer this article is most suitable for you.

How 3D Game Development Services are Most Fascinated These Days 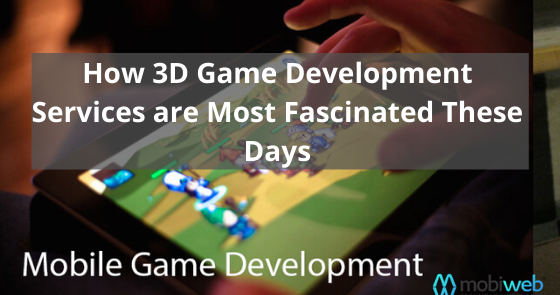 In the field of game development, advanced technologies are majorly responsible for the frequent changes. Many game developers are ...

Nowadays a huge number of organizations dealing in the gaming sector but there are some sure parameters that differentiate a suitable company from others. You should search for an organization that has good experience in developing distinctive gaming solutions such as 2D, flash games, mobile game apps, Unity game apps, etc., Mobiweb Technologies is the most reliable and leading game development company we also offer creative and innovative Unity 3D game development services at very affordable prices.

The gaming industry has made amazing progress within the last few years. From basic block games around two decades ago, the world has moved to 3D games. All over the world game developers are maxim…