Why is Vue.js Development an Excellent Choice for Businesses? <p id="8012" class="ia ib fr ic b id ie if ig ih ii ij ik il im in io ip iq ir is it iu iv iw ix dh ea" data-selectable-paragraph="">We all know that the design of your website is the silent ambassador of your business. And not long ago, brands...

We all know that the design of your website is the silent ambassador of your business. And not long ago, brands & developers started magnetizing towards the latest technologies in the market for web designing.

Those who overlooked app designing’s power faced catastrophic incidents in their business journey despite adding multiple elements in their app. By ignoring the importance of UI/UX designing, many businesses lost their potential loyal customers.

But now, almost every business and brand is focusing on creating an intuitive UI design and adding the right interactive elements to their website. And for this Herculean task, the JavaScript framework that businesses find the best is Vue.js.

Let us see why business people and custom mobile app development companies find Vue.js to be an ideal choice. 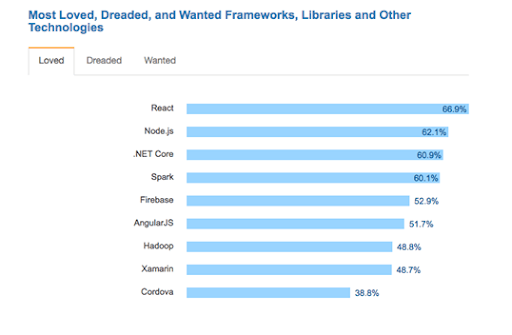 Vue.js is a flexible technology that you can use to create modern, agile applications without using a lot of resources. It is a progressive JavaScript framework that is used to create user interfaces.

Unlike other popular frameworks, it’s not endorsed by any big tech company — while React was created and supported by Facebook and Angular is supported by Google, Vue.js is created and maintained entirely by the community.

In developers’ words and in another contrast to the monolithic frameworks on the market, Vue.js can be adopted incrementally, which means you don’t have to do everything from scratch.

Its main focus is the view layer (i.e., UI, pages, and other visuals), which makes the framework easy to integrate into existing projects, but it’s also a good choice if you’re building an application. sophisticated single page (SPA). — provided you combine it with modern tools.

So why should businesses consider Vue.js for app development? Read on for the reasons. 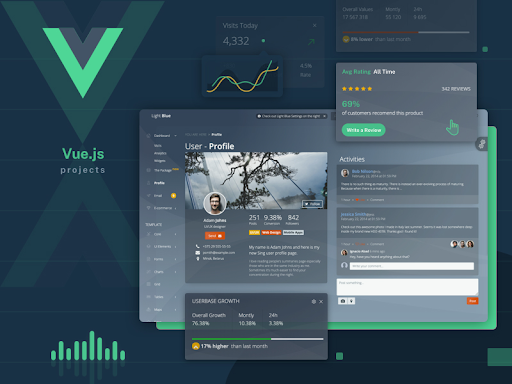 Vue.js operates using Virtual DOM. That is, changes made during development will not be directly reflected in the DOM. Instead, a replica of the DOM is created, which is usually present in the form of JS data structures.

This allows developers to experiment with their design and see changes to the UI design while also having the ability to undo everything cost-effectively. Something that makes it a winner of Vue.js vs. Angular war.

Vue.js also provides developers with multiple ways to implement the transition to HTML elements by adding/updating something from the DOM. It also provides the option to add third-party animated libraries into the environment creating more interactive user interfaces and user experiences.

You can always get in touch with a top vue.js development company and make the best use of this feature.

The Vue.js framework provides an HTML-based template that links the DOM to the data in the Vue instance. Build templates in virtual DOM rendering functionality, simplifying UI development tasks.

Last but not least, computed properties are also one of the main functionalities of Vue.js. It encourages designers and developers to pay attention to user interface elements’ changes and perform the necessary calculations. There is no longer a demand for additional coding.

Now that you know what Vue.js is and what its main features are let’s take a look at the reasons why you should prefer Vue.js for UI web development.

The main reason to use Vue.js for your application needs is that it is 18–21Kb in size. However, despite the small size, it is unexpectedly fast, something that makes it easier for the framework to lead in the Vue vs. other JS frameworks battle.

This, taken together, encourages developers to choose the Vue JavaScript framework for both small and large-scale application projects.

The Vue.js framework has a simple structure. This makes Vue’s learning curve less steep and thus makes it easier for anyone to trace and debug the coding environment and quickly develop large and small-scale templates. This is the main reason why Vue is gaining momentum in the mobile market.

Another advantage of Vue.js for development is that it offers higher performance. And the reason behind this is that it does not work with Virtual DOM but also pays more attention to the shortcomings. It also comes with the ability to manage a high frame rate.

One result of which is that it provides better performance than React when talking about Vue.js vs. React.js.

Another advantage of using Vue.js for user interface web development needs is flexibility.

The framework enables all reputable application development companies. To write templates in HTML and JavaScript and run them directly in different browsers.

Last but not least, the Vue.js UI framework comes with well-defined documentation that helps developers understand the necessary mechanisms and create their own application effortlessly.

Apart from being the highest populated country in the world, India offers a lot for the IT industry globally.

Here are some reasons why India is the best for outsourcing software development:

India’s huge talent pool makes India the biggest outsourcing hub and has been instrumental in its custom software development dominance. India also has a pretty high percentage of developers.

PS: Only second to the United States.

India is 9 hours and 30 minutes ahead of the USA.

India is 3 hours and 30 minutes ahead of Europe.

India is 4 hours and 30 minutes early in the UK.

India is 4 hours and 30 minutes behind Australia.

The low price of software development attracts investors, but the software’s high quality is what makes them stay. In short, when you hire offshore developers from India, you give yourself a high-quality software product at a low price.

It is time for a short recap.

Vue.js is easy to use and for developers; it has tons of useful libraries, a strong community, and a great set of tools.

It is also easy to learn and flexible by nature. It takes care of performance issues and scales well. What’s not to like?

If you’re intrigued, reach out to a Vue.js expert who can help you decide if it’s the right choice for your next development project. Get in touch with a vue.js development company and make your project budget.

If you have any other queries or suggestions, feel free to comment below.

Find the list of Top 10 VueJS Development Companies to help you out in hiring reliable Vue.js developers for web & mobile app development.