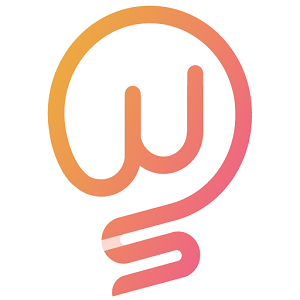 Gartner’s report suggests that the global revenue from RPA technology will reach nearly $2 billion by the end of 2021. Why is this important? Because Robotic Process Automation (RPA) revenue saw an increase of around 25% from last year. The heavy investment towards the growing RPA trends that indicate digital transformation is now a priority for organizations.

It’s 2021, and almost every person in the IT industry knows about Robotic Process Automation services. Whether its’ about automating data entry tasks or filing out customer forms, RPA use cases are found in every industry. Finance, Insurance, Healthcare, Logistics – RPA implementation is increasingly becoming a cornerstone to achieving efficiency in every sector. Deloitte surveys suggest that RPA will achieve “near-universal adoption” in the next 5 years.

With the growing popularity of automation and its apparent benefits, RPA industry trends are rapidly emerging. Through new use cases or smart RPA bots, companies are finding innovative ways to put RPA tools to work.

This article will highlight the 7 trends that businesses need to watch out for in 2021. RPA trends in 2020 were just the beginning – this year, RPA implementation will take a new turn with advancements in AI, ML, DL, and Cloud Computing. Let’s have a look at them in detail.

7 RPA Trends Businesses Should Know in 2021

Many companies may see RPA as a threat to their employees. However, a Deloitte survey suggests that only 17% of employees showed resistance to RPA adoption. Therefore, the RPA latest trends did not face any complications in their implementation.

The latest trends in RPA do not stop at these 7. With innovation becoming the pillar for improving business performance, Robotic Process Automation adoption is sure to skyrocket in the coming years. RPA is not an option anymore – it is becoming a necessity for modern enterprises to achieve their profitability objectives. Therefore, by carefully analyzing which trends businesses can capitalize on, they can better leverage them for automating business processes.

RPA and test automation recite completely similar if you haven’t been working combined with both, so how are they different? A lot of things to explain concerning RPA and test automation signify alike, such as quick deliverance, shorter time and cost consuming, accuracy, QA, reduced human interference, and automation. But, RPA is a step ahead approach that provides more advantageous support to test automation in different ways. Both don’t connect with similar tools to perform automation.

Both look alike because they rely on automation though there are differences.

RPA testing can be grouped into two categories:

2. Testing the instructions passed on to Robots to execute user actions

It is an automated testing solution used for test design, creation, and execution. It includes:

Testing the Instructions Passed on to Robots to Execute User Actions

Most of the aspects mentioned above need not to be tested regularly but, it needs to be tested when the model has designed/modified or before a Robot has put into use.

The goal of RPA is not to replace test automation. Both have “automation” in general, so both can perform different objectives. There are several test automation tools but, RPA particularly has preferred for its smooth life cycle and easy adaptability. The main disadvantage of test automation tools, all have built for a specific product or application type.

RPA can be implemented to processes and can be customized based on the demand, so they are not limited. The User Acceptance Test (UAT) can be more accurate and productive with the involvement of RPA. So, RPA can consider as a new powerful tool for software testing.

The differences are vital, both processes if performed together, will produce phenomenon business modules and loyalty. Perhaps, it has expected that RPA and test automation both will endure as a powerful technology to enhance the QA of applications. In this Selenium vs RPA video, you will understand what is automation, what is selenium and what is RPA, the difference between Selenium and RPA, and which one should you use for better performance. So in this RPA vs Selenium comparison, some important parameters have been taken into consideration to tell you the difference between Selenium, and RPA & also which one is preferred over the other in certain aspects in detail.

Why should you watch this Selenium tutorial?

Selenium is a powerful yet open-source testing platform that is being used extensively by some of the largest corporations in the world. We are offering the top Selenium tutorial to gain knowledge in software testing. Our Selenium course has been created with extensive inputs from the industry experts so that you can learn Selenium and apply it for real-world scenarios.

Who should watch this Selenium tutorial?

Why Selenium is important?

Selenium has some distinct advantages over others like an efficient way to generate test scripts, reusing the scripts, validating functionality and automating the test process, and remote testing the software codes. Taking the Intellipaat Selenium training can help professionals to build a solid career in a rising technology domain and get the best jobs in top organizations.

Thorough testing is crucial to the success of a software product. If your software doesn’t work properly, chances are strong that most people won’t buy or use it…at least not for long. But testing to find defects or bugs is time-consuming, expensive, often repetitive, and subject to human error. Automated testing, in which Quality Assurance teams use software tools to run detailed, repetitive, and data-intensive tests automatically, helps teams improve software quality and make the most of their always-limited testing resources.

Use these top tips to ensure that your software testing is successful and you get the maximum return on investment (ROI):

Decide What Test Cases to Automate

It is impossible to automate all testing, so it is important to determine what test cases should be automated first.

The benefit of automated testing is linked to how many times a given test can be repeated. Tests that are only performed a few times are better left for manual testing. Good test cases for automation are ones that are run frequently and require large amounts of data to perform the same action.

You can get the most benefit out of your automated testing efforts by automating:

Success in test automation requires careful planning and design work. Start out by creating an automation plan. This allows you to identify the initial set of tests to automate and serve as a guide for future tests. First, you should define your goal for automated testing and determine which types of tests to automate. There are a few different types of testing, and each has its place in the testing process. For instance, unit testing is used to test a small part of the intended application. To test a certain piece of the application’s UI, you would use functional or GUI testing.

After determining your goal and which types of tests to automate, you should decide what actions your automated tests will perform. Don’t just create test steps that test various aspects of the application’s behavior at one time. Large, complex automated tests are difficult to edit and debug. It is best to divide your tests into several logical, smaller tests. It makes your test environment more coherent and manageable and allows you to share test code, test data, and processes. You will get more opportunities to update your automated tests just by adding small tests that address new functionality. Test the functionality of your application as you add it, rather than waiting until the whole feature is implemented.

When creating tests, try to keep them small and focused on one objective. For example, separate tests for read-only versus reading/write tests. This allows you to use these individual tests repeatedly without including them in every automated test.

To get the most out of your automated testing, testing should be started as early as possible and ran as often as needed. The earlier testers get involved in the life cycle of the project the better, and the more you test, the more bugs you find. Automated unit testing can be implemented on day one and then you can gradually build your automated test suite. Bugs detected early are a lot cheaper to fix than those discovered later in production or deployment.

With the shift left movement, developers and advanced testers are now empowered to build and run tests. Tools allow users to run functional UI tests for web and desktop applications from within their favorite IDEs. With support for Visual Studio and Java IDEs such as IntelliJ and Eclipse, developers never have to leave the comfort of their ecosystem to validate application quality meaning teams can quickly and easily shift left to deliver software faster.

Consider these key points when selecting an automated testing tool:

Usually, the creation of different tests is based on QA engineers’ skill levels. It is important to identify the level of experience and skills for each of your team members and divide your automated testing efforts accordingly. For instance, writing automated test scripts requires expert knowledge of scripting languages. Thus, in order to perform these tasks, you should have QA engineers that know the script language provided by the automated testing tool.

Some team members may not be versed in writing automated test scripts. These QA engineers may be better at writing test cases. It is better when an automated testing tool has a way to create automated tests that do not require an in-depth knowledge of scripting languages.

You should also collaborate on your automated testing project with other QA engineers in your department. Testing performed by a team is more effective for finding defects and the right automated testing tool allows you to share your projects with several testers.

Good test data is extremely useful for data-driven testing. The data that should be entered into input fields during an automated test is usually stored in an external file. This data might be read from a database or any other data source like text or XML files, Excel sheets, and database tables. A good automated testing tool actually understands the contents of the data files and iterates over the contents in the automated test. Using external data makes your automated tests reusable and easier to maintain. To add different testing scenarios, the data files can be easily extended with new data without needing to edit the actual automated test.

Typically, you create test data manually and then save it to the desired data storage. However, you will find tools that provide you with the Data Generator that assists you in creating Table variables and Excel files that store test data. This approach lets you generate data of the desired type (integer numbers, strings, boolean values, and so on) and automatically save this data to the specified variable or file. Using this feature, you decrease the time spent on preparing test data for data-driven tests.

Create Automated Tests That Are Resistant to Changes in the UI