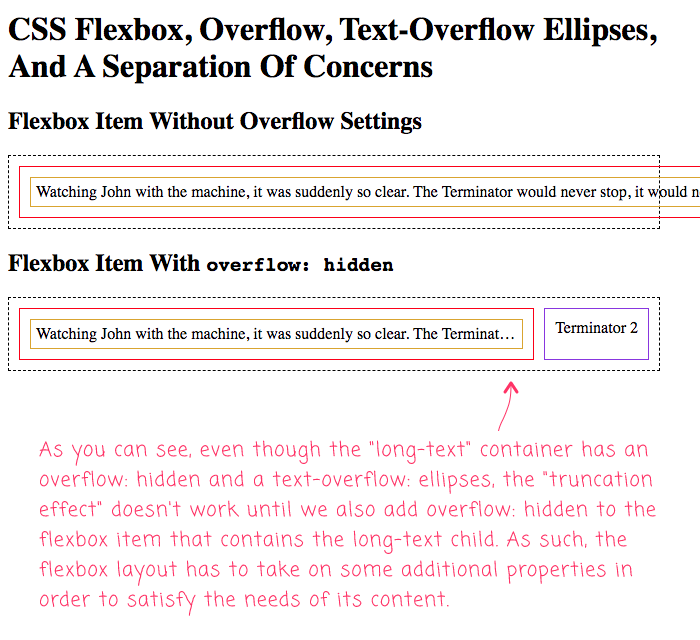 Ben Nadel looks at the separation of concerns between a CSS Flexbox layout and its content; and, how we have to be a little pragmatic about that separation.

Run this demo in my JavaScript Demos project on GitHub.

View this code in my JavaScript Demos project on GitHub.

To see what I mean, I've put together a simple CSS Flexbox demo in which we have two Flexbox items: a left and right panel. The "flex layout", in this case, is trying to do nothing but layout the content. Then, within the flex layout, the content attempts to constrain itself using text-overflow: ellipses.