**setTimeout** is a native JavaScript function (although it can be used with a library such as jQuery, as we’ll see later on), which calls a function or executes a code snippet after a specified delay (in milliseconds). This might be useful if, for example, you wished to display a popup after a visitor has been browsing your page for a certain amount of time, or you want a short delay before removing a hover effect from an element (in case the user accidentally moused out).

This popular article was updated in 2020.

To demonstrate the concept, the following demo displays a popup, two seconds after the button is clicked.

If you don’t see the popup open, please visit CodePen and run the demo there.

From the MDN documentation, the syntax for setTimeout is as follows:

You’ll notice that the syntax above uses scope.setTimeout. Why is this?

In my opinion, this adds complexity for little or no benefit. If you’ve defined an alternative setTimeout method which would be found and returned in priority in the scope chain, then you’ve probably got bigger problems to worry about.

For the purposes of this tutorial, I’ll omit window, but ultimately, which syntax you choose is up to you.

setTimeout accepts a reference to a function as the first argument.

This can be the name of a function:

A variable that refers to a function (a function expression):

Or an anonymous function:

As noted above, it’s also possible to pass setTimeout a string of code for it to execute:

However, this is not advisable for the following reasons:

This Stack Overflow question offers more information on the above points.

In a basic scenario, the preferred, cross-browser way to pass parameters to a callback executed by setTimeout is by using an anonymous function as the first argument.

Note: I’ve used a regular function (_getRandom_) to return a random element from an array. It would also be possible to write this as a function expression using an arrow function:

We’ll get to arrow functions in the next section.

As can be seen from the syntax at the top of the article, there’s a second method of passing parameters to a callback executed by setTimeout. This involves listing any parameters after the delay.

With reference to our previous example, this would give us:

Unfortunately, this doesn’t work in IE9 or below, where the parameters come through as undefined. If you’re in the unenviable position of having to support IE9, there is a polyfill available on MDN.

The Problem with this

Code executed by setTimeout is run in a separate execution context to the function from which it was called. This is problematic when the context of the this keyword is important:

To counteract this problem, there are various measures … 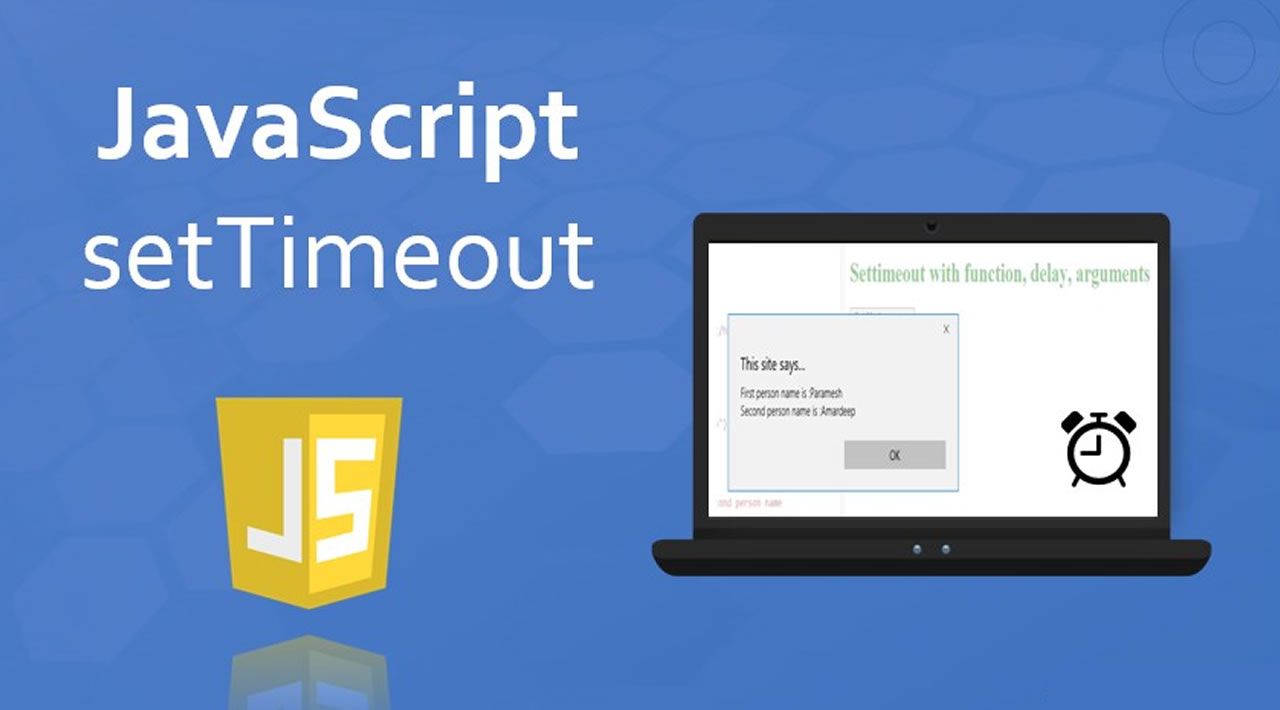 icrosoft has released a new series of video tutorials on YouTube for novice programmers to get a hands-on renowned programming language — JavaScript.

This isn’t the first attempt by Microsoft to come up with video tutorials by beginner programmers. The company also has a series of YouTube tutorials on Python for beginners.

For JavaScript, Microsoft has launched a series of 51 videos as ‘Beginner’s Series to JavaScript,’ for young programmers, developers and coders who are interested in building browser applications using JavaScript. These video tutorials will also help programmers and coders to use relevant software development kits (SDKs) and JavaScript frameworks, such as Google’s Angular.

“Learning a new framework or development environment is made even more difficult when you don’t know the programming language,” stated on the Microsoft Developer channel on YouTube. “Fortunately, we’re here to help! We’ve created this series of videos to focus on the core concepts of JavaScript.”

It further stated — while the tutorials don’t cover every aspect of JavaScript, it indeed will help in building a foundation from which one can continue to grow. By the end of this series, Microsoft claims that the novice programmers will be able to work through tutorials, quick starts, books, and other resources, continuing to grow on their own.