What is PhoneGap. Why You Should Use PhoneGap for App Development 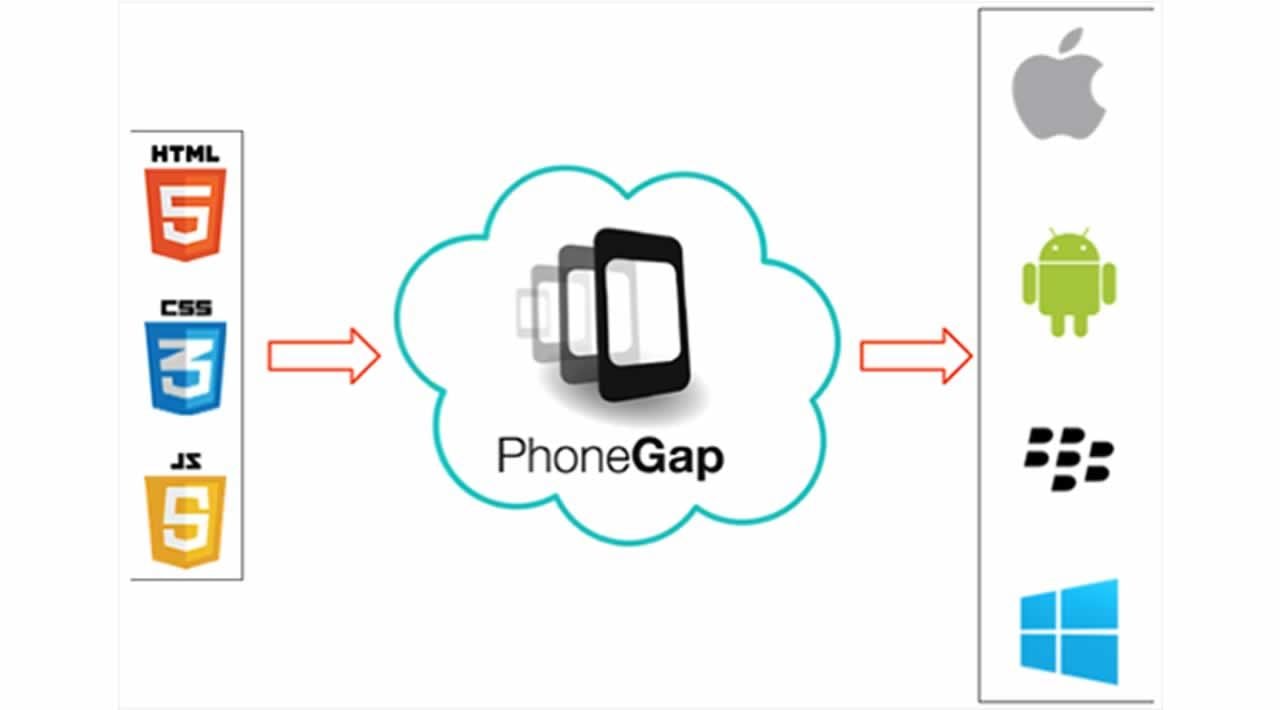 So here in this article I am just going to tell you about its history and the advantages / dis-advantages of using PhoneGap.

Hello, recently I got an opportunity to create a mobile application. Now a days there are so many platforms available like the iOS, Android, Windows Phone, and so on. These are some of the most common and famous platforms. Earlier, people who wanted to develop any app for these platforms need to learn and understand the platform's API, its programming languages, and so on. But this learning process was surely time consuming. This is where PhoneGap comes for the rescue.

PhoneGap makes it easy for us to develop a hybrid/platform independent app and hence reduces the time consuming learning process. We can still develop a platform specific mobile app using PhoneGap, but if we intend to develop a platform specific mobile app, then developing directly using that specific platform's API and language would be more feasible. But on the other hand, I think PhoneGap is an amazing technology, since it allows us to develop platform independent (as I mentioned above) and such apps can be developed quite easily using HTML5, CSS and JavaScript. That's it!!!

Friends, honestly I am not an expert in developing mobile apps using PhoneGap. I am still learning this technology and I am writing this article just because I want to share my experience and things that I learn. So if there are any mistakes in the content then please notify me with your comments. I'll definitely rectify it.In this article I am going to write a few basic things what I have learned and will continue writing few more posts as I move ahead. So here in this article I am just going to tell you about its history and the advantages / dis-advantages of using PhoneGap.

2. Some Advantages of PhoneGap

3. Some disadvantages of PhoneGap

It is important for developers to know the reason why they should opt for PhoneGap when there are so many other frameworks out there. Well, this section of the article will clear your doubts.

Mobile app development is indeed a cumbersome process, and it is highly important for the developers to choose a reliable platform. PhoneGap is a reliable cross-platform and is compatible with different mobile application development platforms including iOS, Blackberry, Android, WebOS, Symbian, Tizen, and Bada. The app development team has to write only one code reducing the efforts to write different programs for various platforms.

If you are on a tight budget and want to get optimum leverage with low investments, then PhoneGap is the right tool for you. You can write a single program for an application to run it on various platforms. This will save you a lot of money as well as efforts.

PhoneGap provides your mobile app developers with access to the Native APIs so that your app can make use of the camera, geolocation, accelerometer, contacts and all the other native features. It helps the users to get an experience of using native apps which is far more superior when compared to the web applications.

• The Way into the Large Community Base

If you are trying something new, then it is essential for you to have adequate support. The Cordova development community is one of the largest communities and is growing consistently. The people of this community are friendly, and you will get an answer for most of the problems. There are tons of examples and so many experienced members who will provide you with great support.

Cordova apps are built using some of the simple languages like CSS, HTML, and JavaScript. There is no need for you to learn new languages when you are planning to start developing a mobile app with PhoneGap. You can use the existing languages and write programs with ease.

PhoneGap has been available for a long time now and there are tons of libraries and frameworks to assist you. So, you can use various types of options available for better programming.

PhoneGap has robust backend support which speeds up the development process and reduces the developer’s efforts. They also provide beginners guide for the novice developers to understand the entire project easily.

The developers have great suppleness and flexibility as the entire app development process is easy. There is no need of putting in serious efforts to carry out the development process. Basic knowledge of the above mentioned languages is enough to develop an app.

It is a common problem for most of the mobile users out there to view the web page that is compatible only with computers and tablets with large screens is really cumbersome. Scrolling down to the page and checking with it and some other tasks will take up a lot of efforts and one won’t be able to access the pages easily.

But with the UI libraries present in PhoneGap, the user interface of the apps and web pages are highly improved. This assists in providing a better viewing experience for different targeted viewers.

These are some of the noteworthy features of PhoneGap that makes it the best choice for developers and easy to explain them to the clientele. These features have made PhoneGap one of the best android frameworks for application development out there in the highly competitive technology space.

PhoneGap is the perfect option if you want to design a simple mobile web application with the touch of a native app. PhoneGap has the capability to access the native APIs but if you want a robust native application, then it is not the right option for you.

If you want a simple web application with native apps, then it will be very useful for you. In the end, everything is based on the requirements.

If you have good expertise in app development, this PhoneGap will come in handy for you and you can develop an application which is more responsive than the web applications. The response is commendable, and you will be able to enjoy frameworks like JQuery, Shensha to make your app look unique and stand among the other apps.

PhoneGap is highly cost-effective, so if you want to cut down a few bucks, then this is the right option for you. The user interface of the framework is intuitive so novices can start learning the app development with the help of this PhoneGap.

6. Advantages and Disadvantages of PhoneGap

Well, it is important for you to understand the advantages and disadvantages of PhoneGap before committing for it on the whole.

Everyone understands that PhoneGap is a cross-platform framework. This is the first advantage of this framework. You can create an app for one platform and then deploy it on various other platforms with ease. The entire process won’t take much time and you will be able to do more work in less time and with fewer efforts.

• Maintains Uniformity Irrespective of the Platform

Every business struggle to have a uniform presence across all the platforms when they start out. An app designed for iOS looks different in Android and the app designed for Android may look different in Blackberry and Windows. But the apps that are designed in PhoneGap will look similar in any other platform. This is another commendable advantage of PhoneGap.

• No Need to Hire Expert Developers

it is important for any company to save some bucks in their business. Hiring expert developers isn’t an easy task. They charge a good amount of money. But with PhoneGap, any developer with good knowledge of languages like CSS3, HTML and JavaScript is enough to develop the apps that are as good as native apps. Though they are not on par with the native apps, they are better when compared to the web ones.

The apps behave like the native apps when they are capable of tapping into the phone and use the features like geolocation, accelerometer, camera, etc. This framework taps into the hardware capabilities and provides excellent UX meanwhile in the process. It gives the best experience to the users who will hardly know that the app has been built and implemented on a cross-platform base.

PhoneGap is an open source platform which means it is substantially free. Anyone with minimum developing knowledge can get their hands on this platform and learn some things. There is a large community of developers who will guide the novice in the process. You can check out PhoneGap beginner’s videos and even get suggestions from some of the developers present in the community when you are planning to develop an app on this platform.

PhoneGap is powered by Apache Cardova and it is now a part of Adobe. The framework is backed by the best sources and it makes the entire framework reliable.

It offers some of the tools and other commendable features which help the developers in a long run. With the help of AEM mobile, the developers will be able to match all the activities of their apps from a single place. PhoneGap content sync will help in fetching the app content and cache it. You will be able to test and preview the changes that you make on the app with the help of this AEM.

PhoneGap build is compatible with several Cordova and PhoneGap plugins. Developers can extend the native functionalities by developing apps on PhoneGap.

PhoneGap’s biggest drawback is that it won’t support the plugins with hooks, and this can hinder the functionality. There are hooks in the WordPress that helps the developers in tying their code with the core code base, themes, and plugins in WP. In a similar way, PhoneGap doesn’t support the plugins that have hooks.

• Not Suitable for Gaming Apps

PhoneGap is a platform that is designed to develop simple applications. It failed to deliver gaming apps and isn’t suitable to build such apps because they freeze and have drop issues when any notifications come from their apps.

There are so many situations when the plugins that you have used are outdated and aren’t working efficiently. This situation can hinder the entire project completely. You may realize this halfway into the project and it may lead to some disastrous results too.

These are some of the PhoneGap examples. The below apps are developed on the PhoneGap framework platform and have been providing a commendable user experience for the users.

This free encyclopedia app has been used by so many people across the world. It is designed on the PhoneGap framework and the app works like the native applications.

This can be considered as big data for the small screens. It stands for the Demographic and Health Survey. The app has been developed by Adobe and provides the data related to health and survey data.

It helps in making international payments with ease. The hyperWallet technology is incorporated in this app for making the payments. This app is a great replacement for making payments instead of wiring or writing cheques.

This is a smart mobile app that will help the users when they are on their trips. It is one of the smartest apps designed on PhoneGap.

This article covers pretty much about everything that you want to learn about PhoneGap. As discussed above PhoneGap shore up versatile stages, which enable web engineers to create code using their current aptitudes and further send to multiple stages. In straightforward terms, it delivers a “WebView” with extensive capabilities and numerous applications.