How to add Bootstrap to Angular 10

Bootstrap :
Bootstrap is a potent front-end framework used to create modern websites and web apps. It’s open-source and free to use, yet features numerous HTML and CSS templates for UI interface elements such as buttons and forms. Bootstrap also supports JavaScript extensions. 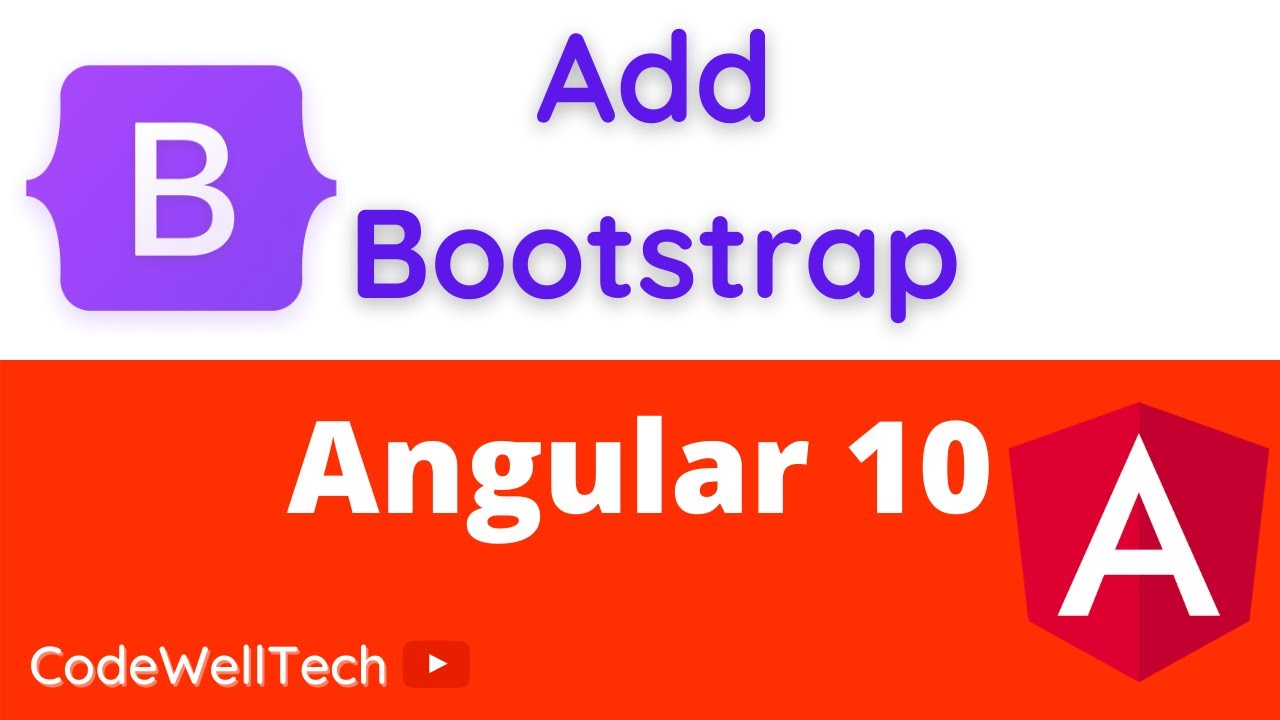 Angular 9/10/11 social login with google using angularx-social-login library example. In this tutorial, i will show you step by step on how to implement google social login in angular 11 app.

And also, this tutorial will show you How to login into Angular 10/11 application with google using angularx-social-login library in angular 11 app.

Angular 9/10/11 social login with facebook using angularx-social-login library example. In this tutorial, i would love to show you how to integrate facebook social login in angular 11 app.

And you will learn how to add facebook social login button with angular reactive login form.

Throughout this tutorial, we’ll learn how to use bootstrap 4 with Angular 10 (and any previous versions such as Angular 9) to make your Angular app responsive.

We’ll learn how to install (and uninstall) bootstrap in Angular from npm, cdn or using the ng add schematic, and add bootstrap to the styles/scripts arrays of the angular.json file. Next, we’ll learn how to build user interfaces with various components such as navigation bars, grid, date and time pickers, tooltips, carousels, modals, tabs, dropdowns, and forms.

We’ll also see the advantages of Angular implementations for Bootstrap —  ng-bootstrap vs ngx-bootstrap vs mdbootstrap. And see some popular Angular Bootstrap templates that you can use with Angular to quickly create your layouts.

3+ Ways to Add Bootstrap 4 to Angular

In this section, we will see ways to integrate Angular and Bootstrap to style apps built.

We’ll see how to integrate Angular with Bootstrap, in various ways including using ng-bootstrap and ngx-bootstrap packages.

These are the steps of our tutorial:

Bootstrap is the most popular HTML and CSS framework for building responsive layouts with ease and without having a deep knowledge of CSS (Still custom CSS is required to customize your design and make it different from the other Bootstrap-styled websites unless you are using a BS theme developed specifically for your requirements.

3+ Ways to Include Bootstrap 4 In Your Angular Project

You can include Bootstrap in your Angular project in multiple ways:

Angular 9/10/11 social login with google using angularx-social-login library example. In this tutorial, i will show you step by step on how to implement google social login in angular 11 app.

And also, this tutorial will show you How to login into Angular 10/11 application with google using angularx-social-login library in angular 11 app.