How to push notifications in Flutter 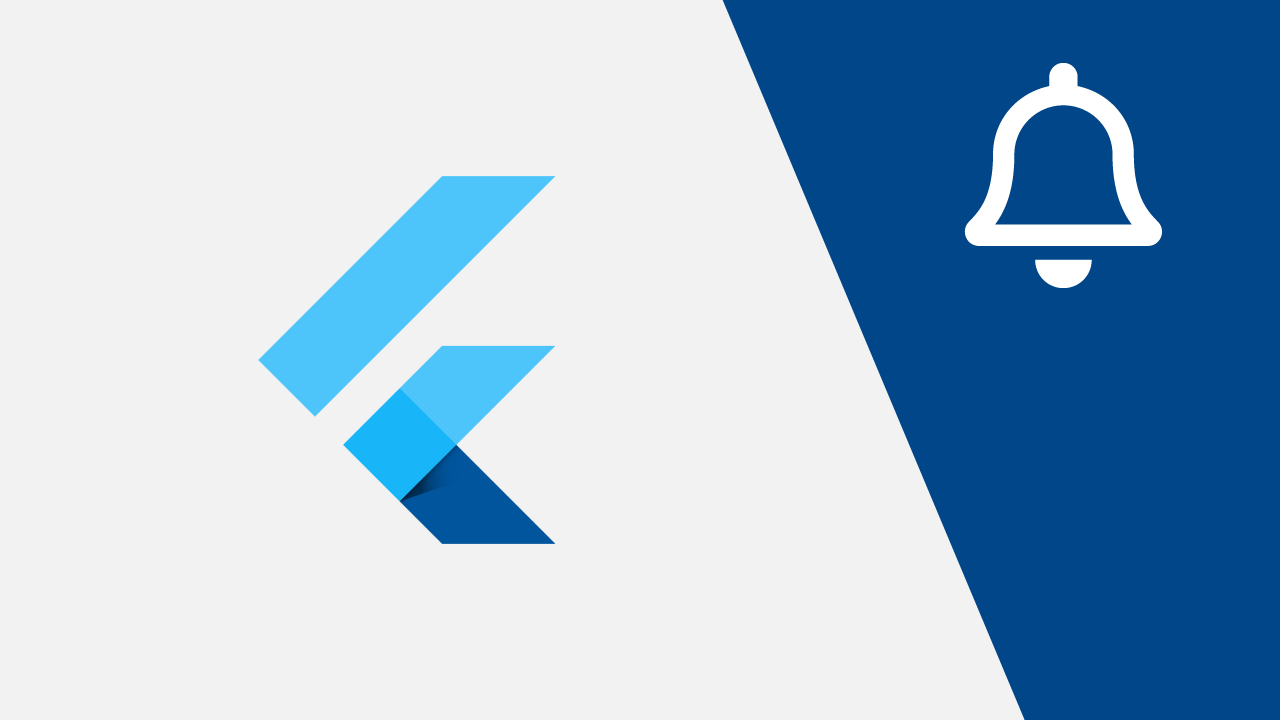 Note that this plugin aims to provide abstractions for all platforms as opposed to having methods that only work on specific platforms. However, each method allows passing in "platform-specifics" that contains data that is specific for customising notifications on each platform. This approach means that some scenarios may not be covered by the plugin. Developers can either fork or maintain their code for showing notifications in these situations. Note that the plugin still under development so expect the API surface to change over time.

If you run into issues, please raise them on the GitHub repository. Please do not email them to me as GitHub is the appropriate place for them and allows for members of the community to answer questions, particularly if I miss the email. It would also be much appreciated if they could be limited to actual bugs or feature requests. If you're looking at how you could use the plugin to do a particular kind of notification, check the example app provides detailed code samples for each supported feature. Also try to check the README first in case you have missed something e.g. platform-specific setup.

Contributions are welcome by submitting a PR for me to review. If it's to add new features, appreciate it if you could try to maintain the architecture or try to improve on it. However, do note that I will not take PRs that add methods at the Dart level that don't work on all platforms. However, platform-specific configuration through the use parameters are fine as that's approach being taken via this plugin.

Use this package as a library

1. Depend on it Add this to your package's pubspec.yaml file:

2. Install it You can install packages from the command line:

Alternatively, your editor might support flutter pub get. Check the docs for your editor to learn more.

3. Import it Now in your Dart code, you can use:

The GitHub repository has an example app that should demonstrate of all the supported features of the plugin. Please check the example for more detailed code samples. If you only copy and paste the Dart code then this will not work as there's setup required for each platform. Pub also generates API docs for the latest version here

The following samples will demonstrate the more commonly used functionalities. The first step is to create a new instance of the plugin class and then initialise it with the settings to use for each platform

Initialisation should only be done once and the place where this can be done is in the main function of the your application. Alternatively, this can be done within the first page shown in your app. Developers should look at the example app, which does the initialisation within the main function as the code below is simplified for explaining the concepts. Here we specify we have specified the default icon to use for notifications on Android (refer to the Android Integration section) and designated the function (onSelectNotification) that should fire when a notification has been tapped on. Specifying this callback is entirely optional. In this example, it will trigger navigation to another page and display the payload associated with the notification.

In the real world, this payload could represent the id of the item you want to display the details of. Once the initialisation has been done, then you can manage the displaying of notifications.

In this block of code, the details for each platform have been specified. This includes the channel details that is required for Android 8.0+. The payload has been specified ('item x'), that will passed back through your application when the user has tapped on a notification. Note that for Android devices that notifications will only in appear in the tray and won't appear as a toast aka heads-up notification unless things like the priority/importance has been set appropriately. Refer to the Android docs (https://developer.android.com/guide/topics/ui/notifiers/notifications.html#Heads-up) for additional information. Note that the "ticker" text is passed here though it is optional and specific to Android. This allows for text to be shown in the status bar on older versions of Android when the notification is shown.

Note that on Android devices, the default behaviour is that the notification may not be delivered at the specified time when the device in a low-power idle mode. This behaviour can be changed by setting the optional parameter named androidAllowWhileIdle to true when calling the schedule method.

Periodically show a notification with a specified interval

Show a daily notification at a specific time

Show a weekly notification on specific day and time

This is a "translation" of the sample available at https://developer.android.com/training/notify-user/group.html For iOS, you could just display the summary notification (not shown in the example) as otherwise the following code would show three notifications

Get details on if the app was launched via a notification

This should cover the basic functionality. Please check out the example directory for a sample app that illustrates the rest of the functionality available and refer to the API docs for more information. Also read the below on what you need to configure on each platform

If your application needs the ability to schedule notifications then you need to request permissions to be notified when the phone has been booted as scheduled notifications uses the AlarmManager API to determine when notifications should be displayed. However, they are cleared when a phone has been turned off. Requesting permission requires adding the following to the manifest

When specifying the large icon bitmap or big picture bitmap (associated with the big picture style), bitmaps can be either a drawable resource or file on the device. This is specified via a single property (e.g. the largeIcon property associated with the AndroidNotificationDetails class) and there will be a corresponding property of the BitmapSource enum type (e.g. largeIconBitmapSource) that indicates if the string value represents the name of the drawable resource or the path to the bitmap file.

Note that with Android 8.0+, sounds and vibrations are associated with notification channels and can only be configured when they are first created. Showing/scheduling a notification will create a channel with the specified id if it doesn't exist already. If another notification specifies the same channel id but tries to specify another sound or vibration pattern then nothing occurs.

When doing a release build of your app, you'll likely need to customise your ProGuard configuration file as per this link and add the following line

IMPORTANT: Starting from version 0.5.0, this library no longer uses the deprecated Android support libraries and has migrated to AndroidX. Developers may require migrating their apps to support this following this guide

By design, iOS applications do not display notifications when they're in the foreground. For iOS 10+, use the presentation options to control the behaviour for when a notification is triggered while the app is in the foreground. For older versions of iOS, you need to handle the callback as part of specifying the method that should be fired to the onDidReceiveLocalNotification argument when creating an instance IOSInitializationSettings object that is passed to the function for initializing the plugin. A snippet below from the sample app shows how this can be done

If you have set notifications to be periodically shown, then on older iOS versions (< 10), if the application was uninstalled without cancelling all alarms then the next time it's installed you may see the "old" notifications being fired. If this is not the desired behaviour, then you can add the following to the didFinishLaunchingWithOptions method of your AppDelegate class.

When using custom notification sound, developers should be aware that iOS enforces restrictions on this (e.g. supported file formats). As of this writing, this is documented by Apple at

NOTE: this plugin registers itself as the delegate to handle incoming notifications and actions. This may cause problems if you're using other plugins for push notifications (e.g. firebase_messaging) as they will most likely do the same and it's only possible to register a single delegate. iOS handles showing push notifications out of the box so if you're only using this plugin to display the notification payload on Android then it's suggested that you fork the plugin code and remove the following part in the iOS code

Unfortunately, this platform limitation does mean that it's not possible to use this plugin together other plugins for push notifications on iOS. If you are in this situation, then my only advice is that you'll need to need to look at writing customised platform-specific code for your application that may involve taking bits and pieces of code from the plugins you need.

As the plugin class is not static, it is possible to mock and verify it's behaviour when writing tests as part of your application. Check the source code for a sample test suite can be found at test/flutter_local_notifications_test.dart that demonstrates how this can be done.